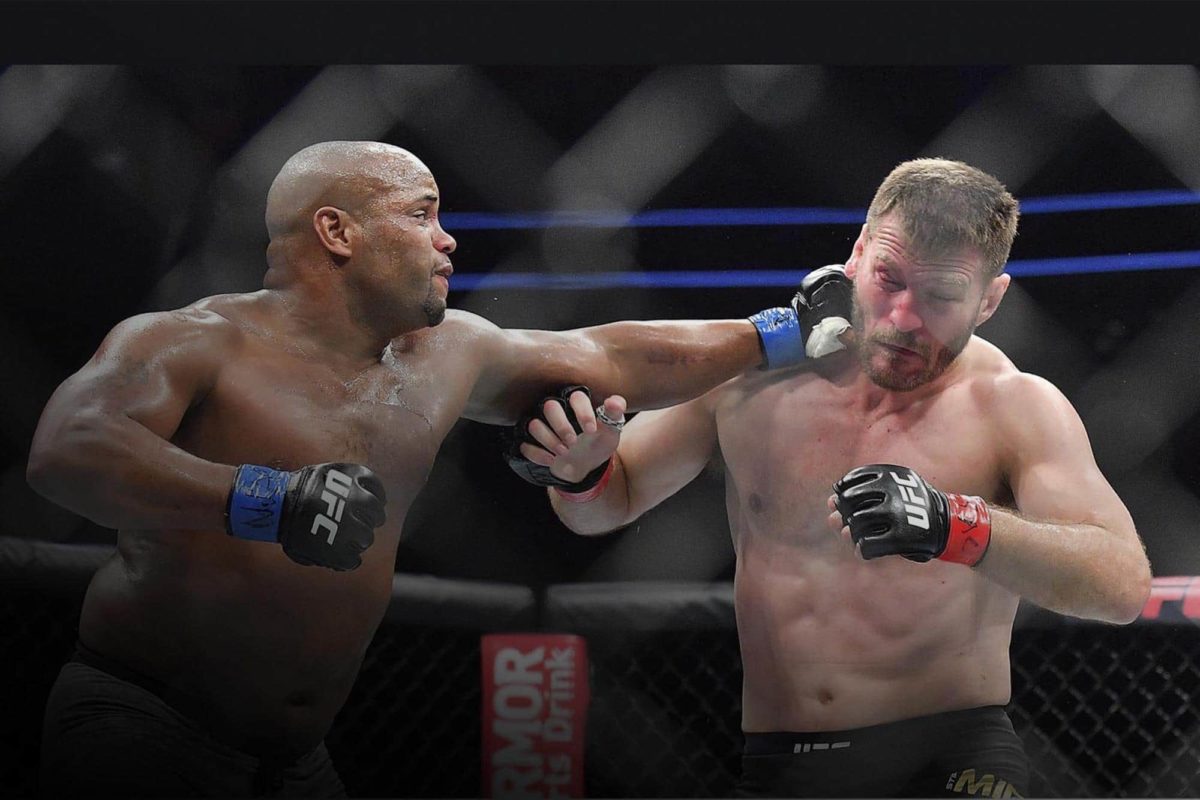 Top-10 Viewing Options: A man counting down the days until the Steelers and Fighting Irish to let him down once again pass the time with a great weekend of fights.

1. UFC 241: Finally, a PPV card that can actually deliver on its promise. Then again, was anybody clamoring for DC-Stipe II? The UFC clearly wanted DC-Brock for this spot, which would have been much more interesting, even though Stipe is a better fighter.

2. Kinektic 1: Much like QUINTET, which is NOT cool with Kinektic doing this, Kinektic, from co-owner Urijah Faber is a team-based grappling promotion featuring some huge names.

3. OneFC: Dreams of Gold: The Doctor is in. That’s right, Giorgio Petrosyan, fresh off OneFC granted him a bullshit rematch that he, of course, won. ONE is going to have him win this tournament, come hell of high water. Carries a lot of prestige to have the best kickboxer in the world on your roster. Even though Rico might have that crown now…

4. Emanuel Navarrete vs. Francisco De Vaca/Aslanbek Kozaev vs. Chris van Heerden: Navarrete-De Vaca is the only men’s boxing world title fight of the weekend, and the undercard is decent, if unspectacular.

5. KASAI Pro 6: I am a big fan of tournaments, especially one-night tournaments, and KASAI always delivers on that end.

6. Combat Jiu-Jitsu Worlds 3: The Welterweights: Grappling and wrestling rules the roost this weekend, and Combat JJ is a big of a part of that as any.

7. Lion Fight 58: Muay Thai, especially a top-notch American MT promotion like Lion Fight, getting a regular slot on an American sports network, even one like CBS Sports, is a great thing. ESPECIALLY if it translates to CBS airing a live card on their network channel, which I’m sure is the end-goal of Lion Fight. Remember, CBS was the first network to broadcast MMA.

8. Fight To Win 122: The weekend of grappling doesn’t stop, but is it a testament that not one of F2W’s bouts cracked the top-5 wrestling/grappling bouts of the weekend. That’s how great a weekend it is.

Bold, Yet Probably Fruitless Predictions: In the words of legendary manager Lou Brown…