AEW's Live TV Episodes In Boston And Philadelphia Sell Out 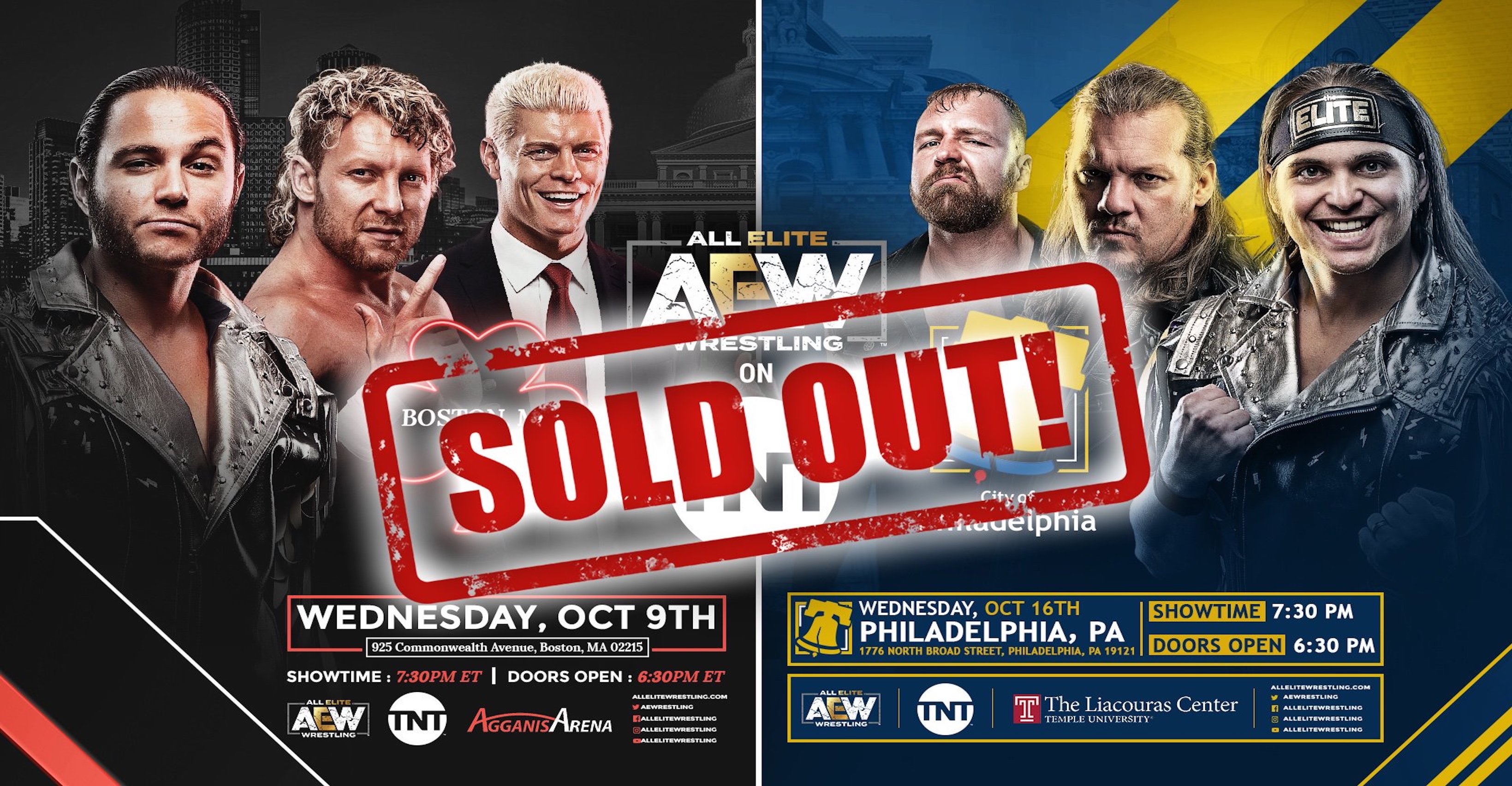 AEW's Live TV Episodes In Boston And Philadelphia Sell Out

The second and third episodes of AEW’s new TV show have sold out. The episodes, emanating live from the Agganis Arena in Boston and the Liacouras Center in Philadelphia, will take place on Wednesday, October 9 and 16 respectively.

The sellouts occurred on August 16 and follow up the sellout of AEW’s premiere episode that will happen in Washington, D.C. on October 2. The new show will air live every Wednesday night on the TNT Network.

All of this is certainly good news for pro wrestling fans, despite whether or not they follow AEW. The sellouts prove that the wrestling fanbase as a whole is strong and that the desire to watch the sport live is indeed alive and well.

But it also shows that fans are ready for something different than the WWE product. It’s a fact that AEW has used to its advantage, both in the marketing and development of the brand. AEW offers fresh faces, as well as some familiar stars, for a unique mix that many fans outside of WWE have perhaps never seen before.

AEW’s journey on TNT begins after its next big event, which is August 31’s All Out. All Out will see the first ever AEW World champion crowned when Chris Jericho faces off against Hangman Adam Page. Other top matches include Cody Rhodes versus Shawn Spears and Jon Moxley versus Kenny Omega. AEW is also promising the official unveiling of its Women’s World Championship.