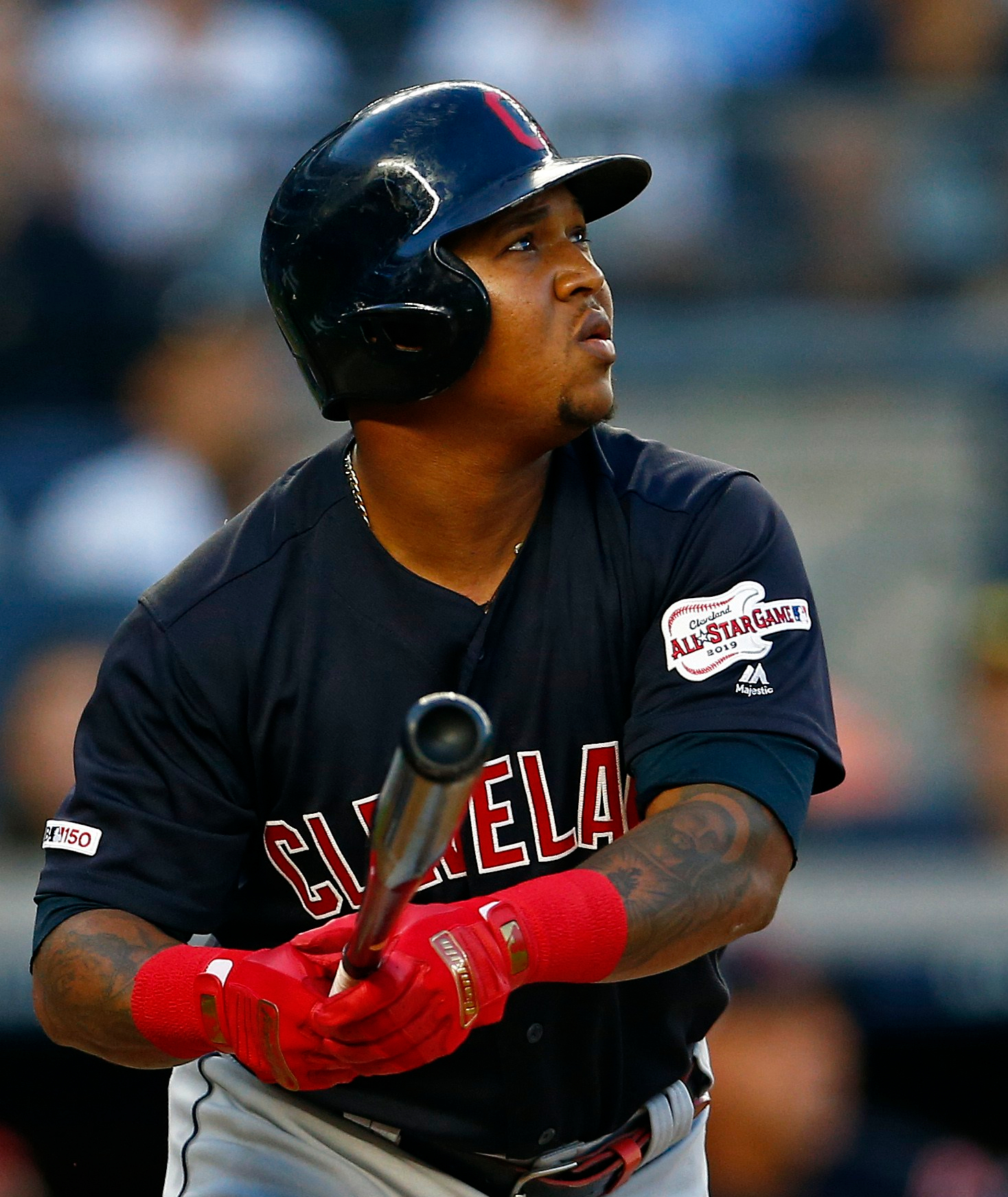 Jose Ramirez had one of the best games of his Major League Baseball career on Thursday at Yankee Stadium. Ramirez hit his first career grand slam and tied a career high with six runs batted in during a game as the Cleveland Indians pounded the New York Yankees 19-5.

Ramirez’s first home run in the first inning was his grand slam. It came off of Yankees starting pitcher Chad Green. It would not take long for Ramirez to go deep again as he hit a two run home run off of Jonathan Loaisiga to put the Indians up 9-1 in the second inning.

Ramirez was one of two Indians hitters to have a two home run game on Thursday. Carlos Santana also hit two dingers. As a team the Indians had seven home runs, as Jason Kipnis, Greg Allen and Roberto Perez also hit solo shots.

The Indians collected their 19 runs on 24 hits. Cleveland’s best inning was their first as they scored seven times. Allen and Santana had monster games for the Indians as well. Allen got four hits in five at bats with four runs scored and four runs batted in. Santana also scored four times and had three hits and three runs batted in. All of Santana’s hits were extra base hits. Besides the two home runs, Santana also had a double.

It should be noted that Indians starting pitcher Adam Plutko had a quality start. He only gave up three earned runs in six innings pitched for his fifth win of the season.

Thursday’s game was also a prime example that this opener experiment that Major League Baseball teams are starting to utilize on a regular basis does not work. Green was simply terrible on Thursday as he gave up five earned runs in a third of an inning and saw his season earned run average go from 4.69 to 5.59.

The Indians are half a game back at the moment of the Minnesota Twins for first place in the American League Central. The Twins were involved in a slugfest themselves as they beat the Texas Rangers 13-6. The Yankees are still completely in control in the American League East as they have a nine and a half game lead over the Tampa Bay Rays.