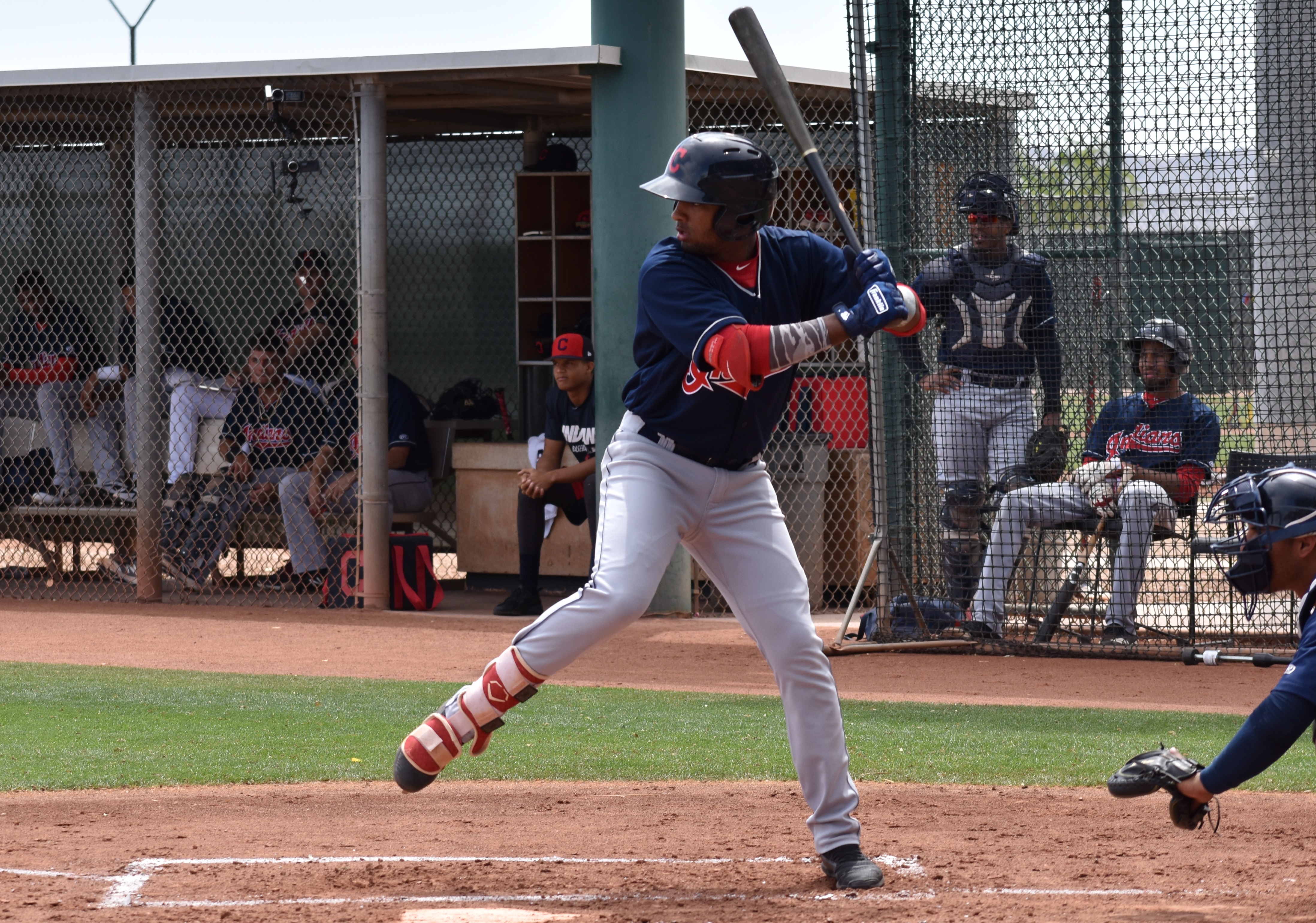 Trying to find a new definition for how bad a baseball team can be, the Indians/Brewers co-op squad lost 15 of their last 19 games to finish the season 17 and 52 (.246 winning percent) more than 100 points lower than the next worst team (DSL Nationals). The majority of the offense on this team was provided by the Brewers with just four Indians position players spending significant time with the team, one of whom, Junior Sanquintin, finished the  season with the DSL Indians. The Indians did provide ten pitchers for the squad, giving them slightly less than half of the pitching staff.

On a team that was simply dreadful during the entire season, it can be difficult to pick a single player who was the best. This is made even more difficult by the fact we are only looking at the Indians side of the team while almost all the offense was provided by the Brewers. With that in mind, starting pitcher Yeury Gervacio was the MVP of the Indians side.

The 20 year old, left handed Dominican born player was in his second season in the Dominican Summer League and made huge strides. After posting an ERA above 5.00 last year, he finished the year with a 3.55 ERA, 49 strike outs and 24 walks in 50.2 innings across 12 starts. He lead the team in innings and WHIP, coming in third in ERA (behind Erick Heredia and Edwin Jimenez [MIL]) and second among starters.

The Indians/Brewers coaching staff must have thoroughly enjoyed a pair of relievers supplied by Cleveland in David Flores and Erick Heredia, the only relievers on the team to pitch more than 15 innings and hold an ERA below 4.30. They combined for five of the teams nine saves. Flores was particularly impressive with a K/9 above nine and 12 scoreless appearances out of his 18.

If I hadn’t seen him in person, I would have probably dismissed the season of Henyer Gomez as he hit .180/.282/.249 in his rookie season. He also committed a significant amount of errors while splitting time between second, short, third and left field. He was a good defender when I saw him play in Arizona, so I have to question the field conditions and coaching staff in the DSL some on this account.

The positive side of Gomez’s game this year was his speed as he hit four triples and stole 14 bases in 20 attempts.

There was a lot of bad on the DSL Indians/Brewers this year, but the ones that were truly problematic were Ronald Parra and Felipito Santos, two 20+ year old relievers. Parra was released by the Dodgers following the 2017 season and is now in his second year with the Indians in the DSL. He walked 31 this year in 21 innings with 13 wild pitches and hit four batters. He did strike out quite a few batters and didn’t allow a home run, but given his age and control issues, he should be released following the season.

Santos is the same age, but is playing in just his first season in the DSL, so he deserves a little more wiggle room. However, he allowed four home runs in 31.2 innings while walking 38 and striking out just 12. He added eight hit batters and 16 wild pitches, exhibiting the wildness of Parra without the swing and miss ability. Santos started the season as a starter, but was moved to the bullpen due to his struggles and was arguably worse out of the pen. As a reliever, he had zero scoreless appearances, giving up 20 earned runs in seven innings.