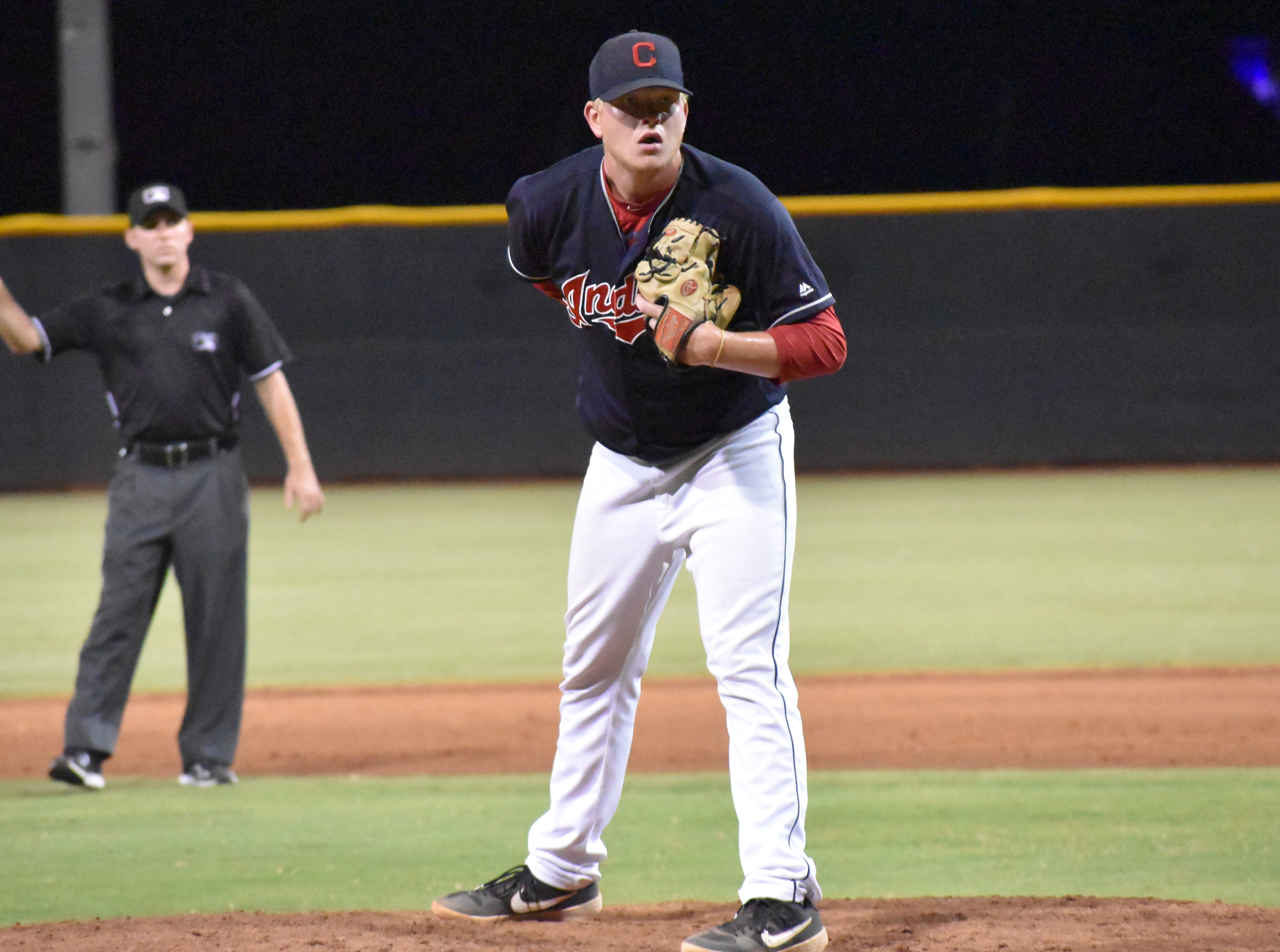 The a few of the Indians minor league teams have a shot or are already set for the 2019 play-offs, but the first into the fray was the Arizona League Indians Blue. After winning the first half divisional title to earn a play-off berth, Indians Blue finished with the third best overall record for the season to earn home field advantage during the first round.

In the Arizona League, the first two rounds of the play-offs are single games with the winners moving on with a best of three set to determine the champion. For the first game, Indians Blue went with their top pitchers, Jordan Jones and Randy Labaut, against Athletics Gold. Charles Hall started for the A’s.

Jones, featured in the video above, went the first four innings and allowed three hits and one walk, striking out six. The only run scored in the entire game by Oakland came as a solo home run hit by Joshwan Wright in the fourth inning against Jones.

The Indians used three hits in the second inning to take the initial lead as Jose Colina and Victor Nova both singled. With two outs, Nova stole second, then both runners scored on a Michael Amditis line drive single to right center.

Both Hall and Jones would keep things close through the first five innings, but when the A’s went to the bullpen in the sixth, the Indians started to pull away. Jose Tena and Jhonkensy Noel each hit solo home runs off Chase Wheatcroft, knocking out the first A’s reliever after he retired just one batter. Jesus Lage finished the sixth, but struggled immediately starting in the seventh, walking Amditis and hitting Jesus Maestre. He was replaced by Brady Basso who walked Pedro Alfonseca and threw two wild pitches to allow two more runs to score.

Labaut pitches in relief for Indians Blue during their 2019 play-off game against A’s Gold.

As the Indians were busy scoring, Randy Labaut was dominating on the mound. Starting in the fifth inning, Labaut stayed in the game into the beginning of the ninth. The A’s were completely unable to predict whether it would be his mid-90’s fast ball or solid slider and he ended up striking out eight in 4.1 innings. Going into the 9th, he had just allowed one hit and no walks, but he was visibly tiring going into the final frame. Generally used in long relief, Labaut had never pitched more than four innings prior to this appearance.

After getting the first out in the 9th, he hit a batter, gave up his second hit and first extra base hit (again to Wright) and walked his first batter before being replaced by Nic Enright. The Indians closer struck out both batters faced to strand the bases loaded and give the pitching staff 16 strike outs on the night.

With the win, Indians Blue will move to the second round in the play-offs where they will play Padres 2 at Peoria Sports Complex tonight (6:00 PM Pacific time, 8/28). Also winning their first game last night, the AZL Rangers will head to Scottsdale to take on the top team in the regular season, the Giants Orange. The winners of these two games will play a three game series from August 29th through August 31st. If the Giants win, they will have home field advantage over either the Indians or Padres 2 while either of those teams would have home field advantage over the Rangers.

Noel hits a home run for Indians Blue against the A’s Gold in the 2019 AZL play-offs. – Joseph Coblitz, BurningRiverBaseball

Indians Blue have played five games against Padres 2 this year and won the first three (21-13 total runs scored), but lost the last two (2-17).