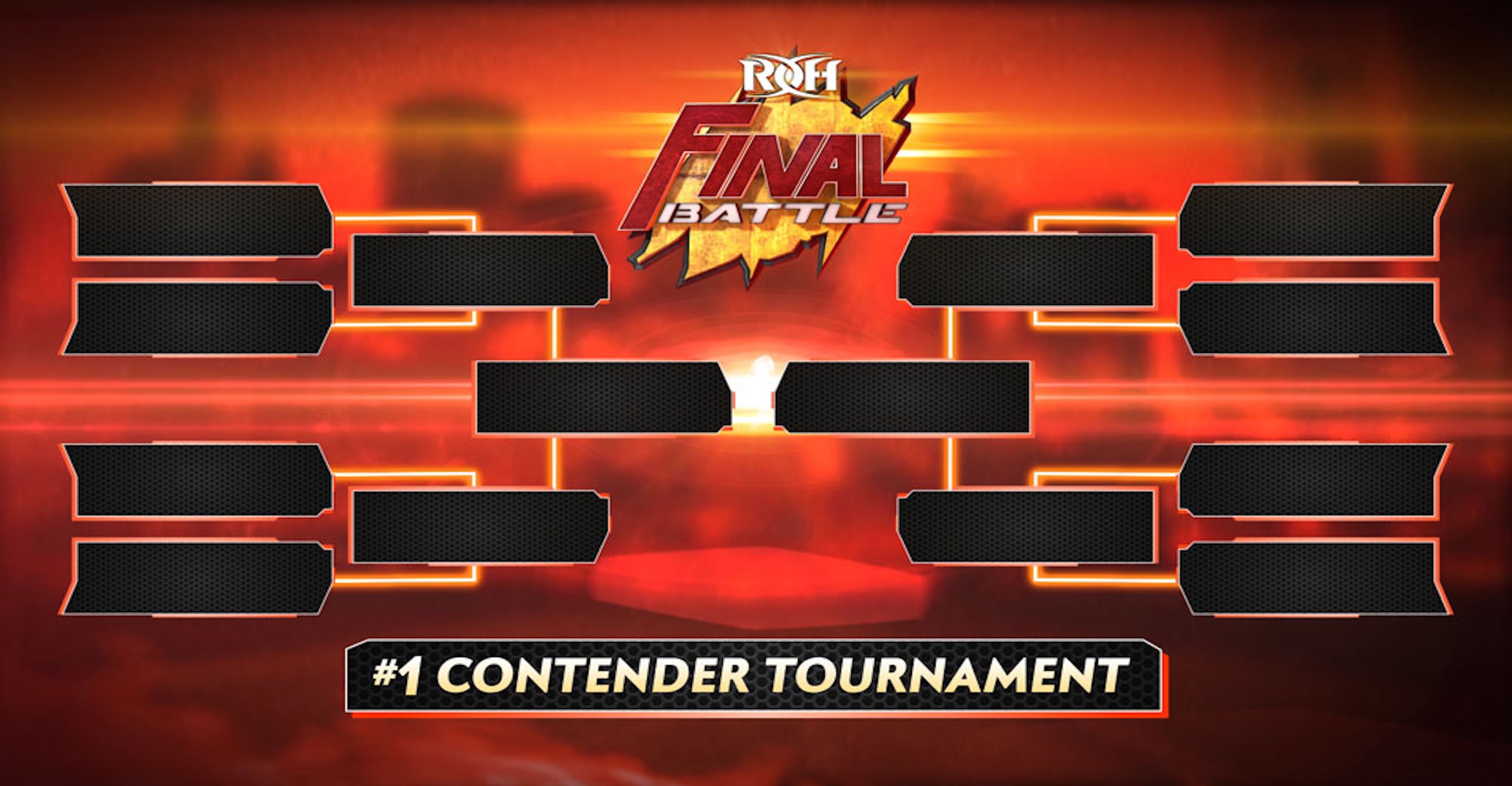 Ring of Honor has announced the final four entrants to its No.1 Contender Tournament for the World Championship. The announcement was made on August 30 via ROH’s social media, setting the stage for the tournament that’s to come.

Colt Cabana, Mark Haskins, Bandido and PCO round our the field of eight who will vie for the company’s top prize. The final four stars join the previously announced Marty Scurll, Jay Lethal, Dalton Castle and Kenny King. Of the total, only Lethal and Castle have previously held the Ring of Honor World Championship.

The tournament is set to conclude on December 13 at Final Battle in Baltimore, Maryland. The current champion, Matt Taven, is not booked to face Jeff Cobb, who recently won a title opportunity. ROH newcomer and Mexican sensation RUSH also wants a championship shot at Taven, but a match between the two men has also not been booked as of yet.

Taven has held the championship since April 6, when he won a 3-Way Ladder Match against Lethal and Scurll at the G1 Supercard. Matt was not the favorite to go over in that bout, but ROH has kept the title on him since then and he’s beaten a who’s who of talent in that company in the months that followed.

Taven has successfully defended the title against Flip Gordon, PCO, Mark Haskins, Tracy Williams, Cobb, Lethal, Kenny King, Alex Shelley and J.T. Dunn. Whether or not he will be the World champion at the Final Battle event in December remains to be seen.