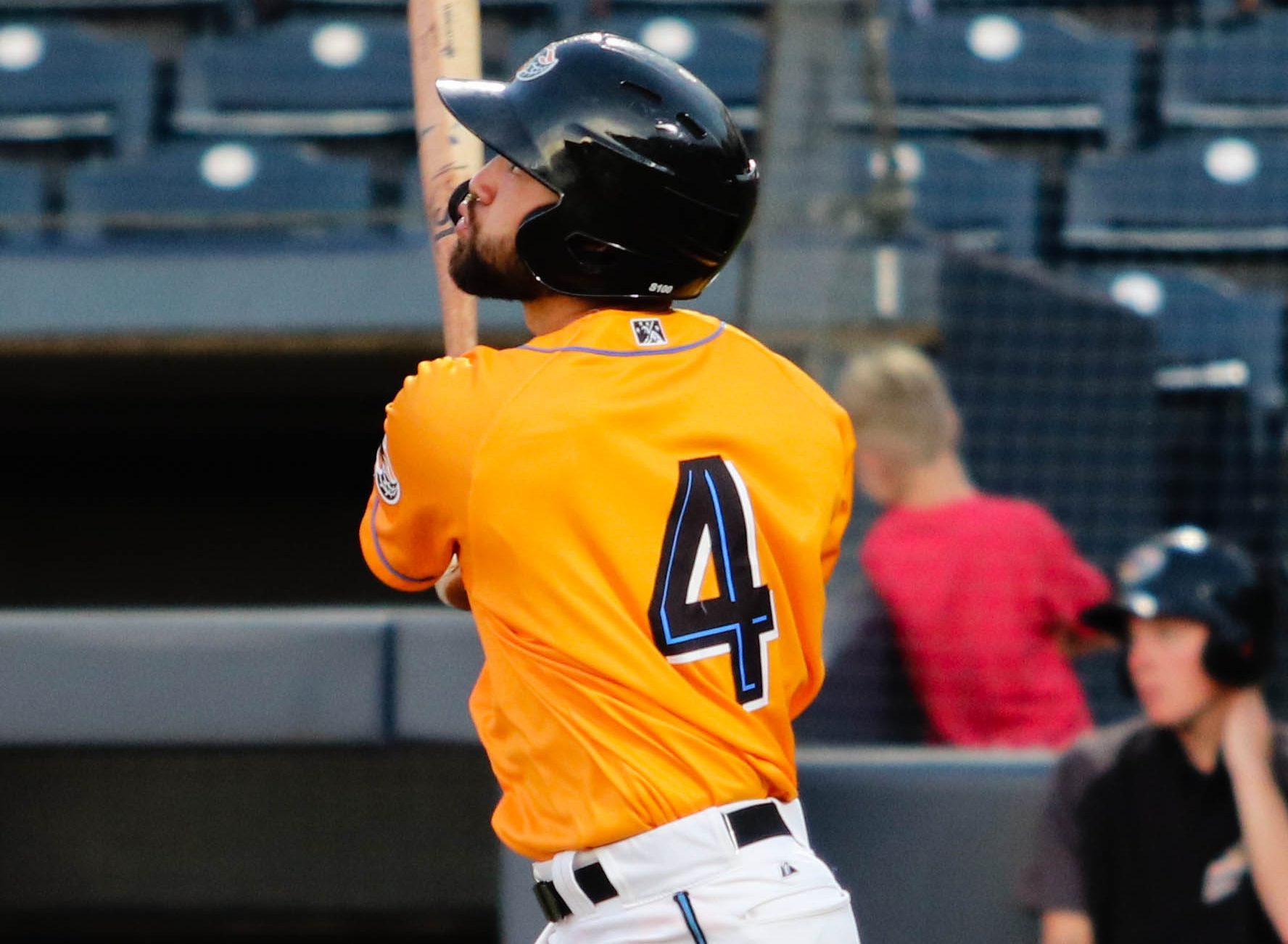 The 2019 Akron Rubber Ducks have completed there regular season Monday night. With a record of 61-79, the Ducks will obviously not be making any post season appearances this season. Although Akron did not win as many games as they would have liked there were many instances of individual success and progress made by many players throughout the season.

Many of the players that enjoyed the most success in Akron were not on the team long enough to be considered for the MVP award. Zac Plesac and James Karinchak were nearly unhittable during there time in Akron. However, they were only in Akron for a small part of the season before being promoted. Nolan Jones was starting to ramp up near the end of the year after being promoted from Lynchburg, but, he was only on the team for 49 games.

I considered both middle infielders, Ernie Clement and Alexis Pantoja. Clement was injured at beginning of the season. Although he had a decent year, (.261/.314/.322) it was not his best year. Because of that, he didn’t do enough to earn the award. Pantoja played in a team high 117 games and had his best offensive season as a professional. However his slash line of .257/.304/.317, is worse than what Clement did, and wasnt enough to merit an MVP award either.

In the end, it came down to Jake Paulson and Ka’ai Tom. Paulson was with the team all season. Paulson made 26 appearances, including 18 starts. He pitched 120 1/3 innings, which was third on the team. He compiled an 11-7 record with a 3.66 ERA. Eleven wins on a 61 win team is significant. Not quite enough for team MVP however.

Although Tom only played in 81 games, he was brilliant during his time. With Akron, Tom slashed at an incredible .285/.386/.512. Tom was easily the best and most consistent player for Akron during the 2019 season. Between Akron and Columbus combined, Tom truly had an amazing year. He had twenty-seven doubles, ten triples and 23 home runs. The majority of that production came in Akron and is why Tom is the Ducks MVP.

Make no mistake. Ka’ai Tom had the best season of any of the Indians minor league position players. He had a total of 60 extra base hits and a combined slash line of .290/.380/.532 with an OPS of .912. In the entire Indians minor league system Tom was first in plate appearances, triples, RBI, OPS and total bases. He was second in runs, fourth in hits and fifth in at bats, home runs and walks. Truly a remarkable season. He will likely start next season in Columbus. He has a daunting task to try and crack the major league lineup. However, the numbers he just put together this past season cannot be ignored. Tom has re-established himself as a legitimate prospect. With continued success he is on his way to the major leagues sooner rather than later.

By the end of the season the Rubber Ducks roster did not have a lot of future Stars. Obviously Nolan Jones is the best of the group. He is the Indians number 1 rated prospect and 44 in MLB pipeline top 100. With an outstanding Arizona Fall League and a big spring training Jones has an outside chance at the third base job with the Indians next year. More than likely though, he would have a better chance at a mid-season call-up next season or possibly the following season.

In addition to Jones, Robert Broom is a guy that could be a major part of the Indians bullpen as soon as next season. Broom was drafted last summer in the 10th round out of Mercer. In less than two full seasons he, along with many others, has climbed all the way to Akron and could be pitching in Columbus as early as next season. Broom hasn’t gotten as much hype as others from his draft class but he has put up numbers that warrant some hype. Over the last two seasons Broom has pitched 90 1/3 innings. He has given up only 48 hits and just two home runs. In addition to that he has struck out 107, while only walking 33. His WHIP is a minuscule 0.897 and he is striking out 10.9 per nine in innings.

Connor Marabell and Trenton Brooks both fall into the under appreciated category. Neither is considered a top prospect within the Indians organization and both quietly had very productive seasons.

Trenton Brooks was drafted in the 17th round in 2016. He struggled with injuries his first couple of seasons with the Indians. However, last season, at Lynchburg, Brooks put together a very solid season. He slashed at a .282/.361/.407 rate over 107 games and 446 plate appearances. Because of a backlog of outfielders in the Indians double-A and triple-A affiliates Brooks started this season back in Lynchburg. He started slowly there but was sent to Akron anyway to clear room for Will Benson to play in Lynchburg. After his promotion Brooks put together quite a stretch of outstanding baseball. In 65 games over 264 plate appearances Brooks slashed at a .274/.333/.502 clip. For the season between both teams he had 33 doubles, 3 triples and 12 home runs. Remarkably 34 of his 48 extra base hits came after he was promoted to Akron. Brooks will most likely start next season in Akron. If he can continue with the progress he has made and, continue to improve, he could put himself on the Indians top prospect map.

Connor Marabell has had a couple of really outstanding seasons in the five seasons he has been with the Indians. Back in 2016 he opened up some eyes with his amazing 57 extra base hits season that included 45 doubles. Last year, mostly in Akron, he came back with 49 extra base hits, 73 RBI, and a slash line of.275/.315/.448. Despite all that he started the year back in Akron. Although he wasn’t quite as good this season he still had 36 extra base hits, 59 RBI, and a slash line of .264/.313/.377. Marabell is a solid contributor who continues to grind on a daily and yearly basis. He just set career highs for both games played and plate appearances. Marabell ended the season in Columbus for the second year in a row. Next year he should start the season there. Marabell is in a position where Cleveland has a lot of upper level minor league depth. He is going to need a Ka’ai Tom type of breakout season to really give himself a chance to move up to the majors.

Tyler Krieger just completed possibly his worst season as a professional. He had a number of injuries that derailed his season. Krieger is only 25 and has had a couple of outstanding seasons in the minors. However, he has fallen behind Yu Chang, Mark Mathias and Ernie Clement. Tyler Freeman will be passing him shortly on his way to Cleveland. With Bryan Rocchio and many of excellent middle infielders on the way up, Krieger has reached a critical juncture in his career with the Indians. Next season could be his last chance to re-establish himself as a legitimate prospect for the Indians.