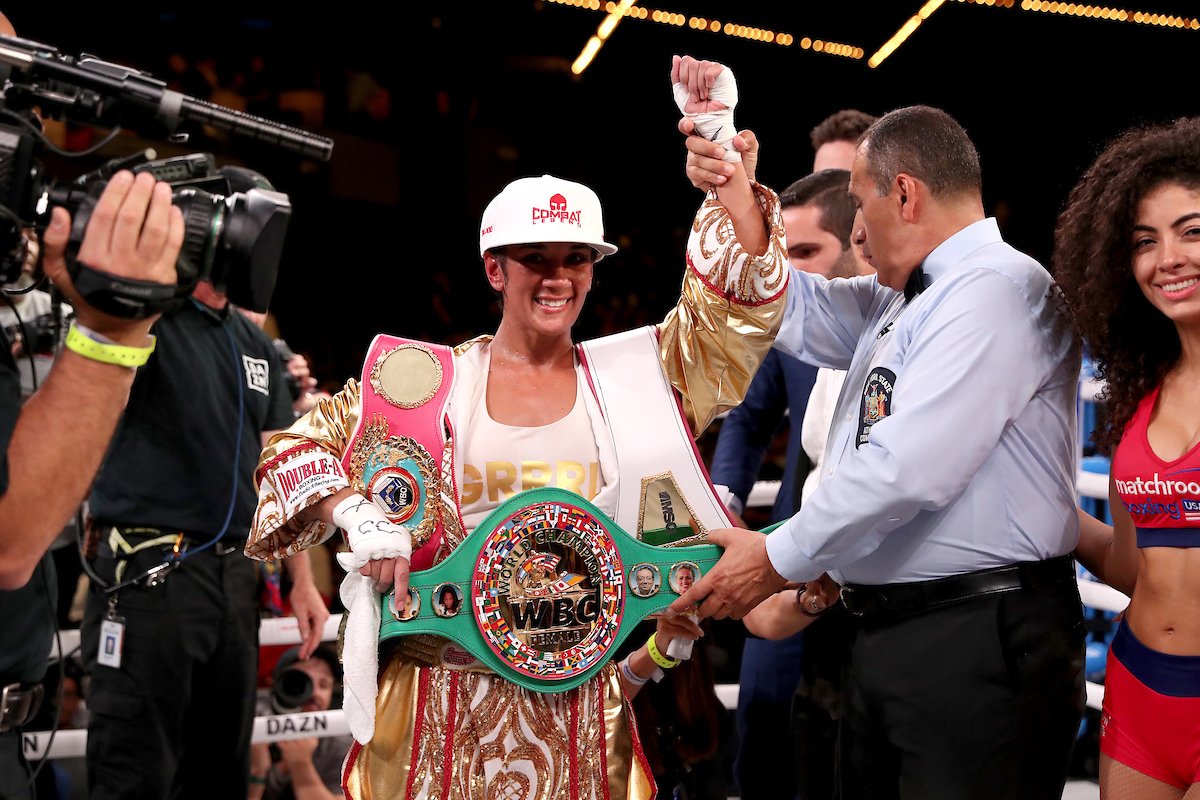 In a matchup pitting the best female fighters in boxing today against one another, the younger of the two reigned supreme. Amanda Serrano defeated Heather Hardy inside Madison Square Harden’s Hulu Theater via unanimous decision, 98-91, 98-91, and 98-92. Double G Sports and The Sports Daily had it 97-92 in favor of Amanda.

By beating Heather, Amanda (37-1-1) won the WBO Featherweight Title and became one step closer to a bout against Katie Taylor.

“I say let’s go, but Katie Taylor’s going up to 140 so let’s see what she wants to do,” Serrano stated after the bout. “No matter where it’s at or what weight, I’m gonna win.”

In Serrano’s last fight, she defeated Eva Voraberger in less than a minute. It appeared as though that would be the same result here, as Hardy (22-1, 1NC) had no answer for Serrano’s intense power. The seven-division champion had Hardy against the ropes (literally and figuratively), and if it wasn’t for the bell Hardy may have been out.

If there is one thing we should know about Hardy, however, it is that she is resilient. A fighting mom, Hardy managed to keep pace with Serrano in the later rounds. Putting pressure on Serrano, who used a lot of energy in the first three rounds, Hardy stormed back in the fifth. Using her jabs, Hardy backed up Serrano. The middle rounds saw her rise up and show who she truly is, if only for a moment.

While Serrano’s face was swelling up due to Hardy’s multiple shots to the head, it was all for naught. Hitting combination shots to the body and head of Hardy, Serrano received that energy Hardy had in the prior rounds. In the last few moments, both swung away, making for an epic affair that lifted the exuberant MSG crowd to their feet.

“Heather is as tough as they come and she’s a champion for a reason,” Serrano went on to say. “She came to fight, but I was the better girl tonight. She’s just not on my level yet.”

In total, Serrano landed 222 of her 578 punches thrown, while Hardy landed 131 out of 498. The woman with 27 wins via knockout showcased her striking ability early and often.

It was a massive win for Matchroom Boxing, but more importantly, for women’s boxing. Following the bout, Eddie Hearn and Lou DiBella praised both women and even stated a Serrano v. Taylor matchup could main event Madison Square Garden.

Even with a loss, Hardy will most likely remember this night. A longtime advocate for equal rights for female fighters, this fight got the eyes she has been hoping for since she started competing. The same could be said for Serrano, who adds to her already impressive resume.

On Friday, September 13, women’s boxing was the talk of the town on a card filled with talent. That’s not scary at all, just impressive and about damn time.