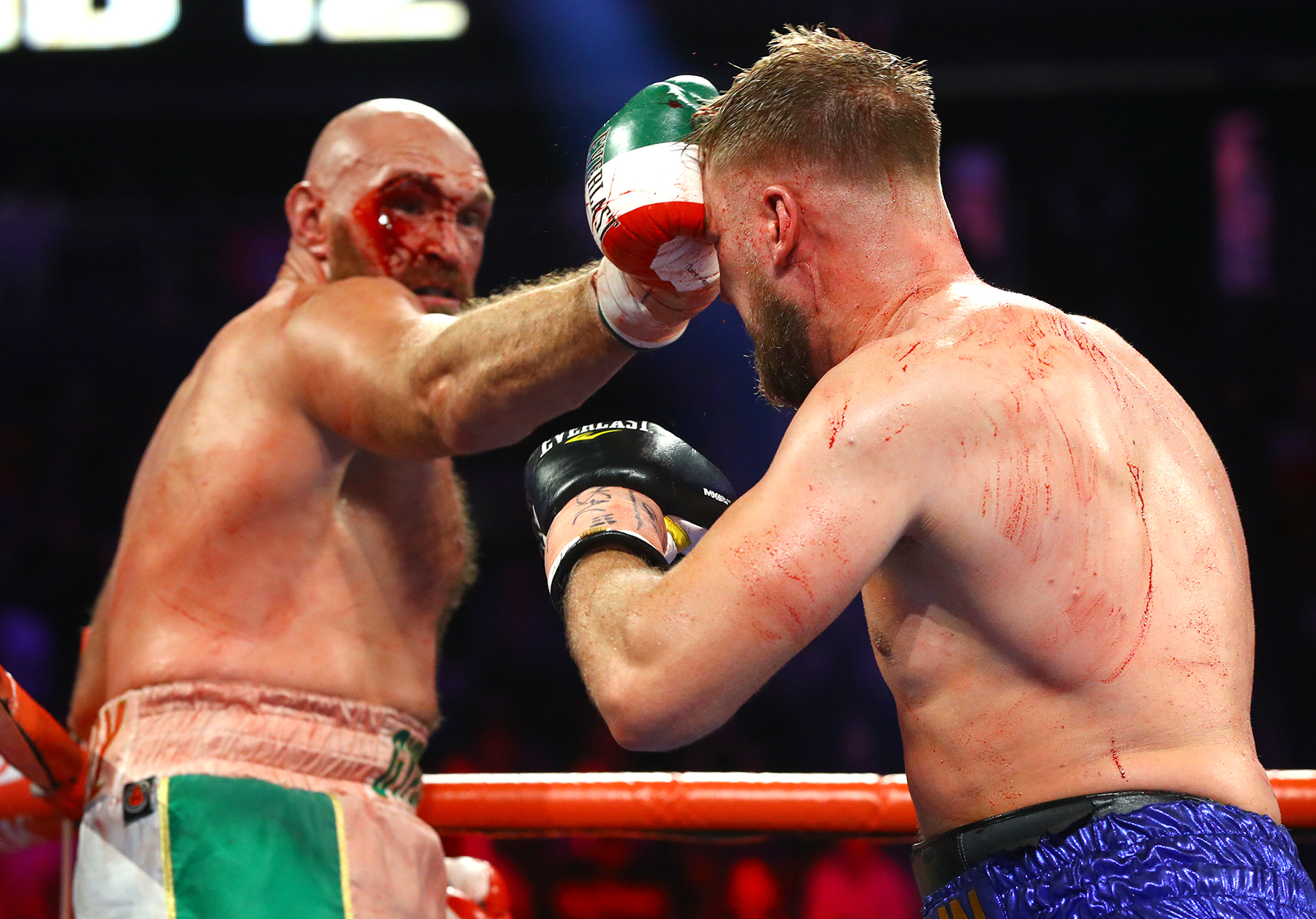 In what was considered a shock to many, Tyson Fury had the fight of his life against Otto Wallin inside the T-Mobile Arena in Las Vegas, Nevada. With several cuts above his eye, Fury stormed back and beat the Swedish star via unanimous decision, 116-112, 117-111, 118-110.

“I am a Gypsy warrior and this is Mexican Independence Day. Come on Mexico!” Fury stated after the bout. “It was a good performance and I got a good 12 rounds in. Otto Wallin was a tough Swede. Blood, guts, heart and all was shown tonight.”

Over the past few weeks, Eddie Hearn, Matchroom and even those over at Showtime criticized Tyson Fury for the fights he was getting at Top Rank. First, there was Tom Schwarz, who Fury (29-0-1) outclassed. Next was Wallin (20-1, 1NC), who many didn’t give a chance either. Just like Andy Ruiz Jr. against Anthony Joshua, however, Wallin made Fury battle like he was fighting against Deontay Wilder.

Wallin proved that he isn’t just a test run for Fury, but truly the real deal.

“I was happy that he was cut but I wish I could have kept up a little more on it,” Wallin stated after the fight. “But my performance tells me that nobody can question my heart and question that I’m a good fighter.”

A 30-1 underdog, Wallin started the fight hot right out of the gate. Using quick strikes, he held Fury against the ropes in the first and second round. By the third, however, Fury had woken up. During that time a cut was opened up above Fury’s eye, creating a true opportunity for Wallin. By the end of the night, there were at least three deep cuts that affected Fury’s vision.

The cut got worse, at one point needing the doctor to take a look at it. Once Fury was cleared in round six, that’s where the momentum shifted. Fury threw shot after shot at Wallin, backing him against the ropes and tiring him out. In true wrestling heel fashion, Wallin actually raked the cut with his gloves in an attempt to worsen Fury’s vision.

Tyson Fury with a NASTY cut over his right eye pic.twitter.com/DFbqdDVmwW

That only motivated “The Gypsy King” to take this fight seriously.

Fury’s punches intensified and he tightened up his defense, creating almost no holes for five straight rounds. Even as the cut got worse, Fury didn’t seem to let it affect him. Painful body shots in the 10th and 11th were key in giving him his first real advantage of the night.

The twelfth round saw Wallin force one last impressive run, but it wasn’t enough to take care of Fury, who’s late comeback sealed the deal. Scorecards from this writer had it 115-113 Fury.

Following the bout, Fury called out Wilder, who is set to face Luiz Ortiz in a rematch in November. If everything goes according to plan, a rematch between Fury and Wilder should be happening in February of 2020.

“Deontay Wilder, I want you next, bum!” @Tyson_Fury calls out @BronzeBomber after his victory 👀 pic.twitter.com/Kznky4WHEI