Cole or Verlander? Deciding the winner of the AL Cy Young Award 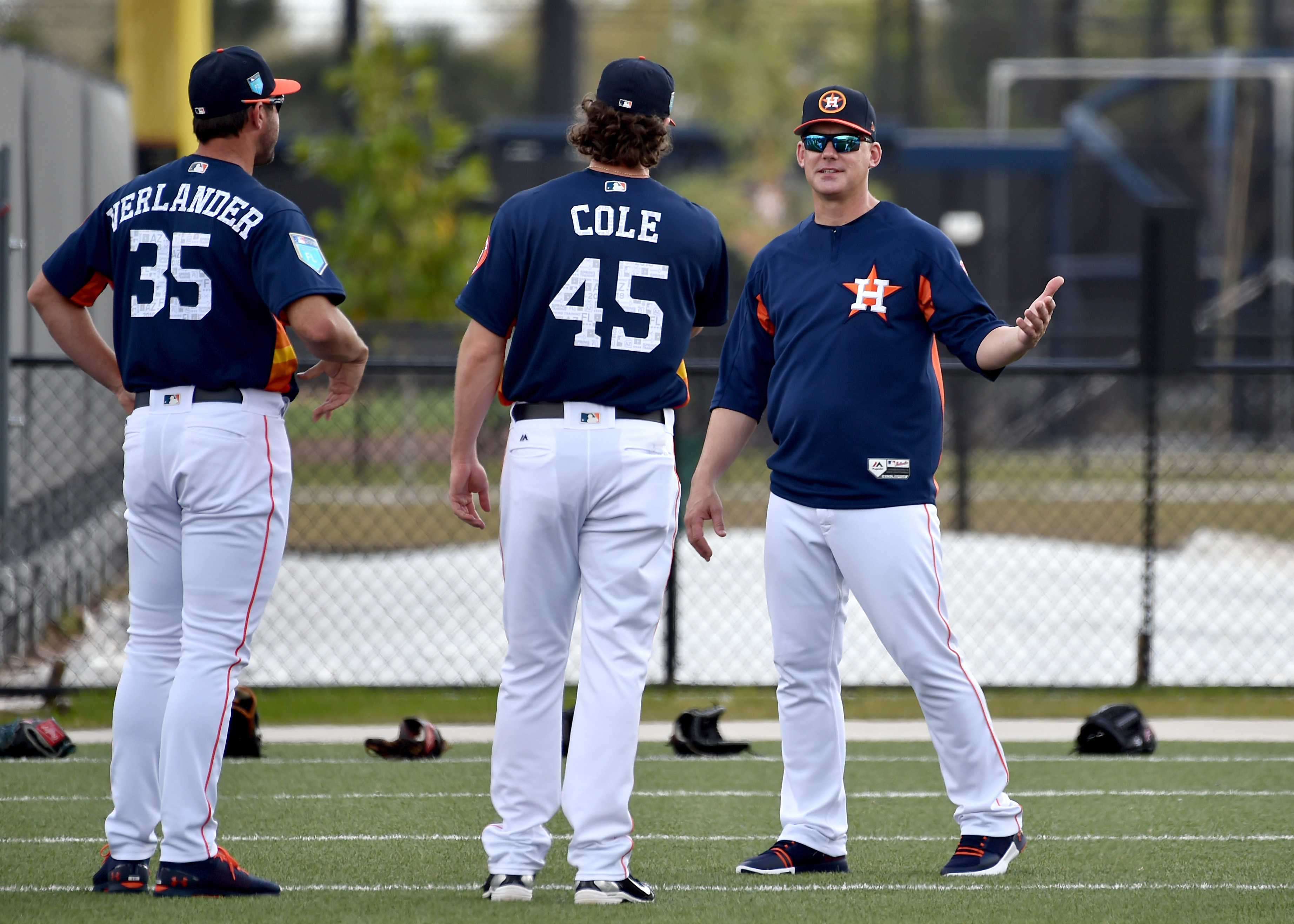 Cole or Verlander? Deciding the winner of the AL Cy Young Award

While the Astros will be competing for their second World Series title since 2017, two members of their pitching staff are having a competition of their own. In a stacked American League, Justin Verlander and Gerrit Cole are in a battle for the AL Cy Young Award.

In a game of “anything you can do, I can do better”, Cole and Verlander are both in another zone. Verlander leads the league in innings (212) and ERA (2.50), while Cole has the lead in strikeouts with 302. Verlander, already with a no-hitter this year, needs about 17 punchouts to reach 300 and just 11 to reach 3,000 on his storied career.

While other stars like Lance Lynn, Lucas Giolito and Domingo Herman all make great cases for the award, there is no doubt that Cole and Verlander have blown the competition far, far away. It is a matter of who hands it over to who at this point.

So, who will win the award, cementing themselves as the best pitcher in the AL this year?

While Cole has the strikeouts and scoreless streak, Verlander’s overall numbers are astounding. While some of the advanced stats are out there, to say the least, the numbers result in outcomes that benefit both him and the team. Justin has a .782 WHIP, the first man to have one that low since Pedro Martinez in 2000. He also has a career-high ERA+ of 183.

If those stats are giving you a headache, let’s slow it down: Verlander has given up 59 earned runs, the least amount since 2015 when he had 50. He also has six losses, the lowest he’s ever had since his MVP season in 2011.

Cole, on the other hand, has a league-leading 2.78 FIP (according to FanGraphs) and a 6.7 WAR, where Verlander has a 7.7 WAR. In a contract year, Gerrit Cole has managed to exceed all expectations that were given to him when he was drafted by the Pirates back in the first round of the 2011 MLB Draft.

While striking out the world matters, Verlander’s consistency this season cannot be denied. With more wins, while also leading the league in ERA, the old guard may still have the edge over the young gun. It will all come down to who the voters see as the most valuable. In any case, both have proven just how worthy they are.

Even with just a few more games left in the regular season, both Verlander and Cole have plenty of time to prove who the leading candidate should be. The last few weeks may very well result in some great times in an already eventful finale for the 2019 baseball season.