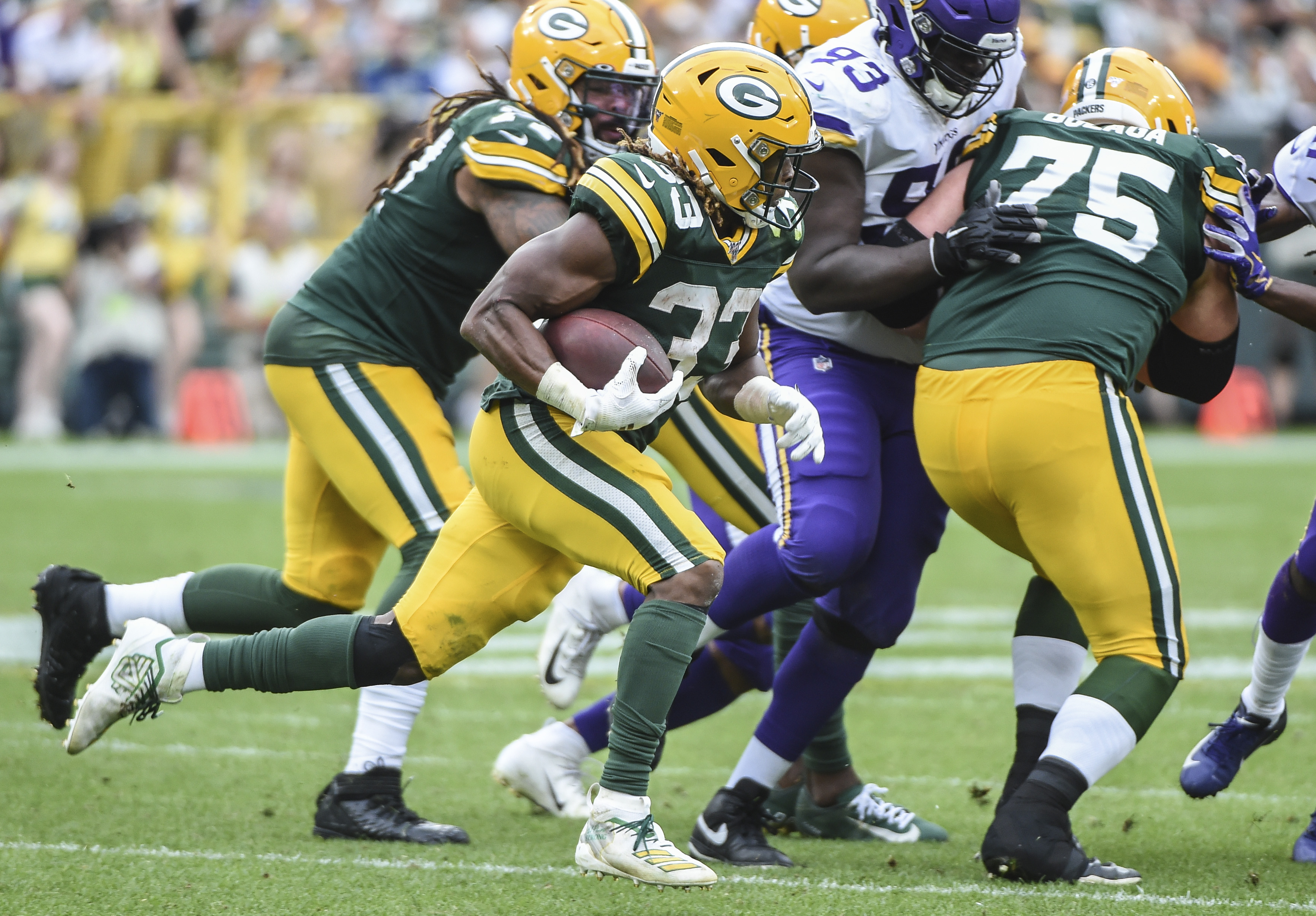 The Green Bay Packers host the Denver Broncos Sunday in an interconference match-up at Lambeau Field. The Packers enter the game with a 2-0 record and are alone in first place in the NFC North. The Broncos enter this contest 0-2 under new head coach Vic Fangio. Last week, the Packers defeated the Vikings 21-16 while the Broncos fell to the Bears on a last second field goal 16-14.

The two teams have split their regular season series which started in 1971 with both teams sporting a 6-6-1. The Broncos won the only postseason meeting between these franchises, beating the Packers 31-24 in Super Bowl XXXII. Green Bay has won three of the last four meetings between these teams.

Here is a look at six key match-ups for the Packers in their Week 3 meeting with the Broncos:

1. Get Pressure on Joe Flacco

The Packers have put a lot of pressure on opposing quarterbacks through the first two games, registering six sacks. More importantly, the defense is forcing opponents to throw before they want to on a consistent basis.

Denver has allowed five sacks and has been very vulnerable to opposing rushers. Left tackle Garett Bolles was called for holding four times last week against the Bears and should be vulnerable to Mike Pettine’s varied pressure packages. Look for Za’Darius and Preston Smith to create mismatches against the Denver offensive line which should get Flacco off his rhythm. Flacco no longer has great mobility and that should also help the Green Bay pass rushers.

Wide receiver Emmanuel Sanders is the Broncos biggest offensive weapon. The duo of Jaire Alexander and Kevin King did a good job of slowing down the Vikings tough tandem of Adam Thielen and Stefon Diggs a week ago, now they must do the same to Sanders and Courtland Sutton.

Alexander sets the tone for the secondary while having King in the lineup adds size and strong coverage ability.

If the Packers secondary can prevent Sanders from making big plays, they can make the Broncos to go on long drives to score points. That can force Flacco into making mistakes and keep Denver from putting up too many points.

On the Packers first three drives last week, the offense was crisp, efficient and dangerous. Everything they did seemed to work. After that, the Packers again looked out of sync and struggled to move the football. While it will take some time for the players to adjust to Matt LaFleur’s new offense, the Packers need to show they can take a step forward against the Broncos. Denver’s defense is vulnerable against the run, so look for Aaron Jones to have another big game. LaFleur indicated he wanted to get Jamaal Williams more touches this week. Expect Williams to get a few more rushing attempts and to catch a few more passes.

Another key to getting a rhythm on offense is finding a second receiver to get open consistently other than Davante Adams. Both Marquez Valdes-Scantling and Geronimo Allison have shown some flashes but neither has been open consistently. Tight end Jimmy Graham is nursing an injury but LaFleur indicated he should play Sunday. Expect the Packers to feature the running backs and tight ends more in the passing game against Denver.

OK, this can be included every week, but it’s important that the Packers do a better job of protecting Rodgers. Denver has yet to register a sack after two games, but they still have dangerous pass rushers in Von Miller and Bradley Chubb coming off the edge. Bryan Bulaga has played exceptionally well in the first two games and he will need to continue that against Denver.

The Packers will be without LG Lane Taylor who is out with an injury. Rookie second-round pick Elgton Jenkins will make his first NFL start Sunday for the Packers and will need to help secure the middle of the Broncos defensive line.

If the Packers can keep the Broncos from getting to Rodgers, the veteran quarterback should be able to do some damage against the Denver secondary.

5. Slow Down the Denver Rushing Attack

Denver uses a two-headed rushing attack with Royce Freeman and Phillip Lindsay roughly splitting the rushing duties equally. While Pettine’s defense will sacrifice run defense to stop the pass, the Packers cannot afford to give up chunks of rushing yardage like they did last week against Minnesota’s Dalvin Cook.

Freeman is more of a north-south runner who is most effective inside or on one-cut plays. Tyler Lancaster, Kenny Clark, Dean Lowry, Blake Martinez and B.J. Goodson must step up and control the line of scrimmage to slow Freeman down.

Lindsay is a feel-good story who went from undrafted free agent to 1,000-yard rusher as a rookie last season, averaging 5.4-yards per carry. Speed is his game. This season, he’s off to a slower start with just 79 yards in two games and a 3.3-yard average.

The Packers need to contain this duo and force Flacco into obvious passing situations where the Green Bay pass rush can take control of the game.

The good news is the Green Bay defensive line should have an edge over the Denver offensive line.

The Packers special teams have been an asset the first two weeks of the season after years of being a sore spot for the team. JK Scott’s punts have been a weapon, especially since the offense has struggled to move the ball consistently. Scott needs to continue to kick well to help the Pack win the field position battle.

The return game will see some new faces now that Green Bay traded WR/RS Trevor Davis. Expect Darrius Shepherd or newly signed Tremon Smith to get a crack at the return job.

Green Bay’s coverage teams have been effective thus far this season and that must continue in Week 3.

While Green Bay is 2-0 and Denver is 0-2, the Pack cannot afford to take the Broncos lightly. Fangio knows the Packers well from his time in Chicago and his defense will present a challenge to Rodgers and the Green Bay offense.

Defensively, the Pack should be able to pressure Flacco and create turnovers and that should be the difference in this game.