Photos: Redskins Drop to 0-3 After Embarrassing Loss on MNF 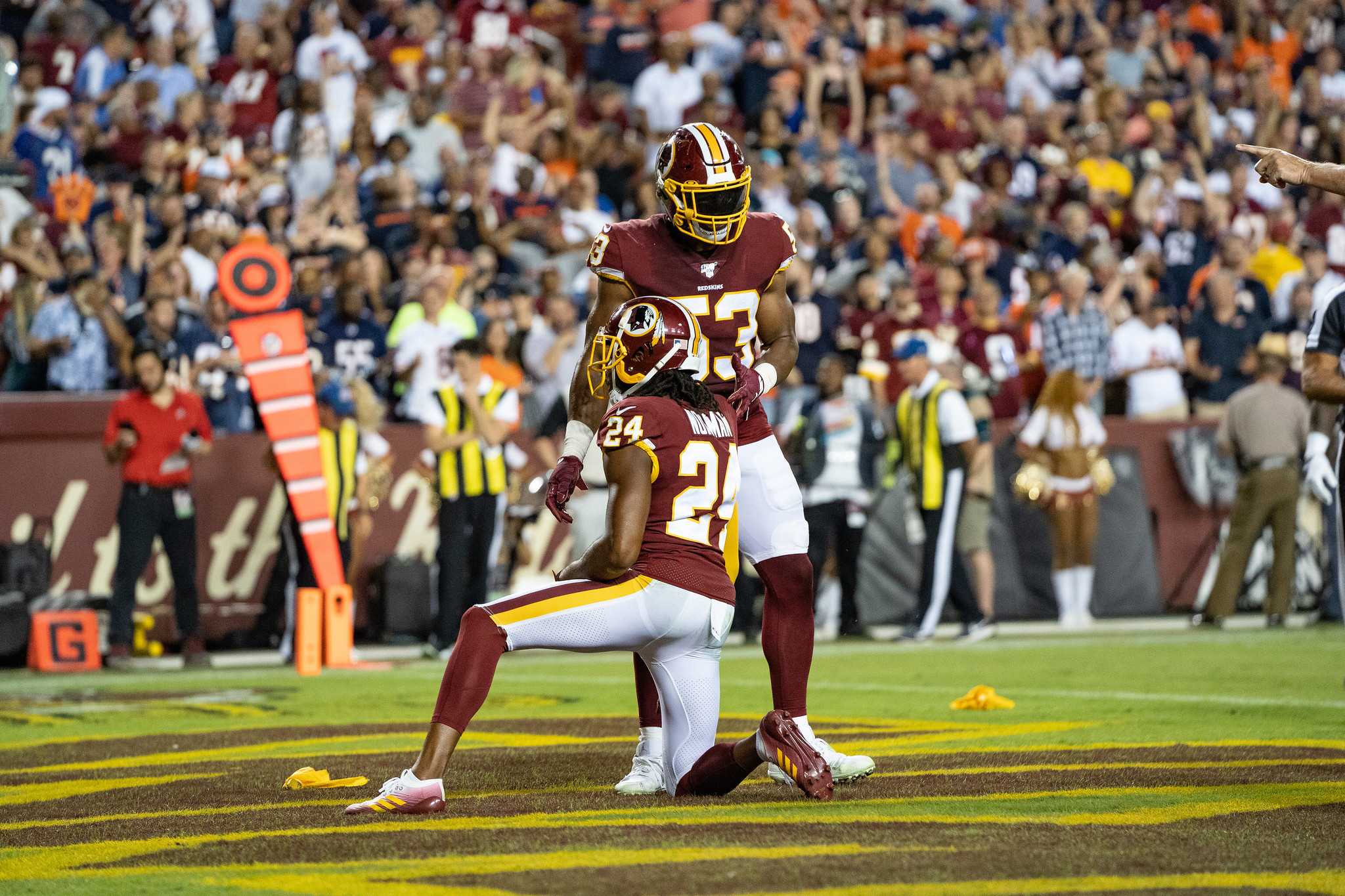 Photos: Redskins Drop to 0-3 After Embarrassing Loss on MNF

WASHINGTON – The Washington Redskins and the Chicago Bears faced off on Monday night at FedEx Field. The Bears jumped to an early start which resulted in a 31-15 victory over the Redskins on the national stage. This was the Redskins’ 8th consecutive MNF loss. They now hold the most losses by a franchise on MNF with a total of 45 games loss on MNF.

It was tough to be Redskins fan Monday. Their offense struggled as the Bears were led by their star Lineback Khalil Mack who recorded 2 sacks and 2 forced fumbles on the night. He single-handedly held won the game for the Bears on the defensive side. On the defensive side of the ball, the Redskins allowed Bears quarterback Mitch Trubisky to go off for a total of 231 yards alongside 3 touchdowns.

The Washington Redskins will have to improve on both sides of the ball in order to turn things around this season.

Jay Gruden had this to say about motivating the team after their third straight loss: “We have to stick together and that’s all we can do. We’re in this together and nobody wants to be in the position that we’re in. This is the National Football League; teams win and lose every week. We happen to have lost our first three, by three very good football teams. We have a lot of very good guys on offense that have never played together before until these past three games. We have some talent. We just have to coach them up better, play better, be more balanced and protect the football.”

The Redskins look to bounce back in a short week of rest, as they take on the New York Giants at MetLife Stadium on Sunday at 1:00 PM EST.

Check out my top photos from Monday’s game here: