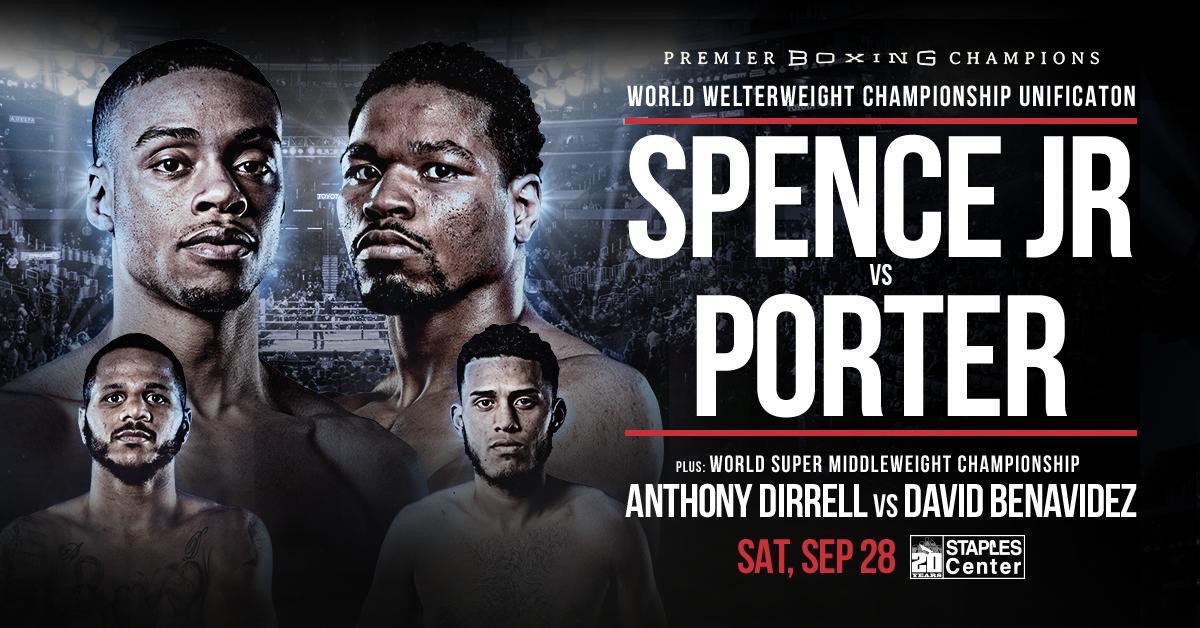 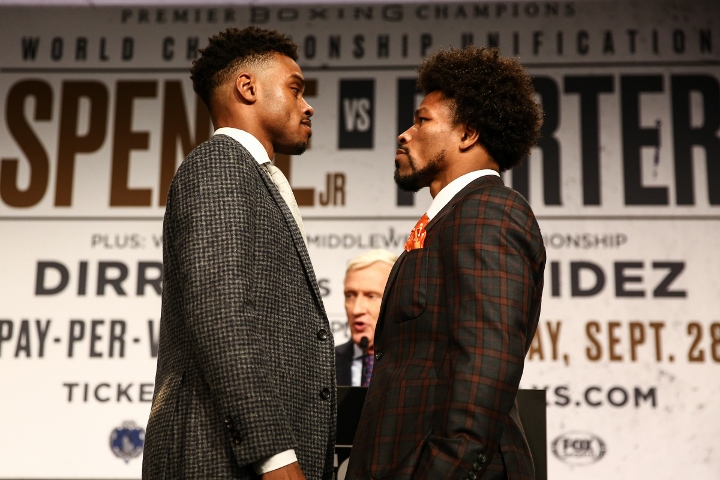 Luke Irwin: Two fighters, both in their prime (you can argue Spence isn’t at his prime yet, which is scary and awesome), both legit world champions, fighting for each other’s title in maybe the best division in boxing. All the way. We’ll see how Porter’s weight-cut goes and if he’ll have to sacrifice any more hair to make the scales. Porter, at his core, is a bulldog. A small, feisty, and tenacious bruiser that can bully up a fight. Although, in Spence, he’s fighting a Clydesdale. Huge, long, and technical wizardry combined with ruthless efficiency. If Porter has any hope, he needs to come forward with relentless pressure and try to make Spence uncomfortable, like Marcos Maidana did to Floyd in their first fight. He won’t outbox Spence, he’s going to have to throw every piece of junk he can find at him. Will Porter do that? Or will he be Maidana in his second fight with Floyd, and try to outbox his opponent? He needs to be Maidana I, but when there’s big money and pride and eyeballs, some fighters can’t resist trying to be Maidana II. I think Porter tries to outbox Spence early, wasting round after round, then waiting too late to turn on his brawling, similar to Golovkin in the second Canelo fight. It’ll be too little, too late. Spence via UD. 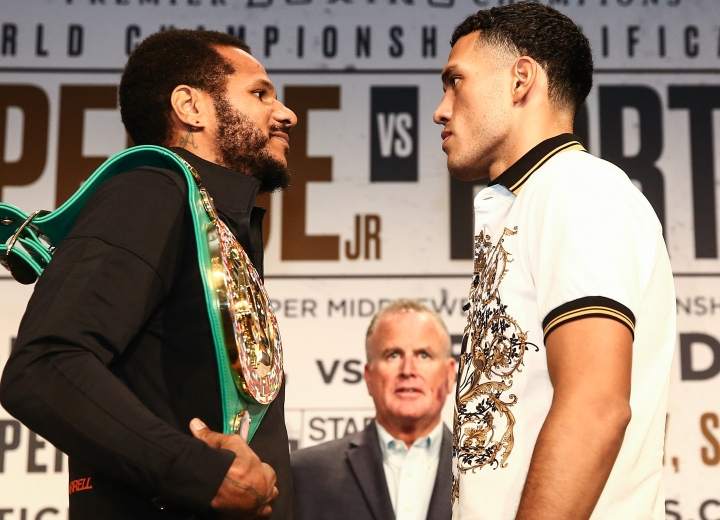 Luke: Benavidez was stripped and suspended of this very WBC 168-lb title after testing positive for cocaine. In his absence, Dirrell claimed the vacant title, and like a delinquent parent coming back for their child, so he, for the WBC World Super Middleweight Championship of this world. Not the most romantic story, but maybe the most relatable! Benavidez hasn’t lost a step in his absence and has looked just as good as he was before, and while Dirrell is a hell of a fighter, it’s clearly Benavidez’s time. Benavidez via R8 TKO. 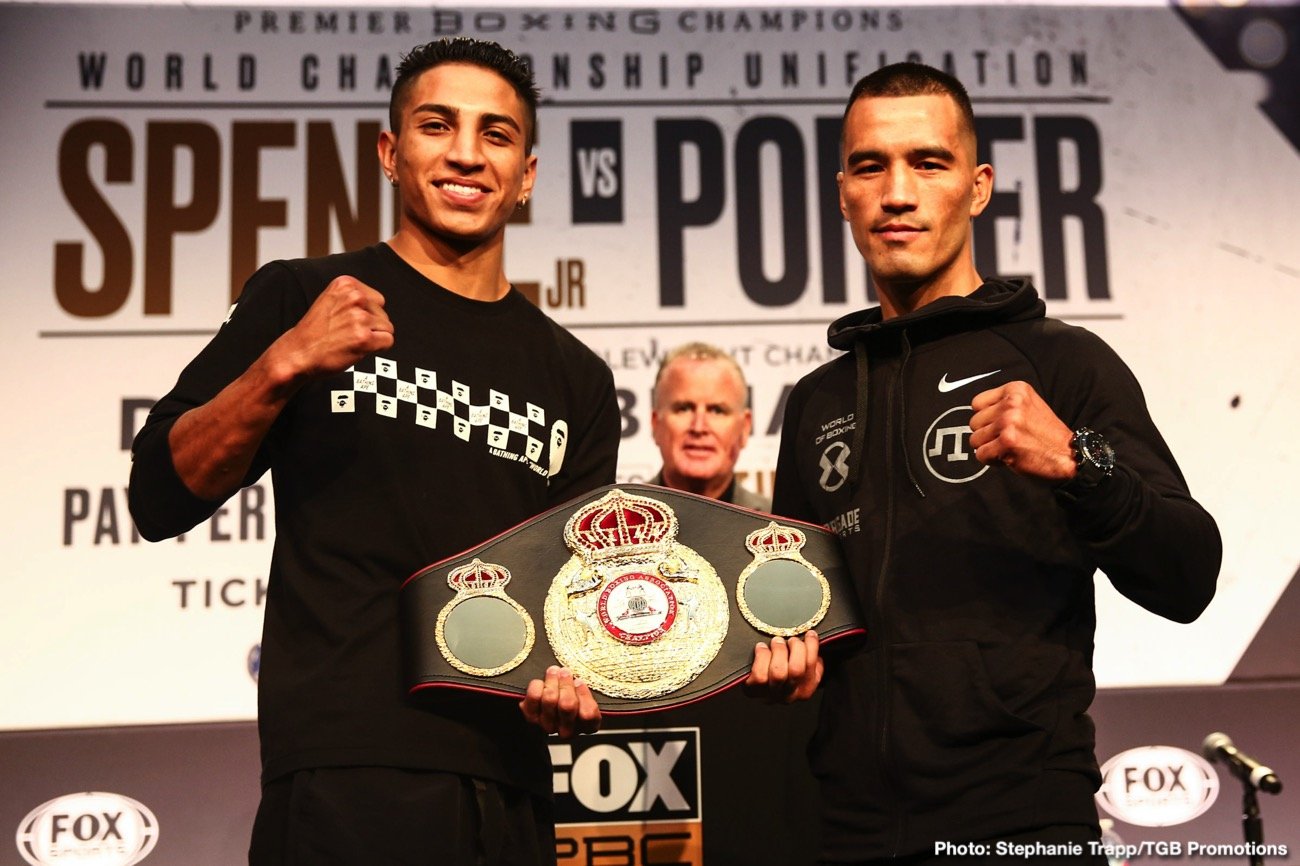 Luke: Welp, here’s my copout. Both of these fighters are as evenly-matched as you can get. Barrios has the edge in pro fights, but Akhmedov has plenty of experience in amateur/Olympic boxing. Both are very technically proficient, and love working the body (a way to my heart), and have the power to finish. I can’t see a weakness that the other has a speciality to exploit. This should be a fantastic, and even more importantly, very relevent fight in the shark tank that is 140lbs. Draw. 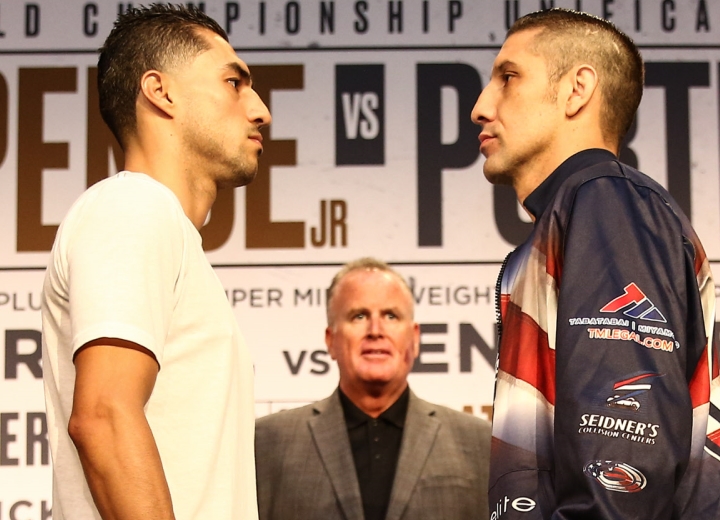 Luke: Lopez has promised an all-action fight, here, and while titles are out of the picture for these two, lucrative B-side spots aren’t.  I think these two will throw down, but they’re both past their prime of being able to lay anyone out, and you’d think that would mean their chins are faded, but these are Mike Alvarado-type vets, in which unless you’re a superstar with concrete hands, they’re not going down.  Lopez via UD.