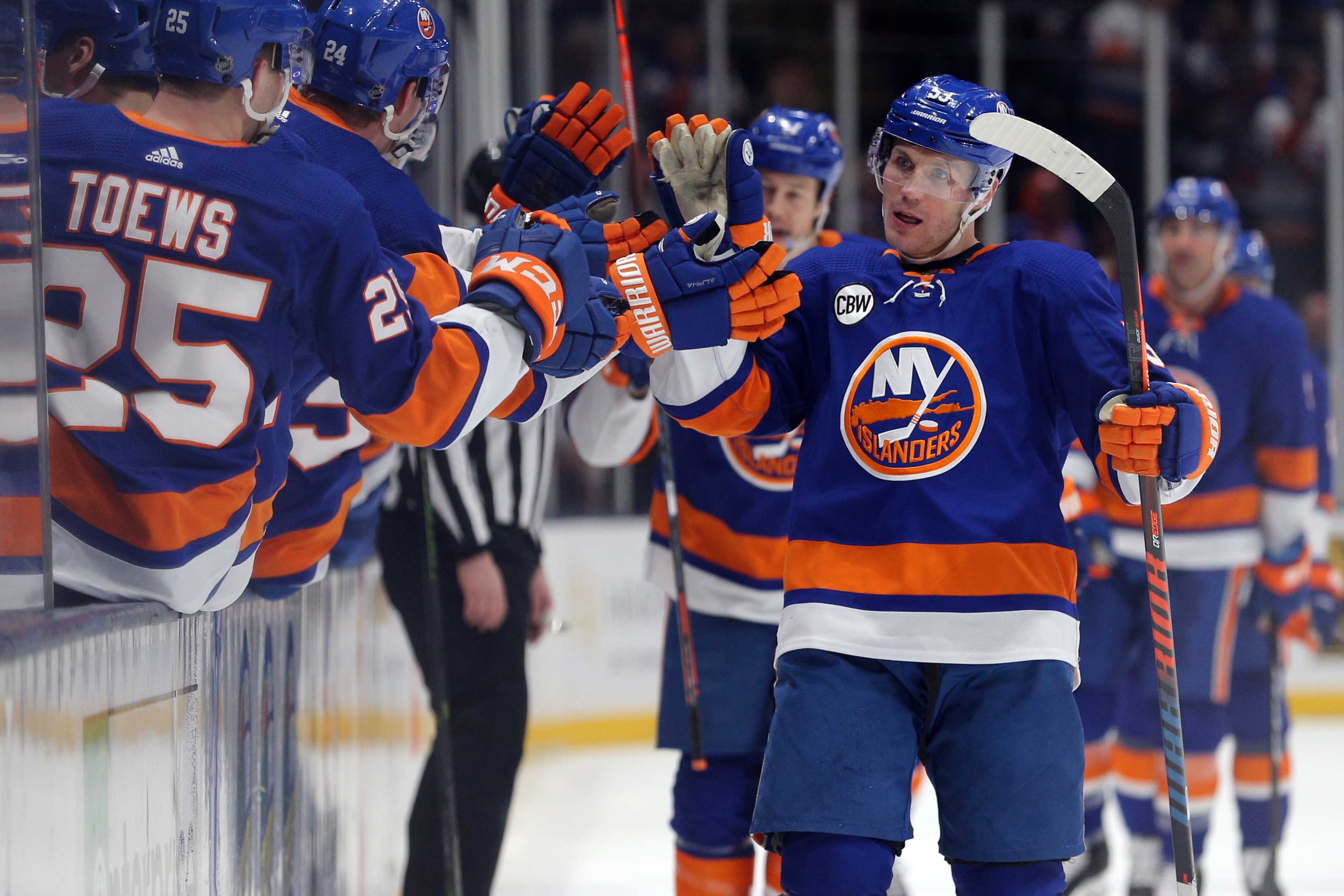 BRIDGEPORT, CT — Islander fans likely heald their breath in the closing minutes of the Islanders preseason finale against the New York Rangers.

Casey Cizikas and Vitali Kravtsov collided near center ice appearing to leave both players in pain. Cizikas was particularly slow to get up and looked like he had trouble putting pressure on his left skate as he hobbled to the team bench.

After the game, Islanders coach Barry Trotz addressed the situation indicating that it appeared Cizikas was OK.

“It didn’t (look good) at first,” Trotz said. “But I think from the quick report I think he’ll be fine here.”

The Islanders were also absent Derick Brassard, who was battling a cold. Trotz also addressed that, indicating it was nothing to worry about and that he had skated on Saturday.

“He was a little bit sick so we just didn’t want to get everybody sick so he stayed home,” Trotz said.