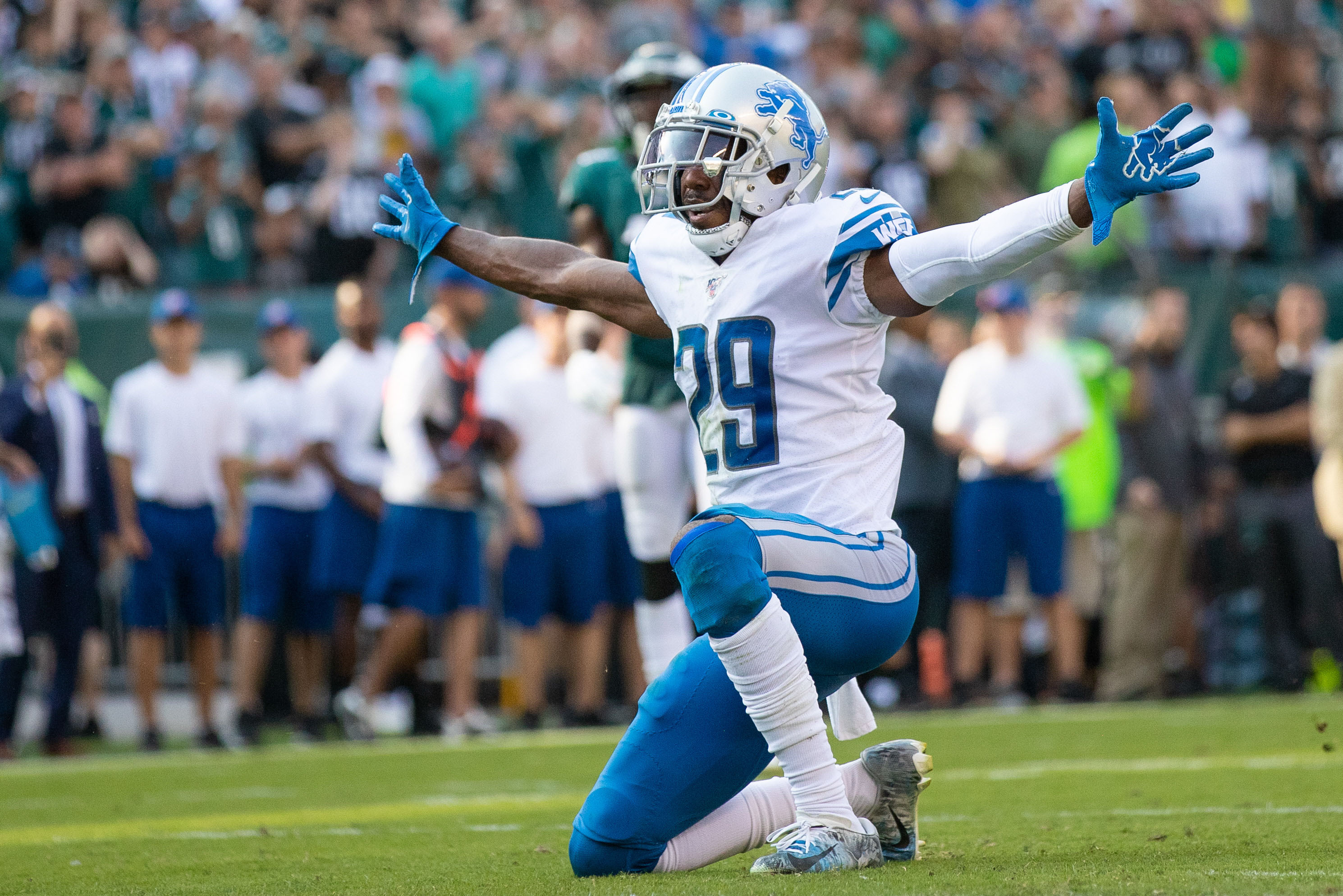 After the Green Bay Packers fell to the Philadelphia Eagles on Thursday Night Football to start Week 4, they fell to second in thier division. The Detroit Lions sit atop the NFC North standings at the moment.

The Lions are unbeaten through Week 3 for the first time since 2011. After a tie in Week 1 at Arizona, the Lions have beaten the Los Angeles Chargers and Eagles for a 2-0-1 record.

They have been led by the young superstar quarterback Patrick Mahomes. He has been on a record-setting pace to start the 2019 season. He is the first player in league history to have at least 350 yards passing and three touchdown passes without an interception in three straight games. In his first 20 career starts, he has another NFL record with 13 300-yard passing games.

Against Detroit, he has a chance to tie Peyton Manning’s record of consecutive games with two TD passes or more. Mahomes has currently done it in 14 straight games while Manning did it for 15 straight games during the 2013 and 2014 seasons with Denver.

The reigning NFL MVP has also spread the ball around with his leading receiver, Tyreek Hill, out with a collarbone injury. Sammy Watkins had 198 yards receiving and three touchdowns in Week 1, Demarcus Robinson had 174 receiving yards and two TDs in Week 2 and Mecole Hardman had an 83-yard touchdown reception last week.

Mahome’s QB counterpart in this one, Matthew Stafford, is no slouch himself.

In a game where Detroit is most likely going to have to score in bunches to come away victorious, Stafford is where it all begins. Kansas City is currently the third highest scoring team in the league with 33.7 points per game behind only Baltimore and New England.

Like Mahomes, he has found weapons all over the field this season. Detroit is the first team in the NFL to have four players with 100 or more receiving yards and a score in a game through Week 3.

Rookie tight end T.J. Hockenson and free agent addition Danny Amendola did it against Arizona in Week 1, Kenny Golladay followed it up the next week against the Chargers and Marvin Jones joined the party last week.

On the year, Stafford has 831 yards, six touchdowns and two interceptions.

He has been able to do so due to the improvement of his offensive line. After allowing three sacks in Week 1, the Lions have not surrendered a sack since.

But for all of their success through the air this season, Detroit may be better suited to attack the Chiefs on the ground. While the Lions have struggled on the ground through three weeks, averaging only 3.4 yards per carry and just under 99 yards per game, the Chiefs are one of the worst defenses against the run.

With new defensive coordinator Steve Spagnuolo at the helm, Kansas City has been getting gashed on the ground. They are the 26th ranked team in yards allowed with 137.7 and are last in the NFL when it comes to yards per carry as they are allowing teams to average 6.2 yards per rush.

This could be the game that running back Kerryon Johnson needs to get going. Coming off of a promising rookie campaign last year that was ended early due to injuries, Johnson has not been able to get anything going. He is averaging only 2.6 yards per carry and his longest run is for 11 yards. To put that in perspective, Matthew Stafford’s longest carry this year is for 12 yards.

Defense is also going to play a big part in this one and Detroit is already down one man and may be even more shorthanded come Sunday. Defensive tackle Mike Daniels has already been ruled out with a foot injury suffered last week. Defensive end Da’Shawn Hand (elbow) and cornerback Darius Slay (hamstring) are listed as questionable heading into this one. Stafford (hip) and Danny Amendola (chest) were also listed as questionable on the injury report.

As for Kansas City, besides Hill being out for his third straight contest, the Chiefs will also be without running back Damien Williams who is out with a knee injury.

Now for the prediction. I think this will be a high scoring affair with both teams scoring at will. But ultimately I think Mahomes and the Chiefs will outduel and outlast Stafford and the Lions. Detroit hangs tough throughout the game but Mahomes puts it away late in the fourth quarter with his third TD of the game.