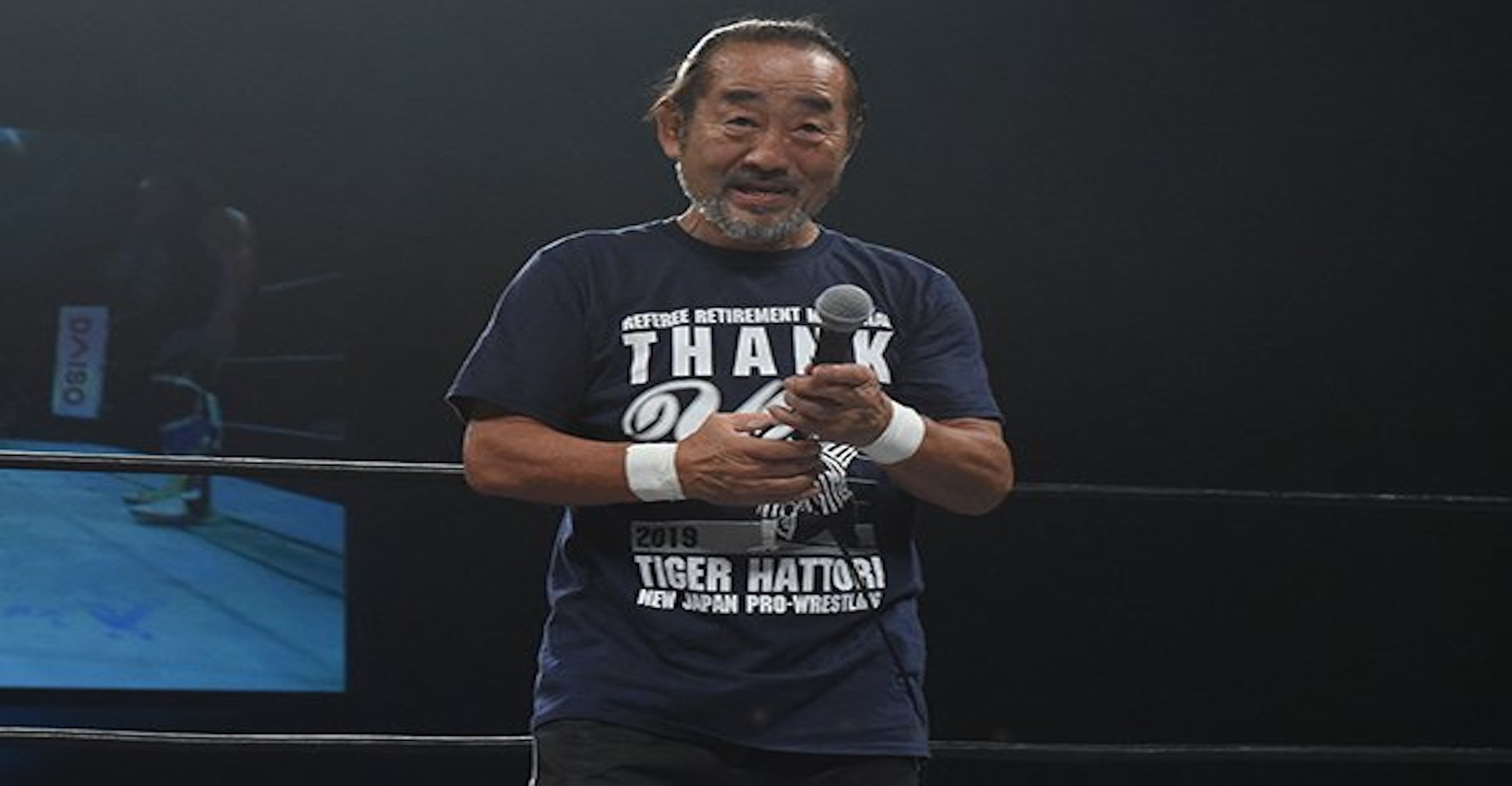 The event was part of New Japan’s Fighting Spirit Unleashed tour, which kicked off the night before in Lowell, Massachusetts. This match marked the first time that Tanahashi teamed with Ricky Morton and Robert Gibson, bringing together two different eras of the pro wrestling business on the same night.

Tana and The Express got the win and afterward, it was announced that this was Hattori’s last match in the States. The New York crowd gave him a standing ovation as Hattori’s family entered the ring to share the moment with him. Hattori took the mic and addressed the fans, who met him with chants of “thank you Tiger.”

Tiger was an amateur wrestler in college and began working as a pro wrestling referee in 1977. He worked for All Japan Pro Wrestling but is perhaps best known for his work in New Japan. Hattori is widely respected by pro wrestling fans, not only for his tenure but for his dedication to the business.

Tiger’s last U.S. bout was perhaps a surreal one for fans, mostly because of the babyface trio who went over in the end. The combination of Hiroshi Tanahashi and The Rock ‘N’ Roll Express is indeed a peculiar one and fans likely never expected they would see this team-up.

Ricky and Robert have been back on the map and in the spotlight over the past year, though they have been going strong as a team for nearly 40 years. The Rock ‘N’ Roll Express made headlines by working LAX, as well as The Briscoes in Ring of Honor, where they almost became the company’s world tag team champions.