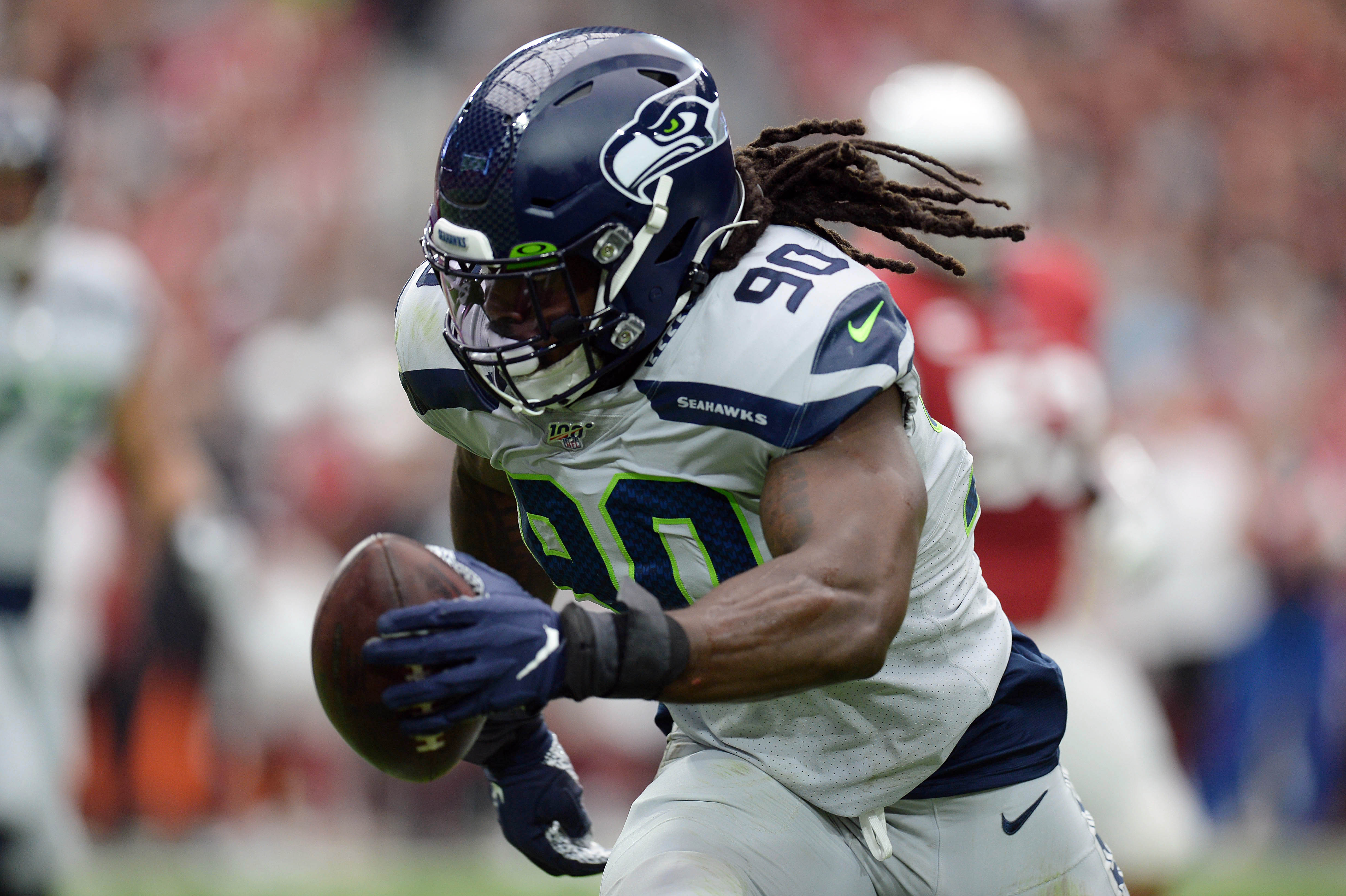 It didn’t take long for Seahawks defensive end Jadeveon Clowney to make an unbelievable, game-defining play with his new team.

The Seahawks traded for Clowney just before the season began, and both they as well as their fans are probably happy they did so, judging by what he did during Sunday’s game against the Cardinals.

Clowney showed off his athleticism and football IQ midway through the first quarter, when he read Kyler Murray’s eyes, then leaped up and made an unbelievable grab with one hand, then took it to the house for a touchdown.

That play broke the game open, giving the Seahawks a 10-0 lead early.