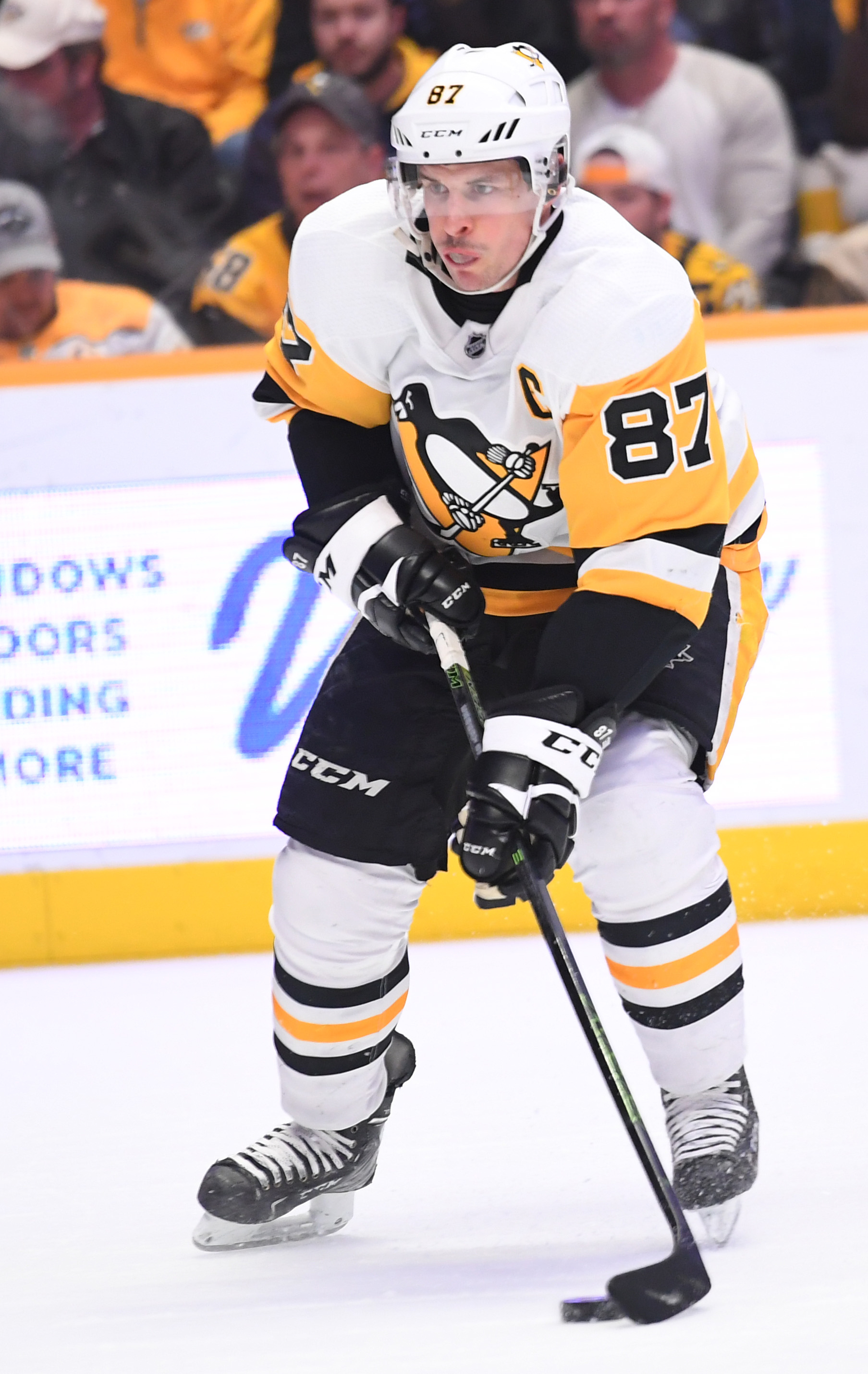 The Penguins wrapped up their preseason yesterday with an afternoon tilt against their soon to be game 1 opponent Buffalo. The game was also the annual Chick-Fil-A “Free Game for Kids,” I’m not sure anybody loses if they get Chick-Fil-A and free hockey. The Pens went with a full set of NHL forwards for this one as they lined up as such:

Alex Galchenyuk is still day-to-day with a lower-body injury but all indications point to him being ready to go and the coaching staff just being a little cautious.

The defense was the talk of the week as Jack Johnson started the preseason on the second pairing only to find himself slip to the third pairing before ending up this week in the “rotating” category. With a few scouts in the building, Sullivan decided to give them one more look at JJ and dressed him with Marino on the third pairing,  with the top pairs consisting of what is the Top 4 in Letang with Dumoulin and Schultz with Pettersson.

The Sabres dressed a bunch of scrubs for this game, or maybe that is their pro roster, who actually knows at this point. Last I saw Connor Sheary was on their fourth line, so at least they understand what they’ve got. The first period was kind of boring, even by preseason standards. The defense got together and decided they wanted to let Matt Murray get some work in early, and as usual, Murray was stellar.

Stats through the 1st ⬇️ pic.twitter.com/tgM38xKwL7

The news to start the period was the absence of Sidney Crosby on the bench. Crosby took a shot to the skate and would not play the remainder of the game. He was later seen leaving the arena with a slight limp but no walking boot. Some people took this as a chance to say how stupid preseason games are, maybe once they get off their soapbox they will realize that Crosby wanted to play this game and if the greatest player in the world doesn’t think they are pointless then they probably aren’t.

The defense looked a bit more put together to start the second and the team finally broke through. Justin Schultz continues his strong preseason (read: the start of his contract year) with some great lateral movement along the blue line before firing one in that changed directions more than Antonio Brown.

(but not here, because this is a GIF) pic.twitter.com/k0VncTHu2K

This is the second time we’ve seen Schultz do this exact play in the preseason and I’m a huge fan of it. Move to the center, wait until you can get the shot through, and shoot. It’s so simple yet effective, especially with the talent the Penguins have on their top three lines.

The kids were barely back in their seats before Bryan Rust was doing Bryan Rust things.

In Rust we trust 🙏 pic.twitter.com/gtyMOoDbGl

This puck had no business going in the net but Buffalo has no business being in the league so it’s even. Schultz picks up his 6th assist of the preseason.

A few minutes after the Pens went up by a pair the lead was cut in half when Marco Scandella took advantage of some traffic in front of Murray and just blasted one through the roof.

Right before Scandella took the shot both Schultz and Joe Bro Buffalo skated across Murray’s line of vision, once again thoughts and prayers don’t do anything as Muzz flings the glove desperately.

It’s my last year blogging and I am focusing on crushing false narratives, like my boy G-Off did here with Murray’s glove and calling out idiots. BTW Kris Fudge, you better either own a candy store or be a proctologist or else you really missed your calling.

The final 8 minutes of the period would play out scoreless and the Pens would take the 2-1 lead to the room.

The stats are close after the 2nd, but we're up where it counts! pic.twitter.com/348mFBjNqq

Bryan Rust wasn’t on the ice after blocking a shot and just like that the Pens were cap compliant. The third period looked like a team with 10 forwards playing the Buffalo Sabres, not that entertaining. The Pens held on as long as they could before Zemgus Girgensons tied things up 11 minutes into the period.

Remember the Penguins giving up odd-man rushes at will last year? Here Girgensens sneaks behind Dumoulin, and while Letang inspects the new center ice paint the play develops for an easy breakaway opportunity.

The Pens would hold on to force overtime

It took six shooters, Letang was the lone goal for the Pens. Bob Errey was drunk or something as he was getting hyped up for a potential Jack Johnson penalty shot. Buffalo head coach Freddy Kreuger was drunk or something as he waited until the 6th round to use Casey Mittelstadt. Mittelstadt buried a top-shelf backhander to leave thousands of kids disappointed as John Steigerwald murmured that that’s what the kids deserve, a free game and a loss.

-Matt Murray was very good in this game finishing with a .933 sv %, and looked better in the shootout than previous years in my opinion

-John Marino is the real deal. He reminds me of a young Brian Dumoulin and definitely earned his extended look. This won’t be the last time we see the Harvard man

-The Penguins have to be Salary Cap Compliant by Monday. Currently (without putting Rust or Crosby on IR) they are just a tad over because of the 9 defensemen. Despite his impressive camp, I would expect Marino to be sent down sometime today because that is way more likely than a team actually wanting Jack Johnson.

-The regular season starts Thursday, it’s good to be back