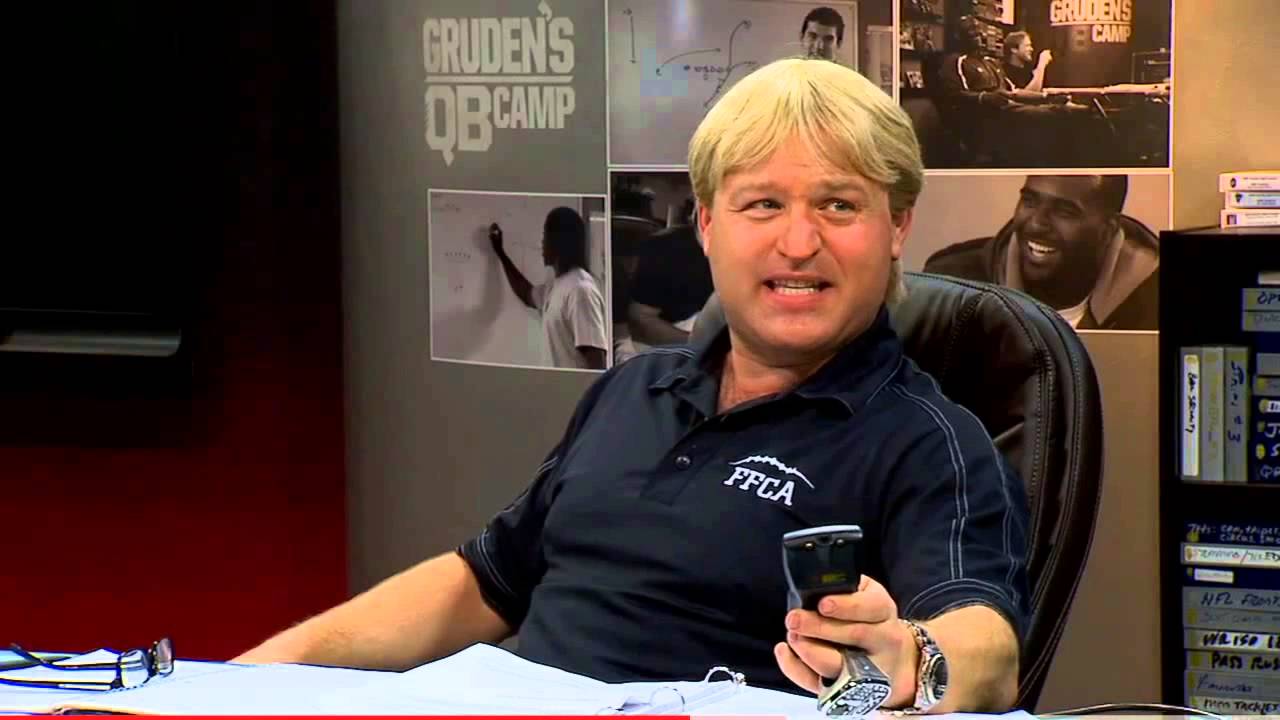 Who: The Oakland Raiders vs. the Indianapolis Colts

Where: Lucas Oil Stadium, Indianapolis, IN. More like Lucas Injured Stadium, amirite? (Seriously, they need to address the surface in that place)

When: 1 PM Eastern, Sunday, September 29th. TV: CBS. We get one of the better CBS duos in Kevin Harlan and Rich Gannon. Harlan is just fantastic, no matter the sport. We need more like him.

No, no, no, not that guy. A lot of great quotes out there about luck. “You got lucky, babe. When I found you.” Pretty inspirational stuff.

Word came down last week that, even though he’s retired, Andrew Luck is still very much in touch with Brisket.

The first half doesn’t go well. Brisket struggles, half of the team gets injured on the crappy Lucas Injured Stadium turf  It’s just not going well.

As the team makes its way towards the tunnel, CBS catches a disheveled looking man with a full beard, and wearing cargo shorts and crocs, gesturing wildly at Brisket. Suddenly the man jumps into the tunnel. He pats Brisket on the head, then pulls out a flip phone and points at it. The man then holds up a sign that says “I gave my heart to this team!” before eluding security and racing off into the tunnel, never to be seen again.

In the second half, the Colts are a different team. Marlon Mack breaks free for a couple of long gainers. Brisket looks more confident, and goes on a red hot streak with 23 straight completions. The porous pass rush terrorizes Derek Carr, just like Colts defenses of years ago did to his brother. The Colts storm back and win.

When asked afterwards about the odd meeting with the disheveled looking man, Brisket smiles and says, “the coaches did an excellent job of getting us ready for the 2nd half. Sometimes you need a little Luck, err, luck, in situations like that.”

2. A guest spot from a fan who clearly doesn’t read the article despite claiming to

That’d be Louise. When posed with the question of why the Colts will score more than the other guys, this longtime, dedicated fan said, “I’m gonna go with Vinny.”

“I think it’s his time to pull through. He has something to prove.”

“He has an axe to grind. He wants to go out on top and not with all of these shitty misses. He’s been practicing nonstop.”

You talkin’ bout practice? Not a game? Ok, Iverson.

3. Another guest spot from QC!

“The Colts are definitely going to score more points than the Raiders. I mean, let’s face it, even the team mascot can’t tolerate watching them stumble on the field. That’s why he wears an eye patch. To shield the horror!”

“Isn’t that precisely why Rihanna supports the Raiders? Because they don’t beat anyone?”

According to her bio, Emma works as an Chiropractic Assistant. 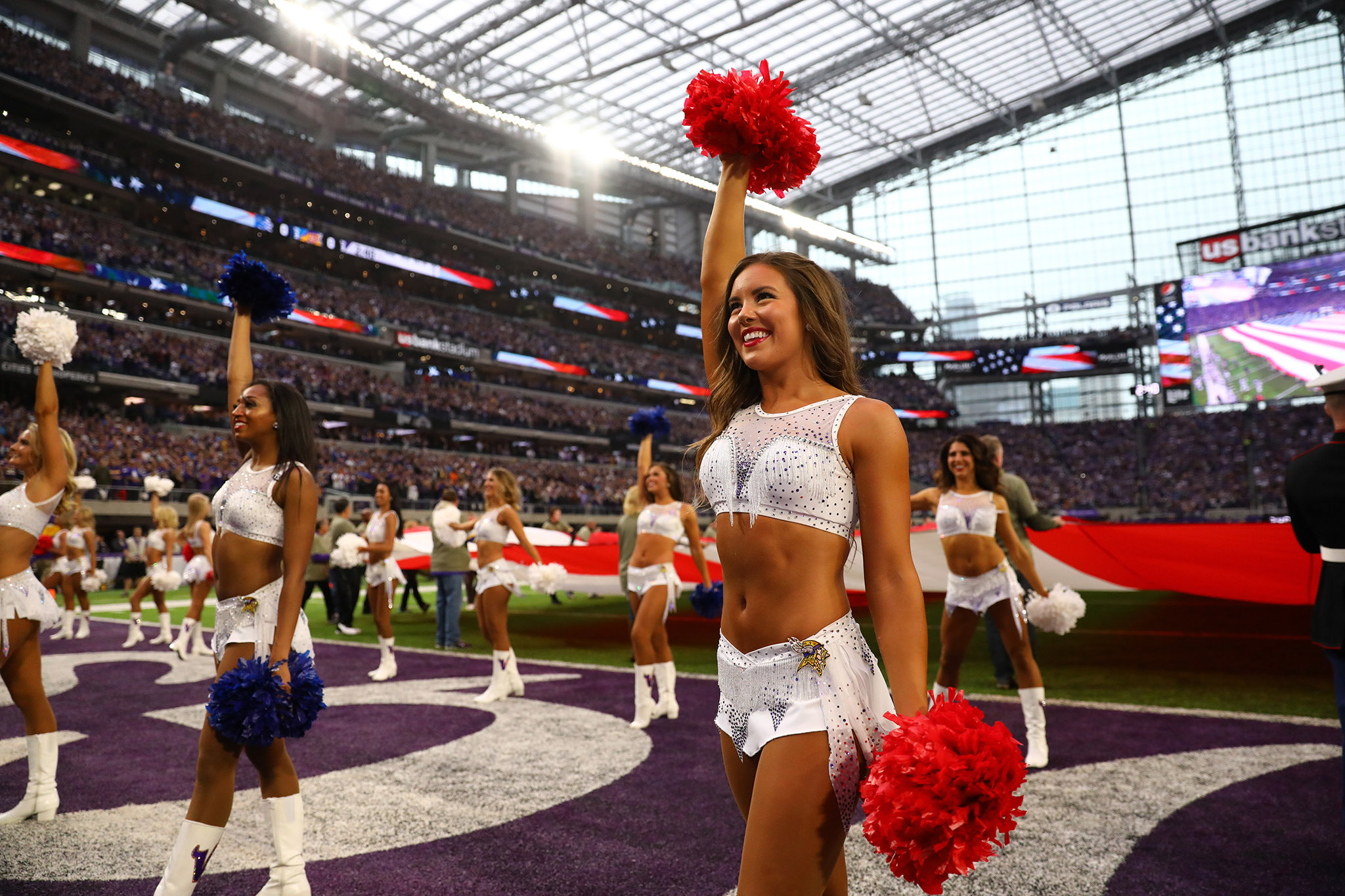 An image from November 4, 2018 regular season home game against the Detroit Lions. The Vikings won 24-9. 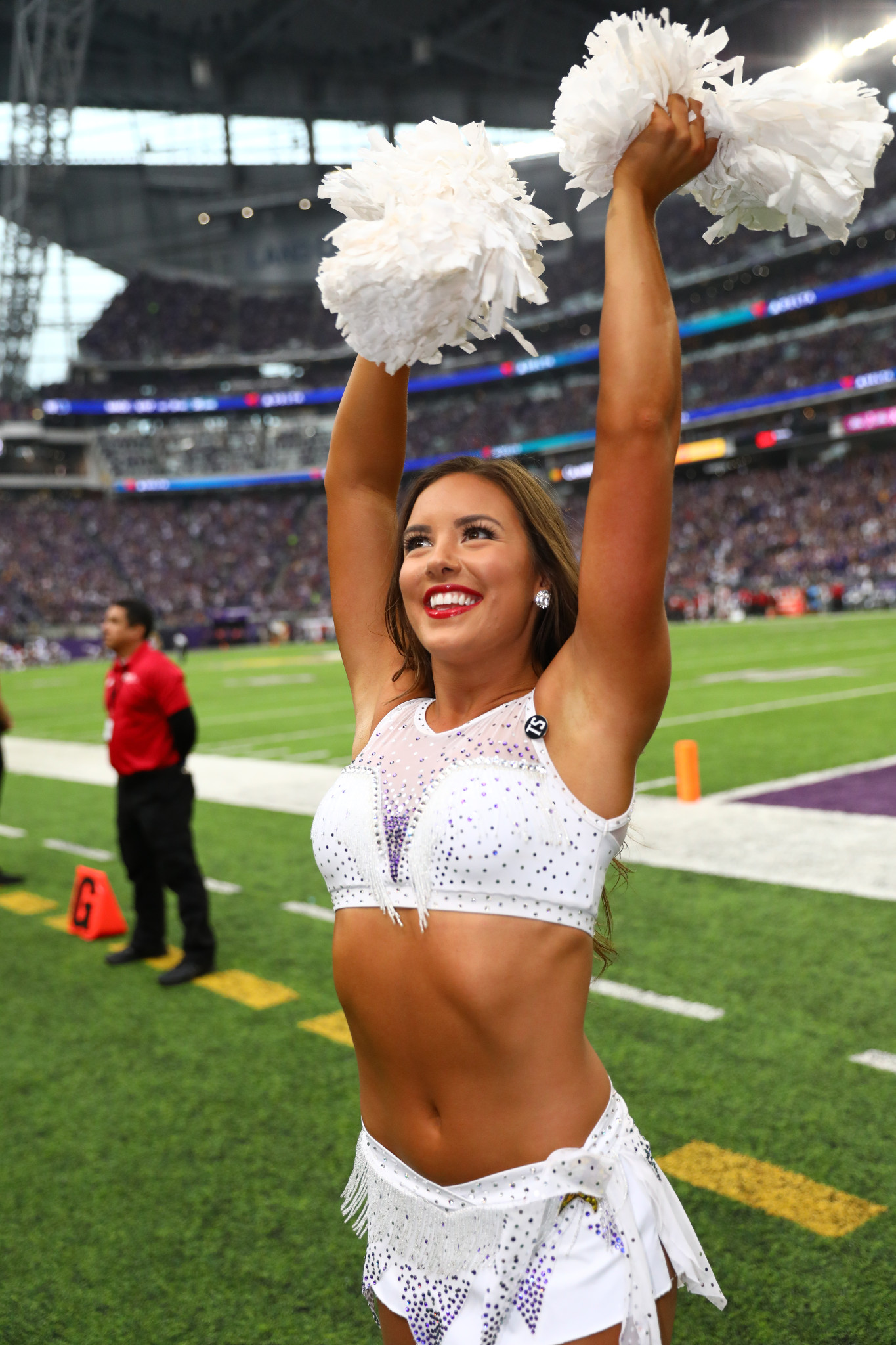 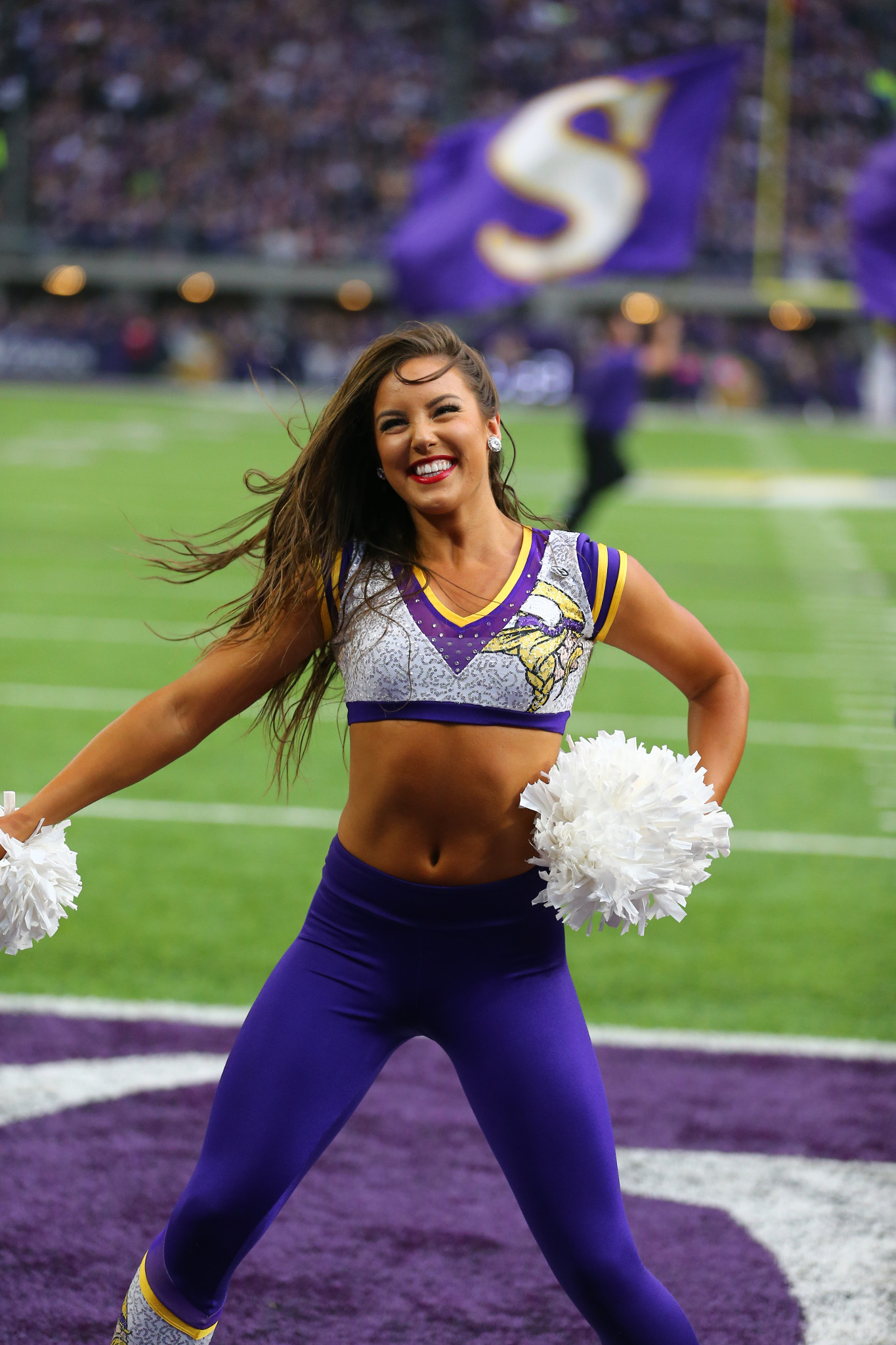 Next thing you know, Emma will be discussing science and drinking beer with other cheerleaders.

That sounds like a great idea for a future article.