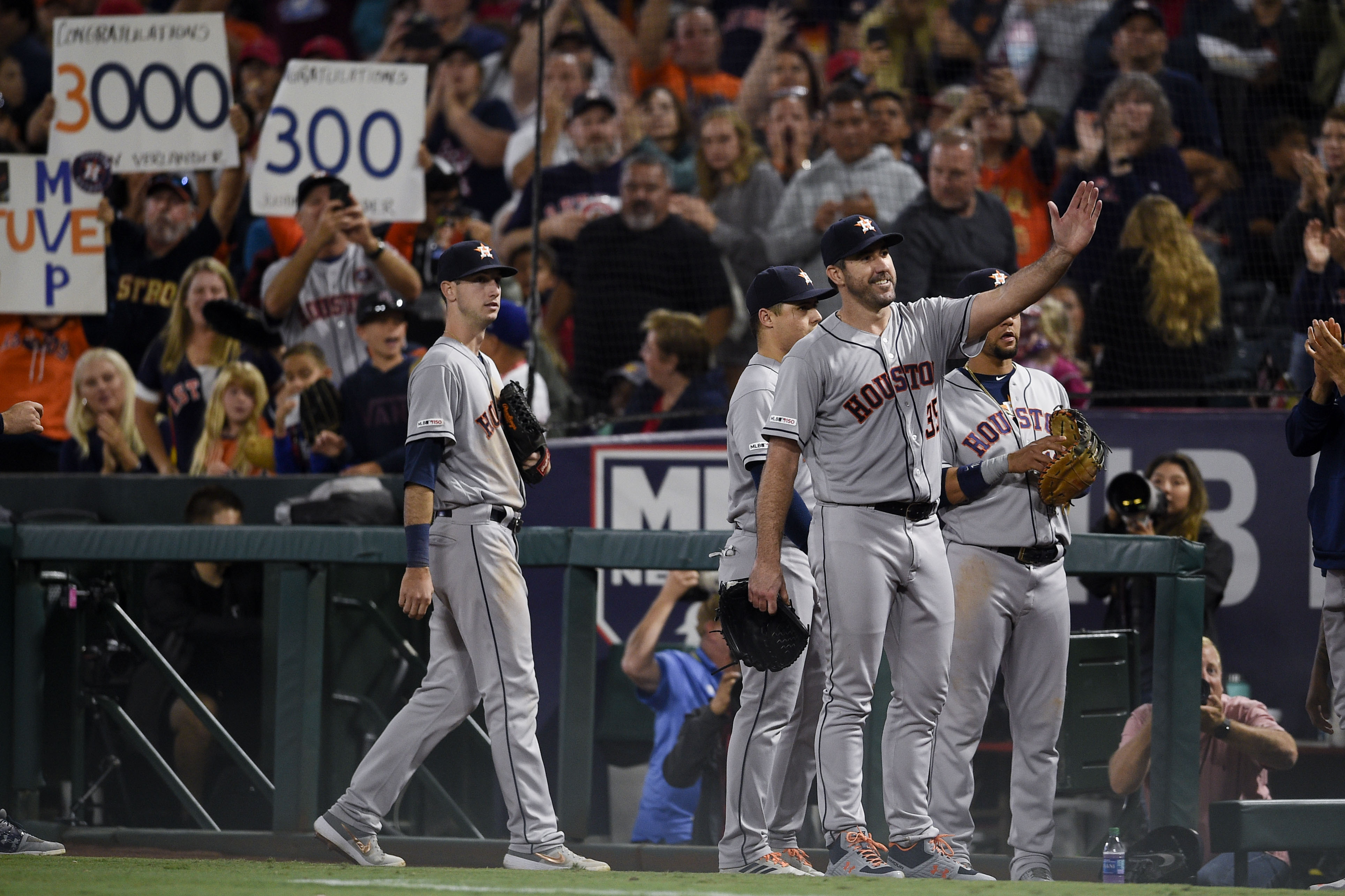 Houston Astros starting pitcher Justin Verlander of Manakin, VA had an historic night on the mound Saturday in a 6-3 Astros win over the Los Angeles Angels at the Angel Stadium of Anaheim. On the same night, Verlander became the 18th pitcher in Major League Baseball history to record 3000 strikeouts in a career and the 19th pitcher since 1900 to record 300 strikeouts in a single season.

Verlander then got Calhoun to strikeout swinging again in the sixth inning for his 300th strikeout of the season and 12th of the game. However on this occasion, Colhoun did not reach first base.

The only other team that had two pitchers record 300 strikeouts or more in the same  season was the Arizona Diamondbacks in 2002. That season Curt Schilling of Anchorage, AK had 316 strikeouts and Randy Johnson of Walnut Creek, CA had 334 strikeouts.

It was a memorable weekend for the Houston Astros organization as well. The Astros  won a franchise record 107th game of the season on Sunday, an 8-5 win over the Angels. The previous Astros record was 103 wins in 2018.