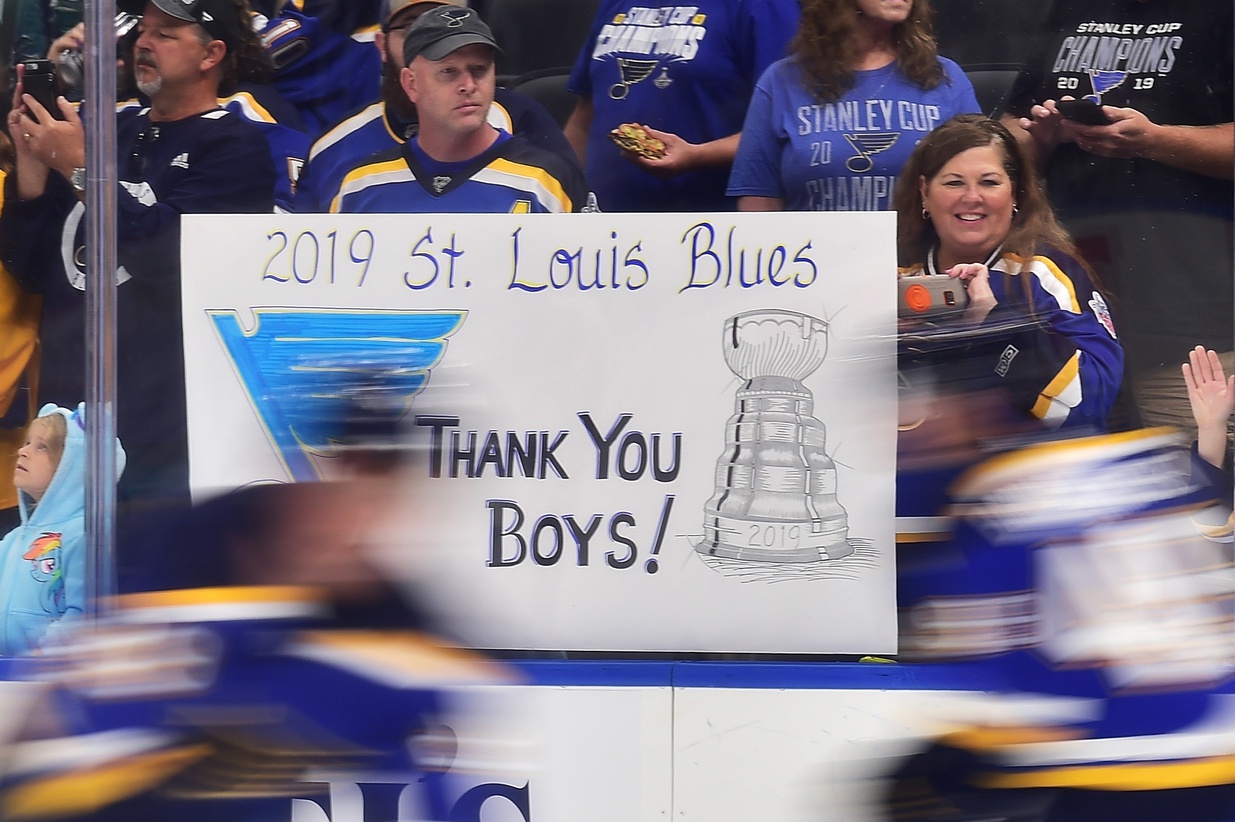 The St. Louis Blues find themselves in a familiar position heading into 2019-20 despite ending 2018-19 with a miraculous Stanley Cup victory. As media outlets preview the new season, the annual ranking lists aren’t showing the Blues a ton of love. In fact, some are even being pretty disrespectful to the team that won it all last season.

Before bashing the outlets who must have missed what the Blues accomplished, it’s worth reiterating how difficult it is to win the Stanley Cup – not that Blues fans need to be reminded of that. It’s even more difficult to win back-to-back Cups. The odds of it happening again aren’t good. No one is going to claim the Blues are so far ahead of the competition that things will be easy to replicate in 2019-20.

But, the Blues deserve a huge amount of respect heading into the new season. They’re the defending champs!

That’s why the rankings from The Athletic and Scout.com are so silly. Both outlets have the Blues in the 10th spot on their list. That’s almost insulting considering the Blues are returning the vast majority of their championship roster with the notable addition of Justin Faulk.

Other outlets rank the Blues more favorably, ranging from second overall to sixth overall. Those positions seem far more fitting given what the team has accomplished and the talent they still have on the roster. No one here is going to claim the Blues are the clear best team in hockey, but to think they’re barely in the top-third (looking at you, The Athletic) is nonsensical.

The critics who ranked the Blues a bit lower than expected have done so because they’re not sure Jordan Binnington can repeat his heroics. They also point to the team’s ugly first half of the season as proof the team has questions heading into a new season. Fair points? Maybe.

Binnington’s sample of work is relatively small and it will be interesting to see how he follows up his effort in the playoffs. The knock against the team due to their horrible first half of 2018-19 is what really misses the mark. It completely ignores the team’s brilliant second half (the best of any team) and the fact a coaching change / goaltender change shifted the momentum. Few signs point to the team repeating it’s horrifically bad start, yet it’s their main fault according to some experts.

Ultimately it’s up to the Blues to prove they’re capable of contending for a second consecutive season.