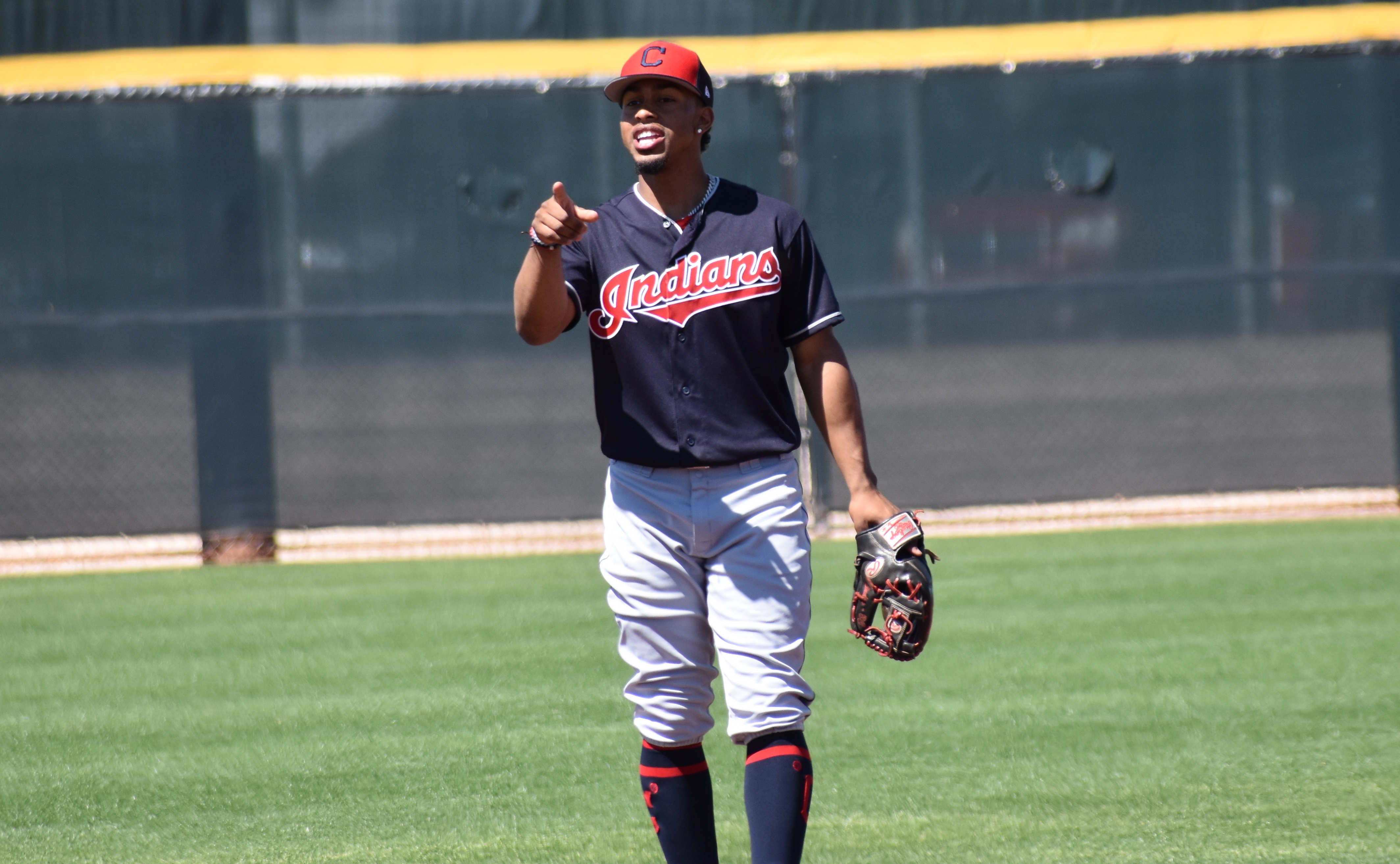 With the 2019 regular season in the rear view mirror, it’s time to recognize those members of the Cleveland Indians who outpaced their contemporaries. The Burning River Baseball Awards have been given out every year since 2011 and cover most improved, rookie of the year, top reliever, defender, hitter as well as best overall pitcher and team MVP. Previous winners of each award are listed below the description of the 2019 winner.

Luplow was a new addition to the Tribe in 2019, coming from Pittsburgh for utility infielder Erik Gonzalez and a pair of rookie level pitchers (Tahnaj Thomas and Dante Mendoza). A third year MLB player who was out of minor league options, Luplow had a negative WAR for the Pirates over his first two seasons through 64 games with a .194/.274/.371 batting line.

Maybe more than anything else in life, Terry Francona loves a platoon outfielder and he saw Luplow’s success against lefties and took advantage. Despite a hamstring injury mid-season, Luplow still had over 110 plate appearances against lefties where he hit .320/.439/.742. It’s possible that this success gave him confidence overall as well as he hit better against righties than he had hit overall in his career, batting .216/.274/.299. Particularly before the addition of Franmil Reyes and Yasiel Puig, the Indians outfield was a huge offensive issue and Luplow helped keep the group afloat.

The Super Joe: Rookie of the Year – Oscar Mercado

This was an incredibly tight race between Mercado and Zach Plesac as both were huge in saving the Indians season as much as any two rookies could. As mentioned above, however, the outfield early on was a huge problem and the turnaround really started when Mercado took over center for Leonys Martin. No one made more spectacular plays on defense than Mercado for the Indians this year and he was active on the bases as well in addition to bringing a solid bat including surprising power on offense.

Ultimately, it was the fact that he had more opportunities to make an impact that pushed me to select Mercado over Plesac. Plesac had a similar situation where the Indians were in desperate need of starting pitching after Carlos Carrasco was diagnosed with cancer and Corey Kluber broke his arm. Most teams would have had to throw in the towel right then, but the Indians had last year’s rookie of the year, Shane Bieber, take over the ace role with both Plesac and Aaron Civale performing at a truly elite level in their rookie seasons.

Mercado stands at the plate for the Clippers during a 2019 MiLB spring training game. – Joseph Coblitz, BurningRiverBaseball

This would be a contentious pick no matter who was selected as the Indians bullpen was somehow simultaneously a strength and the team’s greatest weakness depending on who you asked. One thing everyone should be able to agree on, however, is that it was vastly improved over the 2018 version.

In general, when any season begins this award is the closer’s to lose and with the exceptions of Oliver Perez last year and Joe Smith and Cody Vinnie Pestano in the 2011 and 2012, that has been the case every year. This year, Brad Hand may have been distrusted and missed most of September with the injury that likely caused that lack of confidence, but he still saved 34 games and lead the pen with a K/9 above 13. In addition, he lead the pen in FIP, fWAR and IP, behind only Adam Cimber in HR/9.

The only real pair of contenders with Hand were last year’s winner, Perez, and Tyler Clippard. Perez was fantastic, but pitched a very small amount of innings in his use as a LOOGY. Clippard was my second choice as he lead the pen in ERA and was used in every possible situation from opener to closer.

The Indians defense was greatly improved this season as they finished second in UZR and defensive runs saved behind Oakland. While most of this improvement came from the previously weak corner outfield spots, the three contenders for this award were all players with a reputation for great defense coming into the season. First, the rookie center fielder Oscar Mercado made some of the flashiest plays all season and possibly the catch of the year, but also made plenty of mistakes. This is to be expected of any rookie, but it was enough to take him out of contention. According to Fangraphs, he made 60% of unlikely plays (10-40% chance to make the play), but just 80% of likely plays (60-90%).

Also according to Fangraphs, Roberto Perez saved more runs defensively than any other Indians player and he didn’t allow a passed ball all year. His arm was also fantastic, gunning down nearly 40% of attempted base stealers. His only real competition for the AL catcher Gold Glove comes from Boston’s Christian Vazquez, but he still isn’t getting this award.

If you watch him play every day, there is no question that Francisco Lindor is not only the best defender on the current Indians team, but one of the best in franchise history. He makes all the routine plays and many spectacular ones. While his range dipped a bit this year, he decreased his error rate to maintain his value. There is a solid chance he will win another Gold Glove this year despite missing about a month to start the year.

This could have been a close race, but despite Lindor catching fire quickly upon return from injury and Jose Ramirez finally waking up in the second half, Santana’s steady plodding through the season left him miles above the competition by the end. Based on fangraph’s offensive runs above average, he was worth more than twice as much as the next best offensive player (Jordan Luplow) and he lead the way in home runs, runs, RBI, walks and OBP while finishing second in SLG and third in average and doubles.

Much like the MVP award given away by the BBWAA, this could go to either a starter or reliever, but the balance definitely leans towards those who rack up the most innings. This season, the choice was easy as Bieber not only accumulated innings like no other on the Indians, but was extremely proficient while doing so. He was the only Indians pitcher to qualify for the ERA title (surprisingly, Trevor Bauer was only 5.1 IP short) and, not surprisingly, he lead the team in every counting stat. Throw in the fact that he went very quickly from the top rookie in 2018 to staff ace due to a rotation decimated by injury and an All-Star Game MVP and you have an extremely impressive sophomore. There were no other real contenders, but Aaron Civale deserves a massive amount of credit for what he was able to do in a limited time in the rotation.

While I gave the edge to Santana when only considering offense, Lindor’s all around game pushes him to the top when considering the all around team MVP. Despite missing the first month of the season, he still finished first in doubles, average and slugging while coming second in steals to Ramirez. I’ve already mentioned how his defense stands above the rest as well making him the total package. In the end, only Lindor, Santana and Bieber were seriously considered for this award and Lindor stood up strongly against the competition.