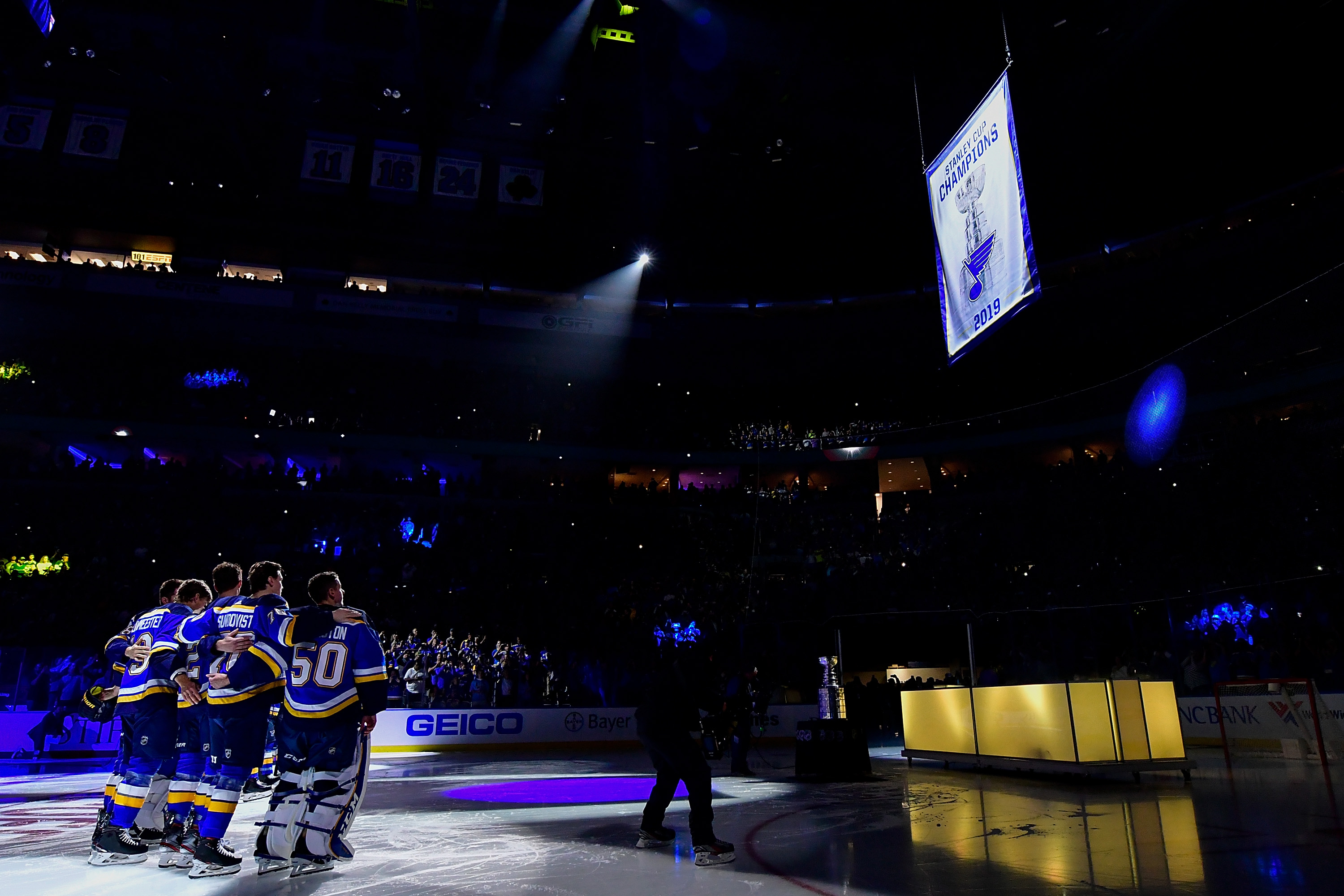 The St. Louis Blues are still celebrating what was a magical season, capped off by the team winning its first Stanley Cup in franchise history, despite having some superstars over the years.

As such, the team hosted the first game of the 2019-20 NHL season on Wednesday night, squaring off against the team that won it one year ago.

The Washington Capitals rolled up to Enterprise Center, and they were forced to sit through a long pregame ceremony, which probably wasn’t all that much fun for them, but was electric for the Blues, who hoisted their first-ever Stanley Cup banner in the rafters.

The Blues hoist the Stanley Cup trophy in front of their home fans. 🙌pic.twitter.com/1eSxdoiOpq