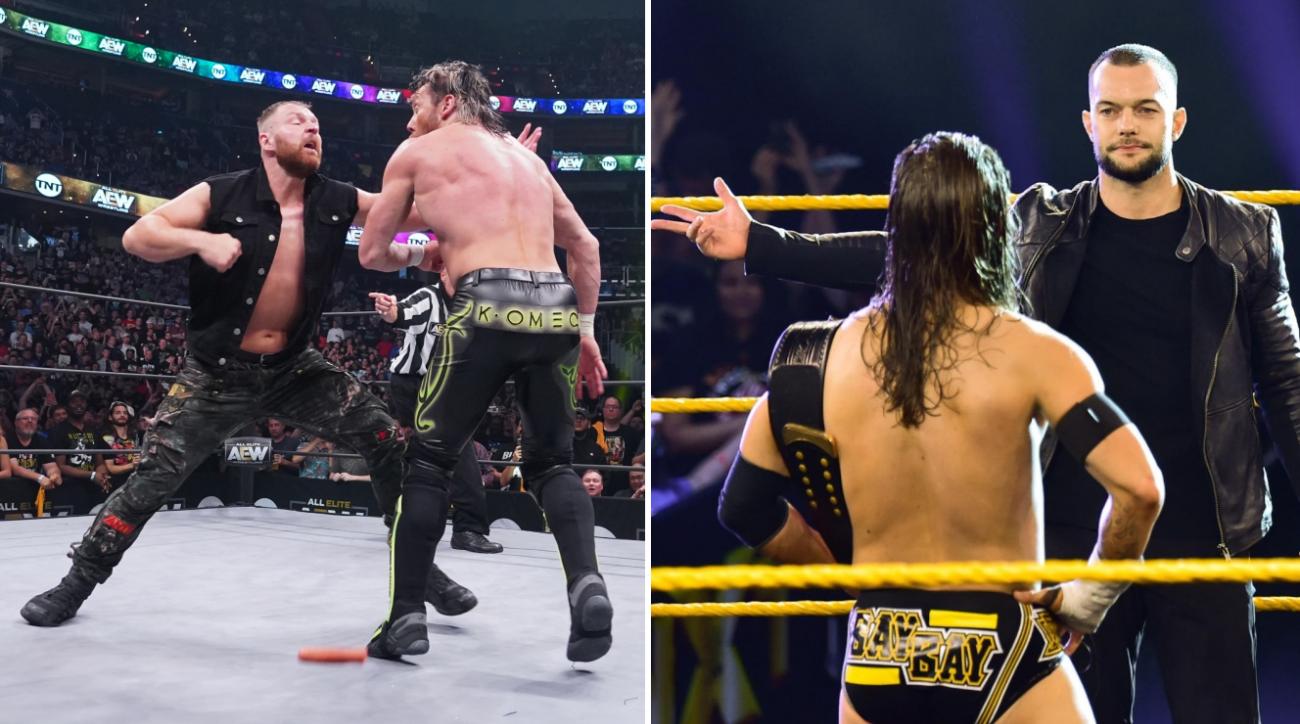 Last night’s showdown between NXT and AEW Dynamite still has fans buzzing and excited for the weeks to come as the two shows go head to head every week.

Earlier today, Nielsen revealed the overnight ratings for both shows. According to Nielsen, All Elite Wrestling has surpassed NXT’s ratings with a 0.7 while NXT did a 0.5 rating.

Viewership numbers has not been revealed yet but will be out shortly.

Last night’s edition of NXT was full of wild moments and matches that occured throughout the historic night.

The opening match saw Adam Cole defend the NXT Championship against Matt Riddle in what was an amazing hard hitting match between two very talented competitors. In the end, Cole came out victorious with the Last Shot on Riddle and getting the pinfall victory to retain the championship. After the match, a shocking return was made by NXT alumni and former NXT Champion Finn Balor, who would announce that he is officially back on the gold and black brand.

The closing moment saw the return of another former NXT Champion Tommaso Ciampa confront Adam Cole on the entrance ramp.

The debut of All Elite Wrestling Dynamite proved to be a force to be reckon with as they put on a memorable debut show. The episode started with a physical back and forth contest between Cody and Sammy Guevera, which saw Cody coming out with the victory but then getting attacked by the AEW World Heavyweight Champion Chris Jericho.

The show also saw the crowning of the first ever AEW Women’s Champion as Riho defeated Nyla Rose to win the title. Other matches included MJF vs. Brandon Cutler and “Hangman” Adam Page vs. PAC.

The main event saw The Elite take on AEW Champion Chris Jericho, Santana and Ortiz in a 6 man tag. Jon Moxley interfered in the match and took out Omega as he hit a DDT on him through a glass table.