The Viking Raiders Get A Monstrous Partner Vs. The O.C. At WWE 'Hell In A Cell' 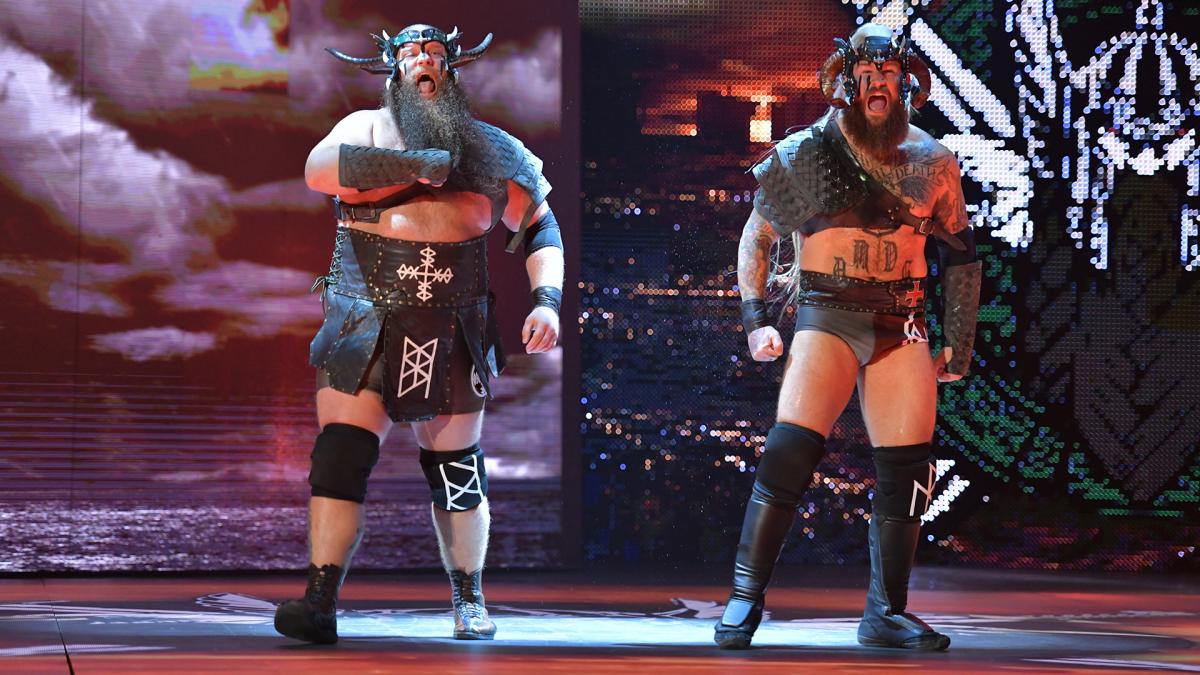 The Viking Raiders Get A Monstrous Partner Vs. The O.C. At WWE 'Hell In A Cell'

Braun Strowman was the mystery partner for The Viking Raiders at WWE Hell in a Cell on Sunday, October 6. The trio went to war with AJ Styles, Karl Anderson and Luke Gallows of The O.C. and the match ultimately broke down in a brawl, leading to a disqualification win for Strowman and The Viking Raiders.

Strowman crushed Styles after the match ended, leaving AJ in a fog on the ramp. Anderson and Gallows attempted to keep Styles on his feet, but The Phenomenal One was barely able to stand upright.

#USChampion @AJStylesOrg isn't quite sure where he is… #HIAC pic.twitter.com/kaTt9e73oi

Erik and Ivar have impressed the WWE faithful in recent months with their work on Monday Night Raw. The team formerly known as War Machine typically  pop the crowd with their feats of strength and freakish athleticism in the ring.

The O.C. has been the premier heel faction in WWE and the heat between them and their HIAC opponents is likely not over yet.