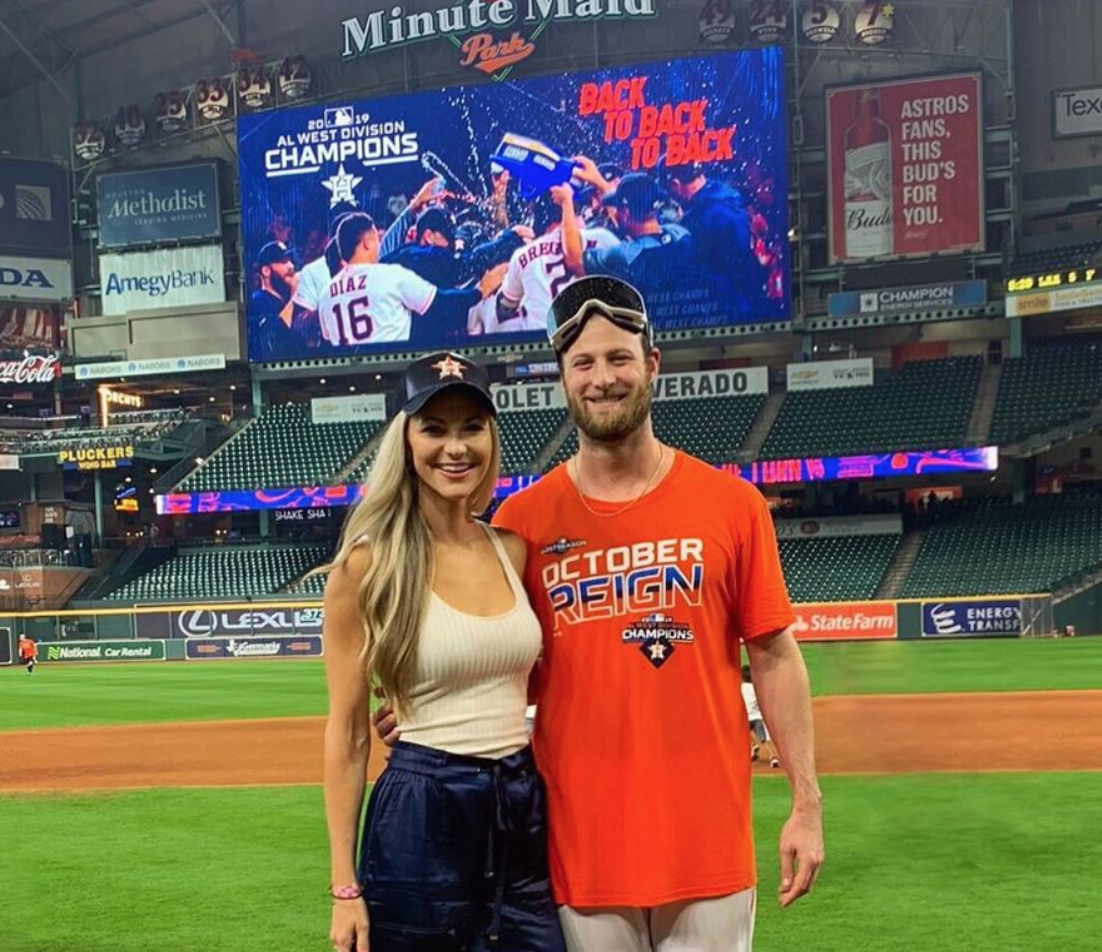 Astros ace Gerrit Cole helped carry his team to the American League Division Series — winning both Game 2 and Game 5, and giving up only one measly run (a homer) in 15 2/3 innings of work in doing so.

Cole made the Rays hitters look silly in the series, and he completely stole all the momentum they had from two dominant victories in Game 3 and Game 4.

He’s one of the most popular guys in Houston right now, as the thunderous ovation he received from fans in Game 5 illustrated. Not only that, he’s crushing life off the field, as he’s married to the beautiful Amy Crawford. She hung out with Justin Verlander’s wife, Kate Upton, in a suite at Minute Maid Park during Game 5, and the two recreated their husbands’ infamous Sports Illustrated cover photos, as you can see below.

The two have been married since 2016, and you can check out more photos of them below (via Amy’s Instagram).

While dining out together a few nights ago, an older couple approached our table. My gut reaction was that they recognized my incredible husband for his achievements on the baseball field- that they appreciated his talents and wanted to tell him so. Instead, they surprised us both by saying “We’ve been sitting by you all evening and while we haven’t heard a word you said, we can tell you two are each other’s best friends. And let me tell you, there is nothing more important in a partner.” And I gotta say, while everything this guy does is impressive to me, the way he loves me is by far his best work. Cheers to a decade with my best friend & to another year of loving you. Happy Birthday, @gerritcole45!

Life is better when the Boz crew is in town. 🧡 Thanks for celebrating G’s bday with us!