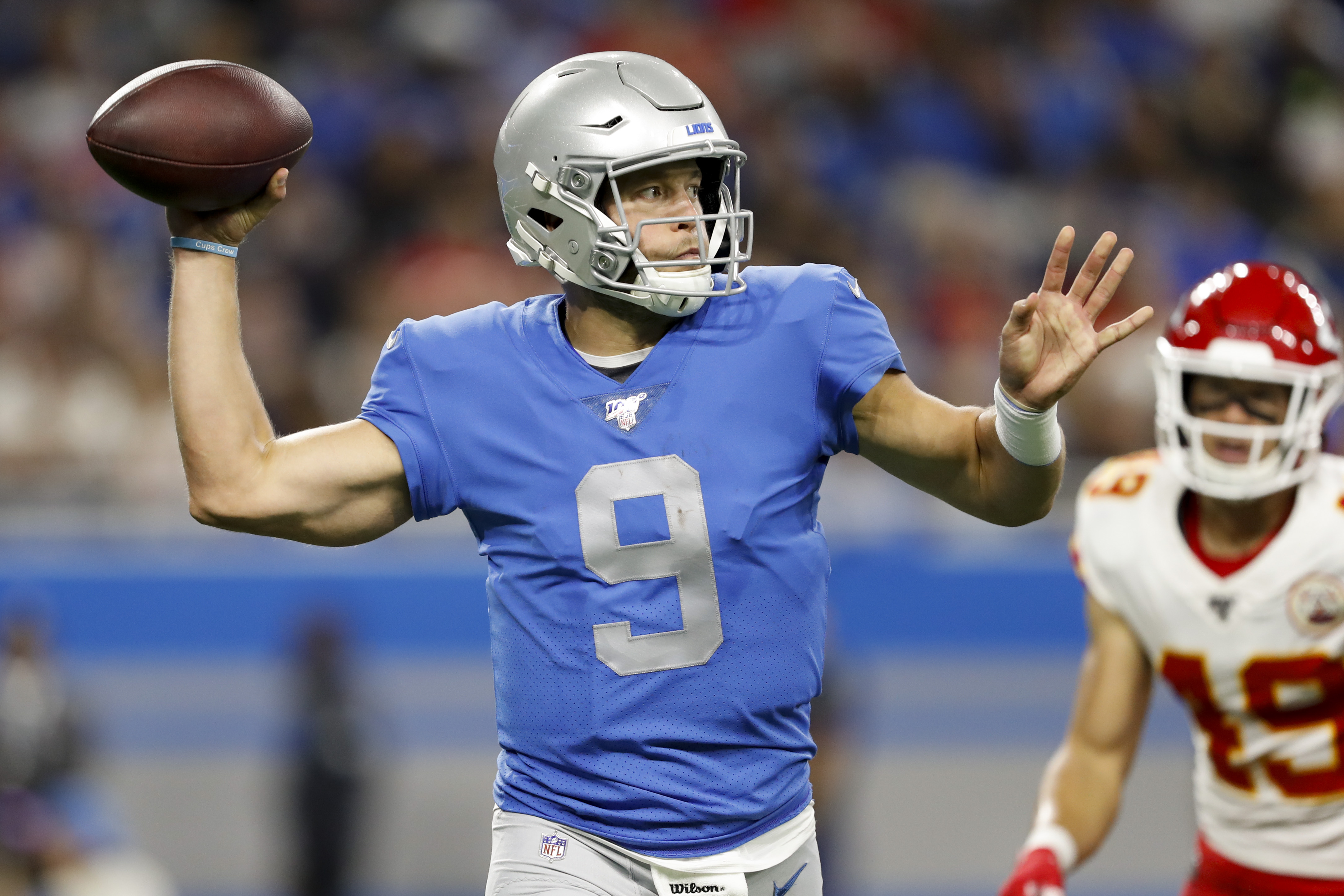 The Packers (4-1) sit atop the NFC North standings while the Lions (2-1-1) are close behind. The two other teams, the Minnesota Vikings (4-2) and Chicago Bears (3-2), are  fighting for supremacy of the division as well.

The Lions have some recent history on their side in this matchup after struggling for years. They have won four straight games against the Packers for the first time since the 1982 and 1983 seasons.

Detroit has also won three of four at Lambeau Field after ending a 24-game losing streak in the series in 2015.

But Green Bay has some history on their side as well as quarterback Aaron Rodgers has thrown for 300-plus yards and had a passer rating of at least 100 in four straight Monday night starts. They have also not lost five consecutive games against the Lions since they lost 11 games in a row between 1949 and 1954.

Rodgers, who has 1,307 yards, six touchdowns and an interception on the year, has one of the best running backs he’s had in years.

Aaron Jones, who leads the NFL in rushing touchdowns with eight, became the first player in league history to rush for four touchdowns against the Dallas Cowboys in the Packers’ 34-24 win last week.

But while he has scored a lot, he hasn’t been as productive per carry or in total yards. He is only averaging 3.9 yards per carry and the team as a whole is averaging 93 rushing yards per game, which ranks 23rd in the NFL. That could change as the Lions are giving up 4.8 yards per rush, which ranks 26th in the league.

Rodgers will also be without his leading receiver, Davante Adams, who is out with a toe injury. He leads the team in both receptions and yards with 25 and 378 respectively. He’ll have to rely on the likes of Marquez Valdes-Scantling, Geronimo Allison and Jimmy Graham for more production.

On the Detroit side, the Lions go as QB Matthew Stafford goes.

For the year, Stafford has thrown for 1,122 yards with nine touchdowns to two interceptions. He is also leading one of the most prolific offenses in the NFL in terms of yards as they are averaging 387.5 yards per game, which ranks 8th in the league. They are also 9th in the NFL in passing yards per game with 267.

But they might want to attack the Packers on the ground as they are giving up 5.2 yards per carry, which ranks 29th in the NFL. This bodes well for running back Kerryon Johnson, who struggled to start the season but found his footing in Detroit’s last game.

In the first three games of the year, Johnson had 126 rushing yards on 48 attempts for an average of a measly 2.63 yards per attempt. But in their last game against the Kansas City Chiefs, he had 125 yards on the ground and averaged 4.8 yards per carry.

It could be tough sledding to score for the Lions as Green Bay has one of the best defenses in all of football. The Packers are allowing only 18.6 points per game, which ranks 8th in the NFL.

Injuries could hamper them this week, though, as safety Darnell Savage is out with an ankle injury and cornerback Tony Brown is doubtful with a hamstring injury.

As for Detroit, they are wounded on defense as well. Defensive tackle and former Packer Mike Daniels is out with a foot issue. Defensive end Da’Shawn Hand (elbow) and cornerback Amani Oruwariye (knee) are also out. Cornerbacks Darius Slay and Quandre Diggs are both questionable with hamstring injuries and defensive tackle A’Shawn Robinson is listed as questionable with a knee injury.

I think this game will be close throughout and a slugfest in the first half. But I think the offenses will find their grooves in the second half and the defenses will start to wear down. It will be a duel between Stafford and Rodgers and I think Johnson and Jones will both go for over 100 yards on the ground. Whoever makes the least amount of mistakes will win this one and I believe Rodgers will win that battle over Stafford.