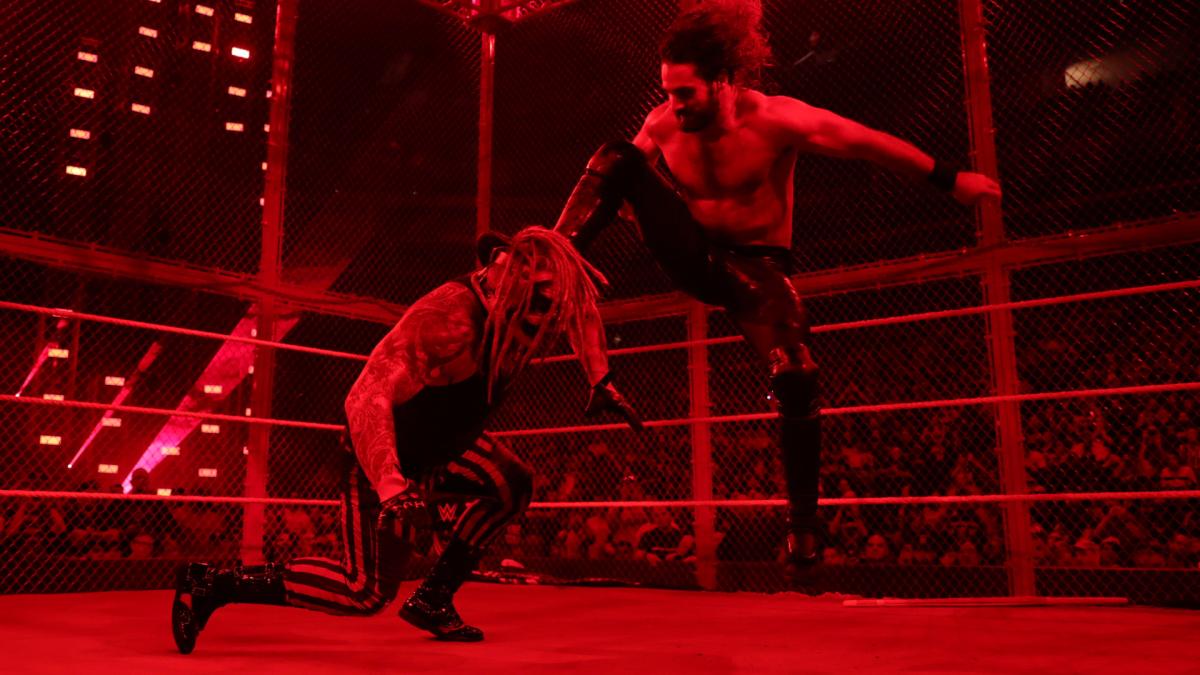 WWE Universal Champion Seth Rollins has been very outspoken on social media lately as he has defended WWE from fan criticism.

Seth defended the company yet again today but this time it was about the result of his main event match at WWE Hell In A Cell against Bray Wyatt.

As fans were mocking the Hell In A Cell finish when WWE announced that Seth Rollins will face The Fiend at Crown Jewel in a Falls Count Anywhere match for the Universal title, Seth took to Twitter to defend the finish to that match.

Correction: it ended in a ref stoppage. When a body isn’t moving, the official has to make the right call. https://t.co/EBFI9pNpJE

The comments from Rollins would continue as a fan made reference to the Hell In A Cell match between Undertaker and WWE Hall Of Famer Mick Foley at King Of The Ring 1998 where Foley was infamously thrown off the cell and chokeslammed through the cell, making a point that there was no referee stoppage in that match.

Seth would reply and comment on the legendary match between Undertaker and Mankind.

I imagine Mick and Taker might have liked the ref to stop the match there. Might have added a few more years to Mick’s incredible career. Just a thought.

Seth has not been the only one to defend WWE on the creative decision to have the referee stop the Hell In A Cell main event.

Referee Rod Zapta was featured on WWE’s Youtube show The Bump last week and defended his decision to stop the match saying that he had to think about the competitors safety.

After the match, fans erupted in boos and chanted “AEW” and “We Want Refunds.” The Fiend attacked Seth Rollins with the Mandible Claw and planted Seth with two Sister Abigail’s on the outside of the ring.

The Fiend would put the Mandible Claw on Seth again afterwards but this time would cause Seth to bleed from the mouth to end the show.