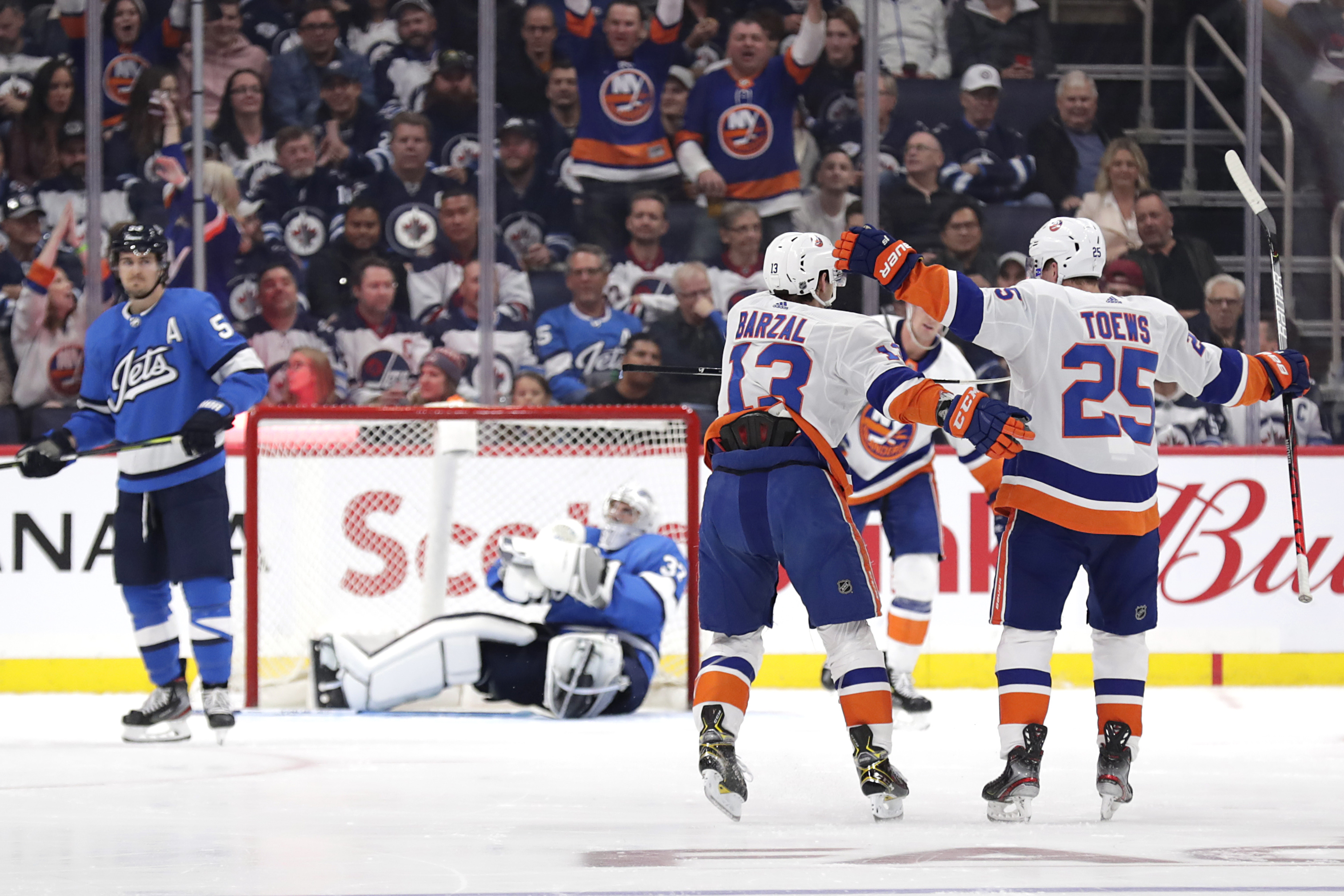 On a night in which the Islanders were dominated throughout, they escaped Winnipeg with a 3-1 win — their third-in-a-row.

That’s a sentence that reeks of last season as New York’s defensive structure and solid goaltending — this time from Semyon Varlamov — was enough to steal two points.

Varlamov was the sole reason as to why the Islanders were even in the game as long as they were as Barry Trotz’s men couldn’t have had a much slower start.

They were outshot 16-5 in the first period — which included Nikolaj Ehler’s third goal of the season, a power-play tally, with 6:48 remaining in the frame to put the Jets ahead — and didn’t record their sixth shot of the game until 7:41 into the second.

But what a shot it was.

Mathew Barzal recorded his second goal of the season (and his first of two on the night) slapping home a one-time effort off a pass from Josh Bailey just 16 seconds into their first and only power play of the game.

It was New York’s fourth power-play goal of the season, raising their conversion rate to 33.3-percent (4-for-12) on the season. That’s fourth-best in the NHL this season.

Not a bad start to life with the Islanders for assistant coach Jim Hiller, who replaced Scott Gomez as the team’s power-play coordinator this season; especially when you consider just how bad the special-teams unit was last year.

The Islanders owned the NHL’s third-worst power-play attack in 2018-19, converting on just 33-of-227 man-up opportunities for a measly 14.54-percent rate.

Oddly enough, the Islanders scored four goals in their first seven games last season. The big difference, however, was that they had 20 power-play opportunities compared to just 12 this year.

That kind of efficiency from Hiller’s group is awfully promising throughout the early portions of the season.

It’s no secret that the Islanders are going to be lean on goal-scoring once again this season. So putting together a power-play unit that can actually take advantage of the man-up chances thrown their way is going to be vital to the team’s success in 2019-20.

For now, the Islanders are over .500 for the first time this season as the ship slowly begins to right itself with a trip to Columbus on tap Saturday night.