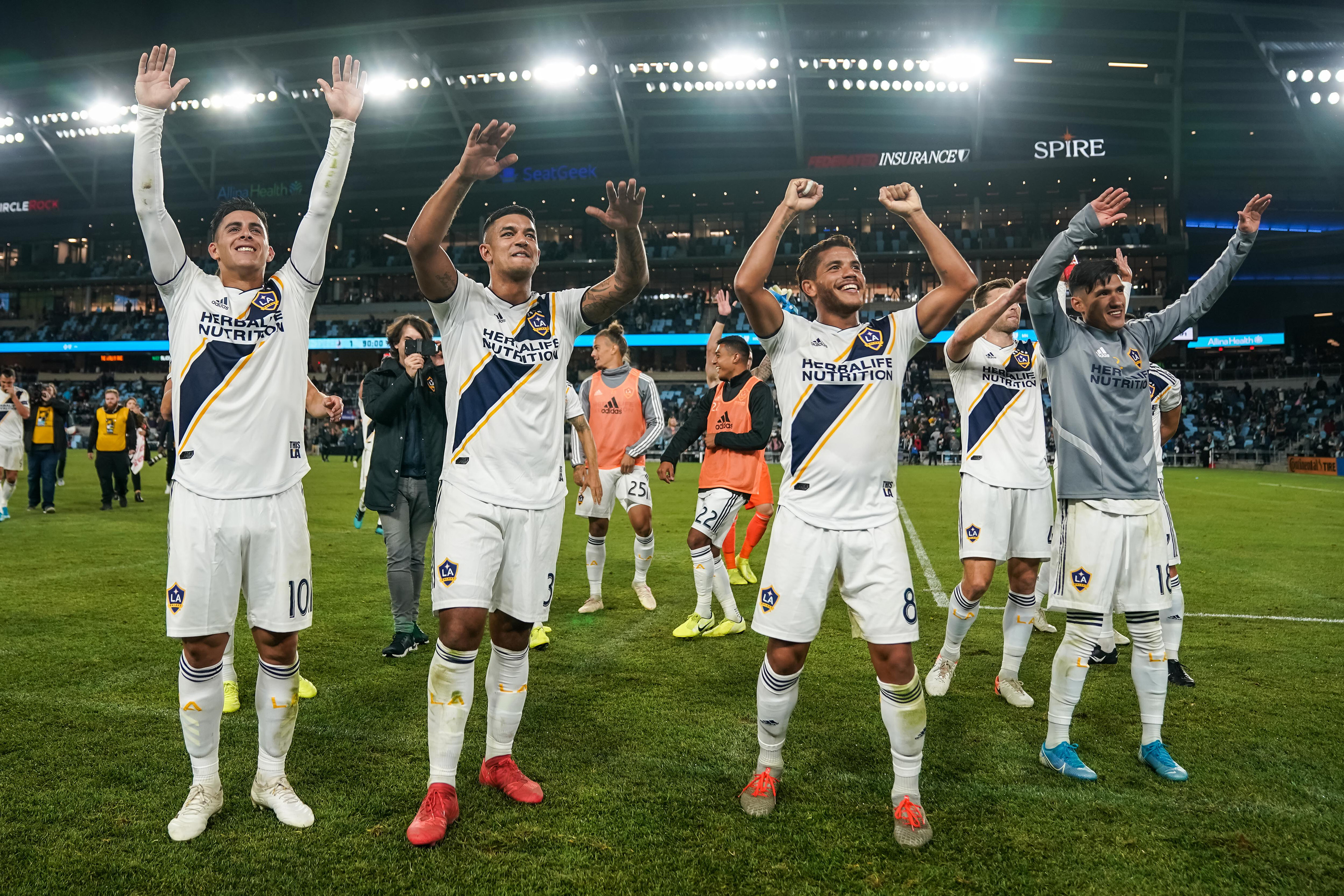 The first Round of the 2019 MLS Cup Playoffs is in the books, and the winners of those matches as well as the two teams that had byes will continue their quest for the Cup.  While teams like New England, Dallas and Portland gave it their all playing away matches while losing by one goal, DC United disappointed with a 5-1 loss in extra time in Toronto. NYCFC and LAFC both earned byes in the first round of play, which should give them advantage given their opponents will be traveling and playing on just a few days rest.

With the home-and-away format eliminated in favor of a single knockout games, here’s our Conference semi-final preview and predictions:

While Atlanta and New England played a low-scoring affair that ended with a 1-0 Atlanta win, their free-flowing style of offense clearly had the Revs on their heels most of the match.  They can be expected to repeat that style of play on Thursday against the Union, who came back from a 3-1 deficit to beat the New York Red Bulls in extra time 4-3. While the Red Bulls were unable to hold the lead against Philadelphia, Atlanta proved to be one of only two MLS teams to take and keep the lead against their opponent out of all the first-round matches (the other was the Galaxy).

Philadelphia finished just three points behind Atlanta in the regular season standings, but a combination of home field advantage, fatigue from playing from behind in a game decided in extra time and an Atlanta fluid front line will prove to be too much for the Union to overcome. Atlanta will advance to the Eastern Conference finals with a 4-2 win.

Finishing first in the Eastern Conference 14 points ahead of 4th place Toronto, NYC FC should be seen as the clear favorites to advance.  They will be playing at home (with the NY Yankees eliminated from the MLB playoffs) and have had a bye while Toronto played a grueling extra tine match on Saturday.  The Reds were missing star striker Jozy Altidore and key defender Omar Gonzales, both of whom might be unavailable for the match at Yankee Stadium due to their injuries.  Toronto was able to defeat DC United without both players, but they will need Altidore and Gonzales in New York if they expect to be playing in the Conference championship.

For NYC FC, forwards Heber and Valentin Castellanos as well as midfielder Alexandru Matrita all had double-digit goal scoring seasons in 2019. Along with veterans Maxi Morales’ 20 assists in the midfield and steady goalkeeping from Sean Johnson, it’s hard to see how a tired and banged-up Toronto squad can get past a talented NYC team.  Look for NYC FC to beat Toronto 3-1, ending their season as well as Michael Bradley’s career in Canada.

After a surprisingly tough fight against a spirited Dallas squad that wasn’t decided until a Jordan Morris goal in the 114th minute, the Sounders now turn their attention to Real Salt Lake.  RSL managed to advance via a 87th minute goal against a Portland Timbers team that managed only four shots on goal by a score of 2-1.

Seattle finished ahead of RSL by just three points in the table, and this match can be expected to be close.  One difference- maker could well be the Sounders’ Jordan Morris, who scored the winning goal against Dallas and tallied a hat trick overall. While RSL has done well to advance to the Western Conference semi-finals after the suspension and ultimate sacking of manager Mike Petke in August, their 2019 campaign will end in Seattle with a 2-1 loss.

Following their bye, Supporters Shield winner LAFC will face their Southern California rivals LA Galaxy in what should be a very entertaining match.  For LAFC manager Bob Bradley’s squad, who finished the season with a goal differential of +48, they are powered by Carlos Vela, who led the MLS in goals scored in 2019 with 34.   The LA Galaxy will counter with international superstar Zlatan Ibrahimovic, who has scored 29 goals in the regular MLS season and three more than the rest of the team combined. The Galaxy advanced to the Western Conference semi-final by winning in Minnesota by a 2-1 margin, With Vela and Ibra unlikely to return to MLS next season, both players will be highly motivated to earn MLS silverware by winning the MLS Cup next month.  Both teams possess average defenses, and the match will be won or lost up front. Throughout the season, when Carlos Vela has a sub-par game or is kept scoreless, LAFC has had a tough time claiming all three points.

The Galaxy, on the other hand, were able to win in Minnesota against the Loons without Ibra scoring a goal, and that will be the major factor ending LAFC’s season. Look for LAFC to lose their Southern California duel to crosstown rivals LA Galaxy by a score of 3-2 and punch the Galaxy’s ticket to the Western Conference finals.