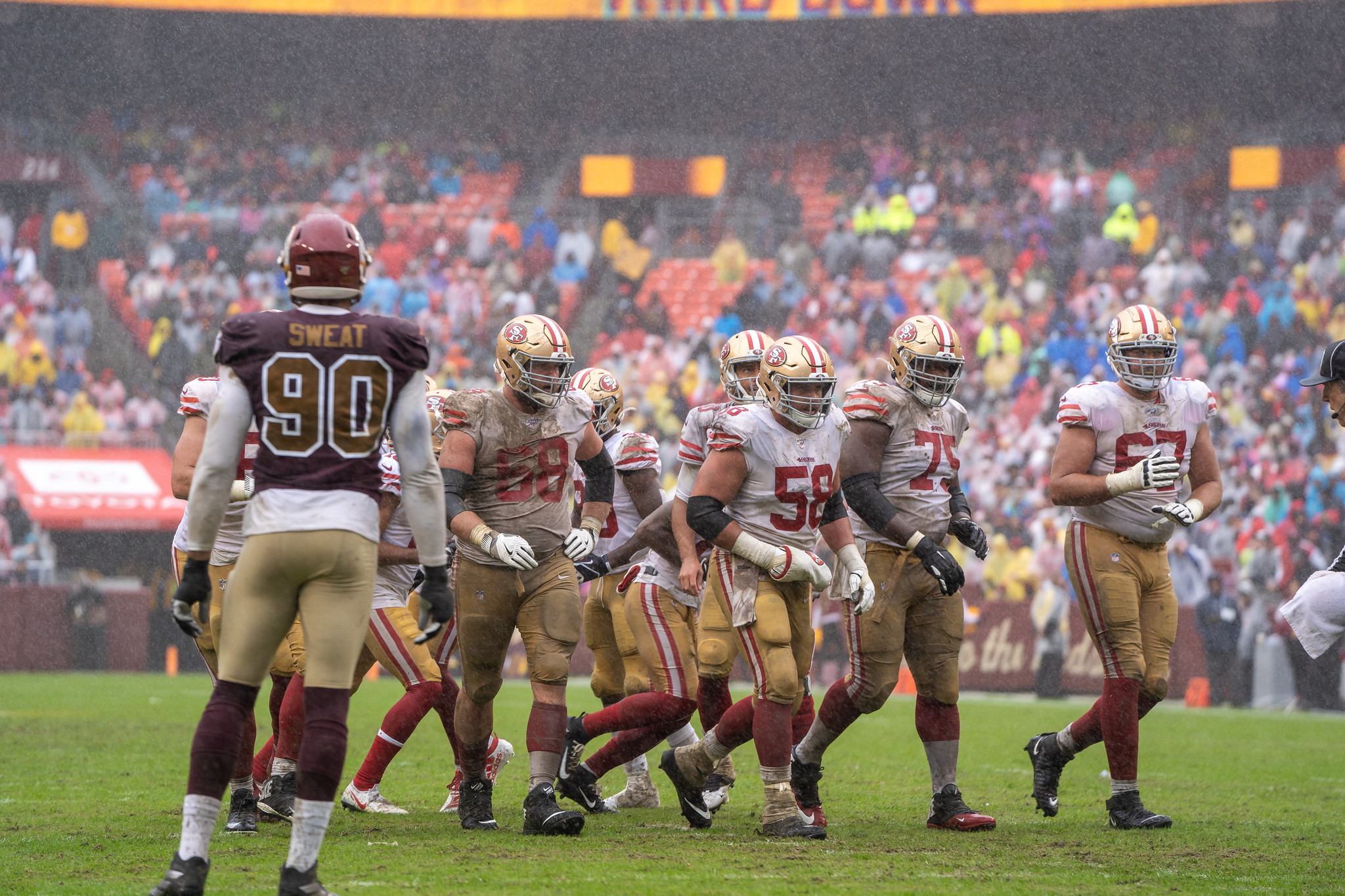 LANDOVER, MD – Sunday’s forecast called for consistent rain mixed with wind. It was exactly just that. That nation’s capital was drenched with 4 inches of rain on Sunday, and so was FedEx Field.

Because of the harsh weather conditions, the game was tied 0-0 for the majority of the game. That’s until 49ers kicker, Robbie Gould successfully kicked three field goals to lead the 49ers to 9-0 shut out win against the Redskins.

If there is one decent takeaway from this disappointing season thus far – two out of the six Redskins losses have come from the only two teams that remain undefeated: The San Francisco 49ers and the New England Patriots.

Football in the rain isn’t conducive to well-played games, but it does lead to some excellent photography. You can find my top photos from Sunday’s game here.