Three takeaways from the Isles 4-2 win over Arizona 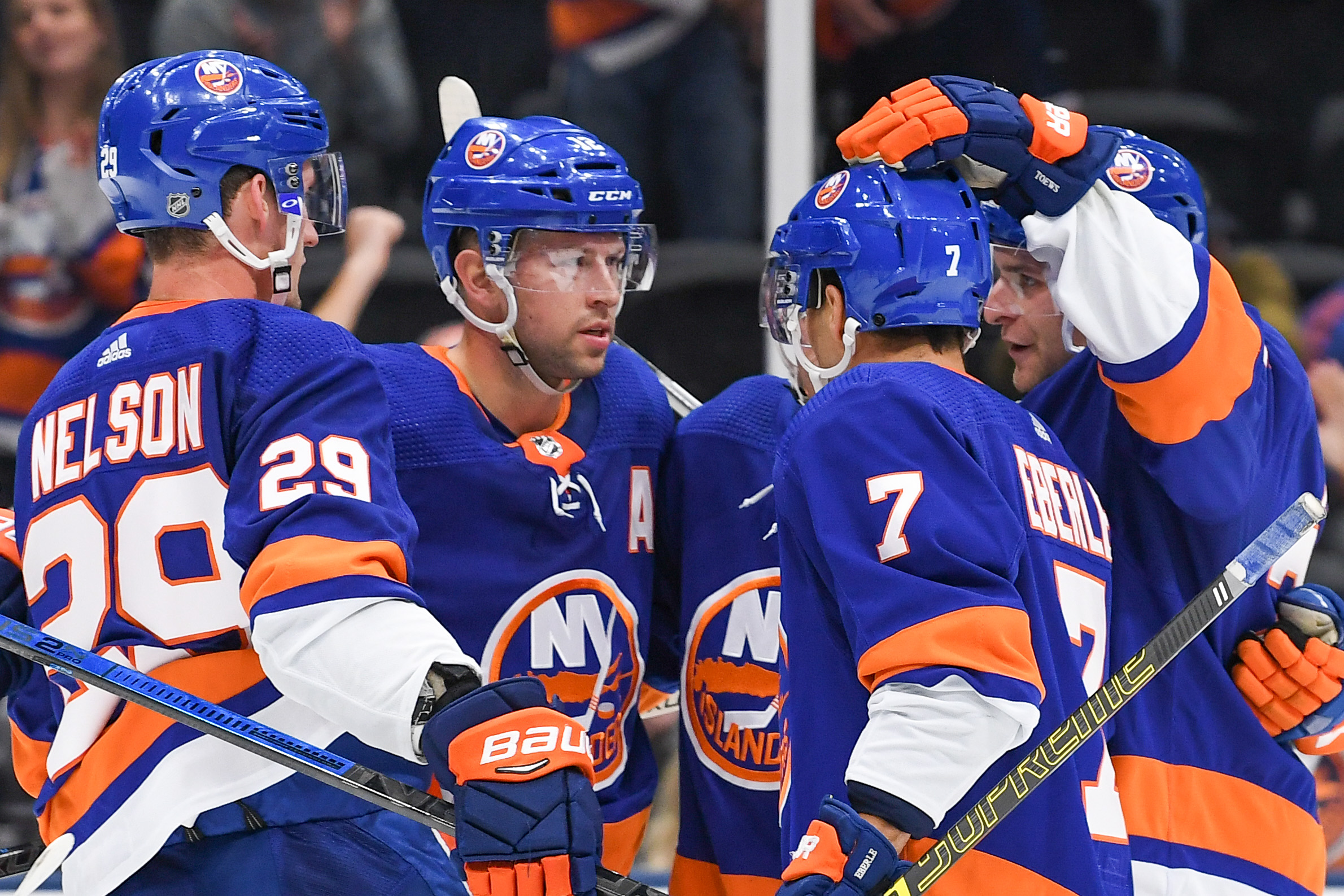 Three takeaways from the Isles 4-2 win over Arizona

UNIONDALE, N.Y. — The Islanders picked up their fifth win in a row with a 4-2 victory over the Arizona Coyotes. Anders Lee’s goal eight minutes into the third period served as the game-winner for the Islanders.

Scott Mayfield scored an empty-net goal to seal the win in the closing seconds of the contest. Derick Brassard scored the Islanders’ opening goal of the evening and Josh Bailey scored his fourth goal of the year in the second period, which tied him for the team lead.

Semyon Varlamov made 21 saves in his third win this season.

Below are three takeaways from the game:

the islanders played with a healthier lineup

While they were still without Leo Komarov and Jordan Eberle, the Islanders played with a healthier roster on Thursday night than they had been. Casey Cizikas returned to game action for the first time after missing five straight contests and immediately made an impact on the fourth line, along with Cal Clutterbuck and Matt Martin.

The Islanders’ pesky fourth line drove the Coyotes crazy most of the night, forcing turnovers and helping to generate scoring chances.

“The Cizikas line back together just looks right,” Islanders coach Barry Trotz said. “I thought Marty set the tone with some big hits. That whole line did. Everyone was engaged physically.”

New York had been operating with several players injured or ill, so to have most of their regular roster on the ice was a good feeling.

no hangover after the break

The Islanders didn’t take long to get going on Thursday night even though they had spent the last four days waiting for their next game. Before their game against Arizona, the Islanders hadn’t been in action since Saturday, when they defeated Columbus 3-2 in overtime.

New York wasted little time pouncing on the Coyotes early and jumping on the scoreboard 1:25 into the contest. Arizona managed to push back eventually tie the game later on in the first, but the Islanders maintained their style of play throughout the evening.

“Most of the night we were good,” Ryan Pulock said. “We created a lot of O-zone time, made some good plays in there and I think defensively we were pretty sharp. We had a few shifts in our zone, but we kept them to the outside pretty well.”

The Islanders limited the Coyotes to just 23 shots total through 60 minutes, with neither team registering more than nine in each period. The Islanders penalty kill also made three strong appearances in the win and the team had a good forecheck going most of the night.

“That was more Islander hockey,” Trotz said. “Set the tone early. … We didn’t have any passengers.”

The forward once again made his presence felt on Thursday night against the Coyotes. The most memorable moment came in the first period when Bardreau had a breakaway scoring chance.

After being sprung loose for the breakaway attempt, Bardreau tried to backhand the puck past Darcy Kuemper. The Yotes’ goaltender was able to get a piece of the puck.

“Cole has been pretty good,” Trotz said. “The great thing about cole is he gives you a sense of you can trust. You’re always hoping a young player gets that opportunity to score a goal and have that memory. Good play by (Oliver Wahlstrom) getting the puck up to him.”

Cole Bardreau’s family couldn’t make it to Columbus for his #NHL debut, but they’re here tonight at the Coli! 👏 pic.twitter.com/UsmebBO4QP

Trotz added that Bardreau could be a shootout guy if the team needs him in that situation.

Bardreau won six of his eight faceoffs he took on Thursday night and he will be with the team again on Friday when they face the Ottawa Senators.