Should Eagles be interested in Robby Anderson, Rashard Higgins? 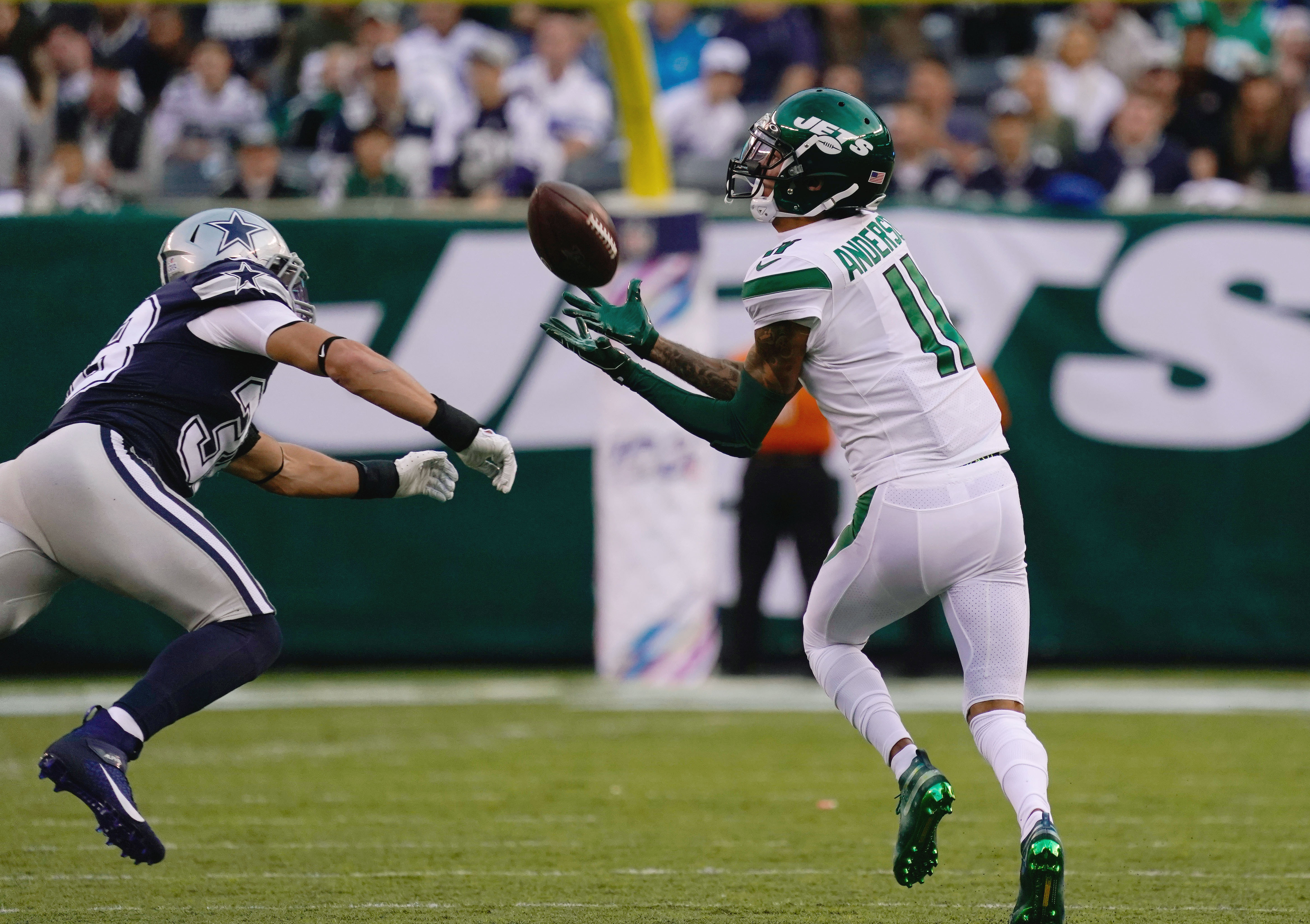 Should Eagles be interested in Robby Anderson, Rashard Higgins?

With the 2019 NFL trade deadline quickly approaching, the Philadelphia Eagles are trying to upgrade a couple of positions of need to salvage their season.

As we all know by now, the team was reportedly interested in former Jacksonville Jaguars star cornerback Jalen Ramsey. The 24-year-old corner was surprisingly traded to the Los Angeles Rams in a blockbuster deal last week.

Despite missing out on Ramsey, the Eagles have also been connected to Cardinals cornerback Patrick Peterson and Broncos cornerback Chris Harris Jr. in recent weeks.

However, it seems as if both guys will not be moved by next week’s deadline.

If this is the case, Eagles general manager Howie Roseman will need to turn his attention towards acquiring a wide receiver

The Eagles were reportedly interested in Broncos veteran wide receiver Emmanuel Sanders. But he was traded for draft picks to the San Francisco 49ers earlier this week.

That being said, who could the Eagles get just days before the deadline? Two players who could be on their radar is Robby Anderson and Rashard Higgins.

According to Albert Breer of Sports Illustrated, Higgins’ name has been out there and could help a team that is looking for receiver help.

Breer also mentioned that the Browns are in the market for offensive line help and believes that Eagles offensive tackle Halapoulivaati Vaitai could be moved.

With that in mind, one wonders if Philadelphia would consider moving Vaitai, who is in the final year of his contract for the 25-year-old Higgins?

This season, Higgins has only played in one game (Wk. 1 vs. Tennessee) due to a knee injury.

However, he is healthy now but still cannot get on the field. The 6-foot-1 wide receiver is a solid route-runner, who can get separation, and lineup either on the outside or in the slot.

In 2018, the former Colorado State standout had a breakout year for the Browns.

Higgins accumulated 39 receptions (53 targets) for 572 yards and four touchdowns. He also averaged 14.7 yards per reception and had a 73.6 catch percentage.

Higgins is scheduled to be an unrestricted free agent this offseason, so the Eagles could re-sign him if things go well.

In regards to Anderson, he is back on the trade market for a second-straight season.

Manish Mehta of the New York Daily News reported on Thursday that Anderson “can be had for the right price” before Tuesday’s deadline.

However, with new Jets GM Joe Douglas in charge, he could get valuable draft compensation in return for Anderson.

The 6-foot-3 wide receiver is only making $3.1 million this season, after signing his tender in the offseason. In six games this season, Anderson has 17 receptions for 266 yards and a touchdown.

SAM DARNOLD IS BACK.

Anderson’s best season happened in 2017, where he racked up a career-high 63 receptions (114 targets) for 941 yards and seven touchdowns.

That being said, there is no reason why the Eagles should not be offering at least a third-round pick for the young wide receiver. He is the perfect fit for their offense and could be re-signed for many years to come.

Nevertheless, it shall be interesting to see what Philadelphia does in the coming days with the trade deadline on the horizon.