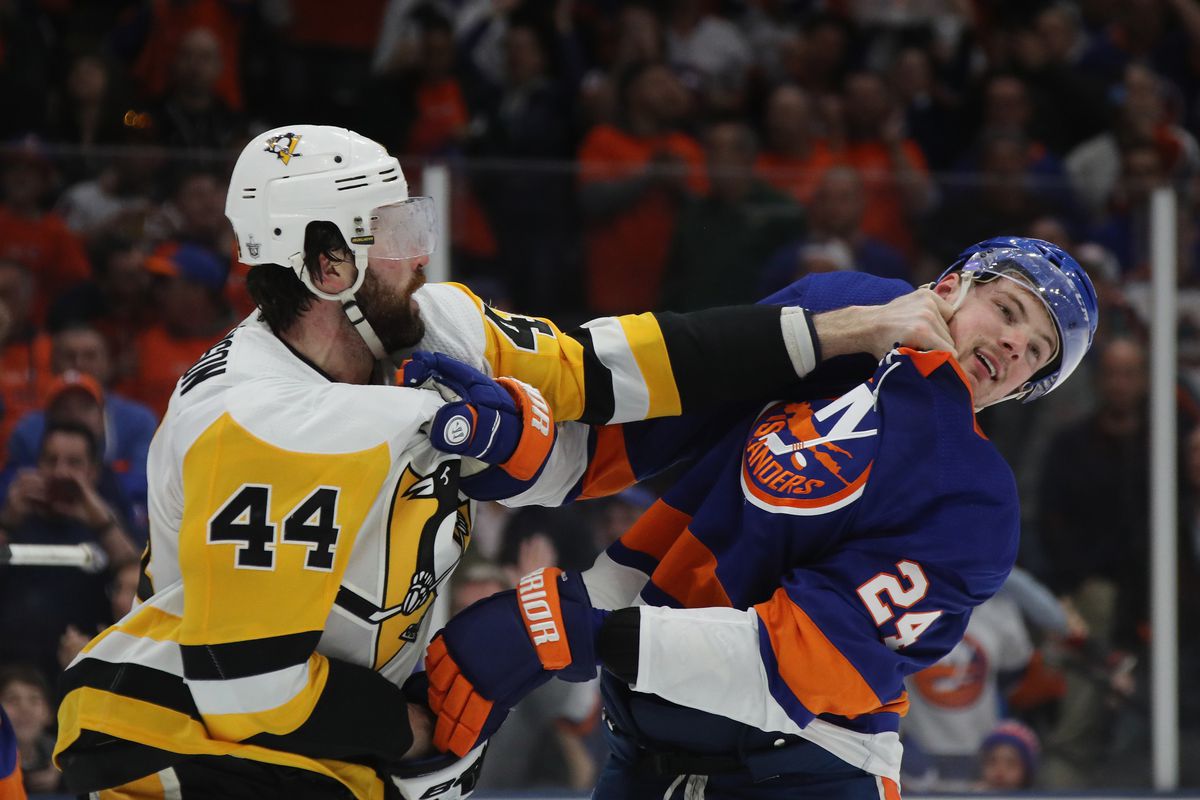 The Pens have sent one of their two anchors on the blue line back west to Anaheim.

Pens sent Erik Gudbranson to the Anaheim Ducks in exchange for Andreas Martinsen and a 2021 seventh-round pick.

The Penguins have acquired forward Andreas Martinsen and a 2021 seventh-round draft pick from the Anaheim Ducks in exchange for Erik Gudbranson.

Now, the question you’ve all been asking, humble tPB readers: “Is this a good trade?”

While Gudbranson was perfectly serviceable in his time as a Penguin, his contract was an albatross.

(Side note, I understand why everyone hated it, yes, GMJR traded for said contract, but he didn’t sign it…although he feasibly could of…)

$4M against the cap for this year and next year.

In one game of action with the San Diego Gulls this season he…did nothing.

End of the day, this was strictly a cap move.

The Pens now find themselves with $663,359 in open cap space, according to CapFriendly.

One anchor gone, one to go.