Three takeaways from the Islanders' 5-3 win over the Flyers 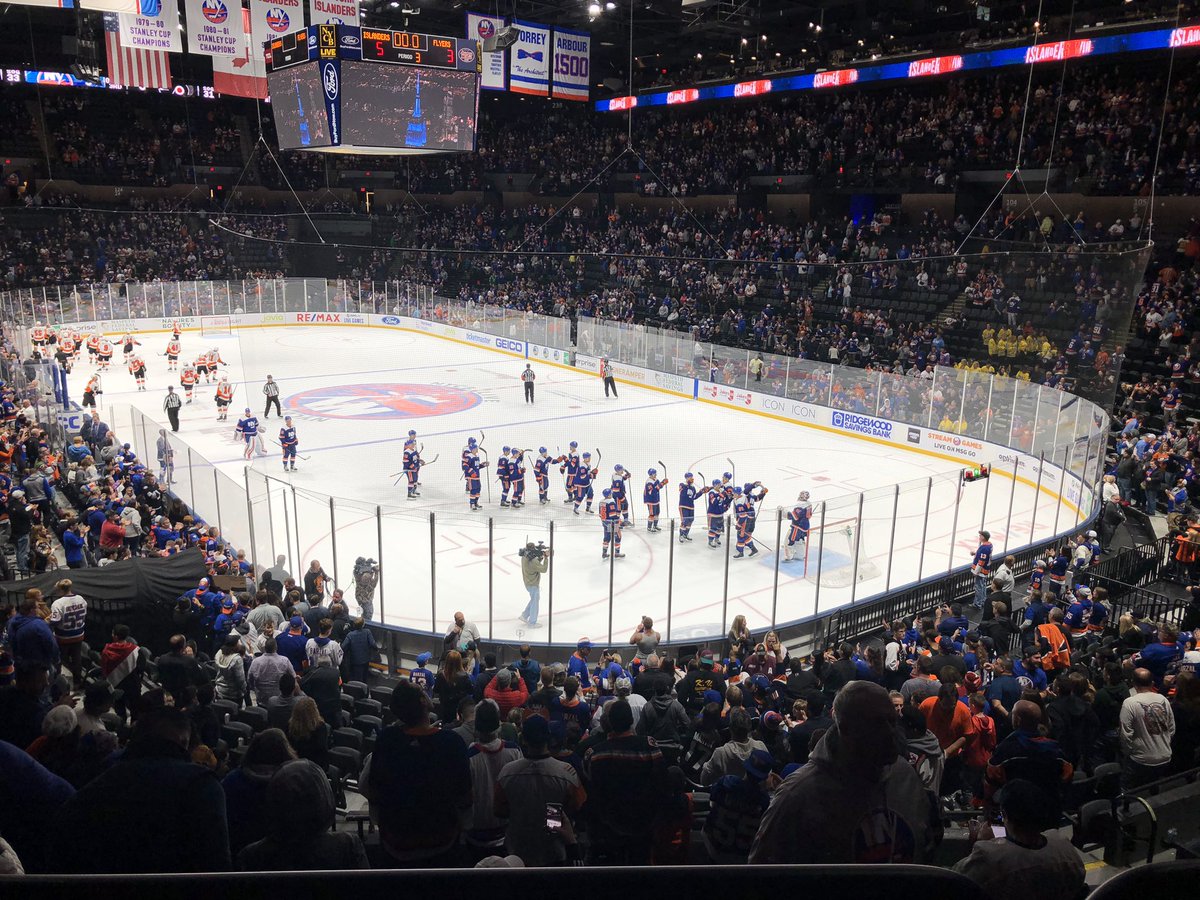 Three takeaways from the Islanders' 5-3 win over the Flyers

Anders Lee, Derick Brassard, Ross Johnston, Ryan Pulock and Mathew Barzal scored for the Islanders. Semyon Varlamov made 28 saves in the win, while the Islanders chased Flyers starter Carter Hart from the net in the second period after he gave up five goals on 14 shots.

The Islanders are finding their groove

Ask the Islanders what has been going right for them over the last seven games, the answer seems to be the same. The team is finding its chemistry and it’s showing on the ice.

“Our team we’ve been competing and all for the last couple of weeks,” said Brassard, who extended his goal streak to three games. “We play for each other. It’s been a lot of fun. Guys are stepping up. We have good goaltending. Everything is clicking right now.”

What makes it even more impressive is that the Islanders are doing so with several injuries on the roster. Matt Martin and Tom Kuhnhackl are expected to miss 4-6 weeks due to injury, Leo Komarov is day-to-day with an illness, Jordan Eberle is on the injured reserve list with a lower-body and Andrew Ladd is still working his way back from a torn ACL.

"Over the course of last year and even at the start of this year, we were having trouble scoring goals. The last seven or eight games, we really made a point to bear down on our chances." – Mat Barzal pic.twitter.com/hf3g21MTxI

Still, the Islanders played a very strong team game on Sunday night, much like they did in Thursday’s win over the Coyotes. And New York is finding ways to put the puck in the back of the net, something they struggled to do out of the gate this season.

“We’ve made a point to really bear down on our chances, but I think it’s just chemistry at the same time,” Barzal said. “It’s a combination of things, but I’d say it’s mostly just chemistry. Guys are just working, playing well right now. It’s just been a good stretch right now.”

brassard on the wing continues to pay off

It was written about after Thursday’s win over the Arizona Coyotes and it continued to be true on Sunday against the Flyers, Brassard on the wing is paying dividends for the Islanders.

Brassard, a natural centerman, has worked well on the wing of Brock Nelson. Brassard extended his goal streak to three games with his first-period tally to give the Islanders a 2-1 lead. He picked off the puck in the defensive end and charged the other way.

After a pass to Nelson, who sent the puck right back, Brassard put his shot over the glove of Hart. All three of Brassard’s goals this season have come after his move to the wing.

“When the game starts I play any position,” Brassard said about the new role. “It doesn’t really matter I have to do my job. Right now everything is clicking with (Nelson and Anthony Beauvillier).”

Whether Brassard stays in that position after players return from injury is unclear, but three games in his success is giving Trotz something to think about.

It will be hesitant for sure,” Trotz responded when asked on Sunday night. “You don’t want to break anything that works.”

Anders Lee’s leadership on and off the ice is never questioned, but it was on full display in the Islanders’ win over Philadelphia. His first-period goal was a full effort from the Islanders captain.

Lee battled behind the net to gain possession of the puck for the Islanders and worked his way to the side of the net, where he scored off the rebound.

“Anders Lee was a beast today. His goal was a great example of leadership,” Trotz said. “You don’t have a license to do less, you have a responsibility to do more. He knew it was a big game and he did more.”

Casey Cizkas had some even stronger words of praise for Lee.

“He’s our leader,” Cizikas told the Associated Press. “When you see him and he plays like that, getting to pucks, taking the body, fight in those dirty areas, you want to follow him. That’s what you want in your captain and he has done a tremendous job at leading us.”