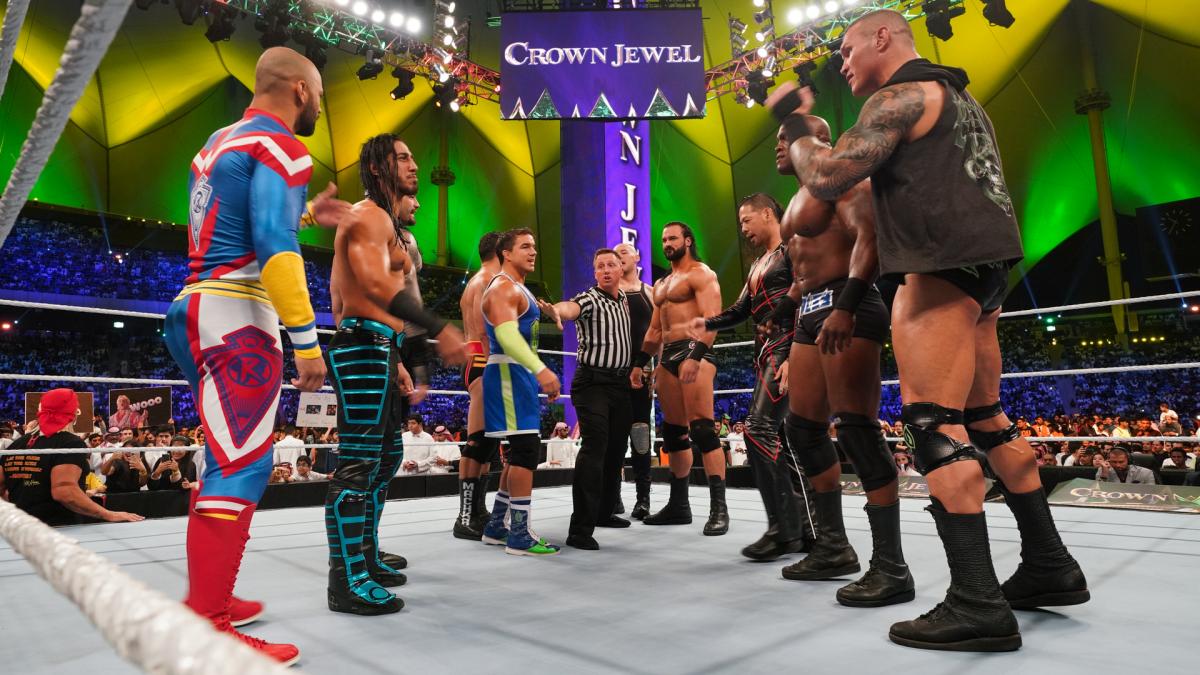 Team Hogan, comprised of Roman Reigns, Ricochet, Ali, Shorty G and Rusev, faced off against Team Flair at WWE Crown Jewel. Randy Orton, Bobby Lashley, Shinsuke Nakamura, Drew McIntyre and Baron Corbin, all stepped up for The Nature Boy, but they were unable to secure the win.

The match was packed with a lot of action including the clash between Rusev and Lashley, as they were both tagged in and exchanged blows. They are currently embroiled in a storyline with Lana, who is cheating on Rusev with Lashley.

Most notable audience reactions were the amount of cheers Randy Orton was getting throughout the match, as well as fans chanting “NXT” when Drew and Ricochet were battling in the ring.

Ricochet and Ali had the sells of the night with Lashley clotheslining Ali, turning him inside out and Ricochet selling the Claymore Kick from McIntyre. The match also had Reigns diving onto everyone on the outside, wiping them out.

The last moments of the match included Orton hitting an RKO on Reigns after The Big Dog was attempting to nail a spear on The Viper. However, Reigns would kick out at two.

The match would end with Reings finally hitting the Spear on Orton to gain the win for Team Hogan.