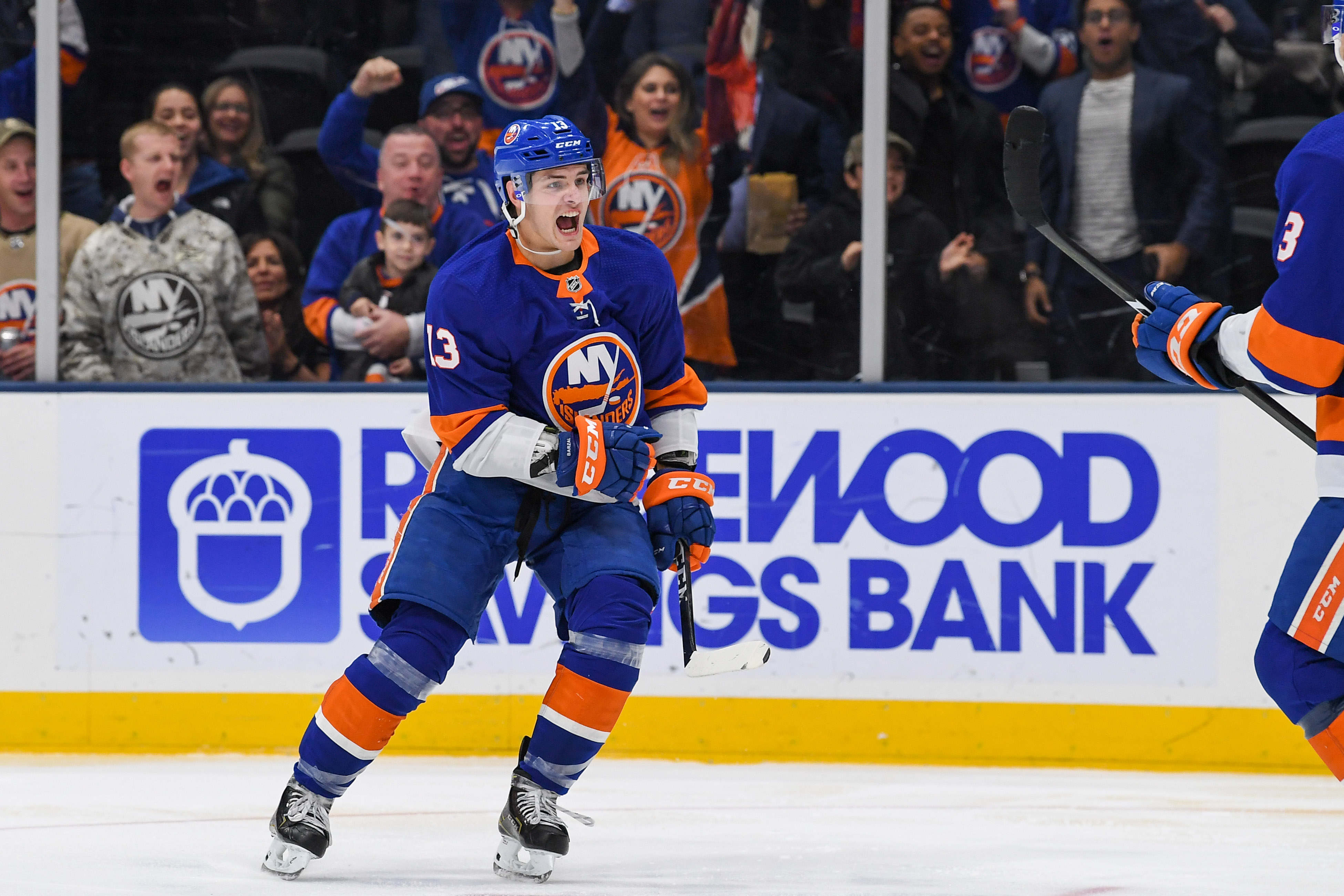 After an offseason in which the Islanders stayed rather quiet after missing out on key free agents, the question became if the Islanders could stay competitive in a tough Metropolitan Division. Early on in the season, the Islanders are proving that they can repeat the success from a year prior.

A big part of that success has come from the team’s top-line center Mathew Barzal.

The third-year forward put on another spectacular effort Friday night, when he scored a goal and assist in the Islanders’ 5-2 win over the Tampa Bay Lightning. The first-period goal was a display of the skill and speed the young forward has, backhanding a shot on net and then picking up his own rebound.

Barzal danced around the Lightning defenders before sneaking a shot through Andrei Vasilevskiy.

Later in the game,  he was part of a tic-tac-toe play that set up Josh Bailey for his fifth goal of the season and put the Islanders up 3-1. “That’s pretty hockey and it was great bury by (Bailey), so that’s nice hockey,” Barzal said.

The 22-year old center he has come out of the gate as strong as we have seen. In 12 games this year, Barzal has buried six goals, adding four assists, while also accumulating a plus-7.

Barzal has also managed to stay out of the penalty box almost entirely this season.

The Islanders are riding an eight-game winning streak and over that span, Barzal has elevated his play. Head coach Barry Trotz had been begging the passing wizard to shoot the puck more and this year he is doing just that.

With his speed and mental quickness, his decisions are throwing his opposition in every direction, and he is becoming harder and harder to anticipate.

A big part of his game that is overlooked is his face-off ability. On the year, he has won 40.3 percent of them. Winning or losing a faceoff can directly dictate the outcome of a game and is a statistic that cannot be overlooked in today’s NHL.

“I found it lately,” Barzal said about his game. “Just chemistry and whatnot. Just Barry (Trotz) putting a little more trust in my game it seems like. D-Zone draws and playing against some of the other top lines, which is night. That’s a confidence booster for me.

“(Anders Lee) has been a beast the last few games and (Josh Bailey) is one the smartest players around. They’re making it easy on me and it’s been a good stretch so far.”

Barzal is one of those players that also brings his creative touch to each game, with jaw-dropping hands and pure skating ability, and his decision making this year is something that catapults him over the top.

His goal last Sunday against the Philadelphia Flyers showcased his raw speed and his quick decision making. Barzal quickly toe-dragged the puck and stuffed it five-hole against a strong netminder. And even with his new skills being harnessed, his passing ability is unmatched.

Barzal is a stud.

With the Islanders sitting near the top of the division early in this season, Barzal’s early success will need to continue if the team hopes to shatter negative outsider expectations.