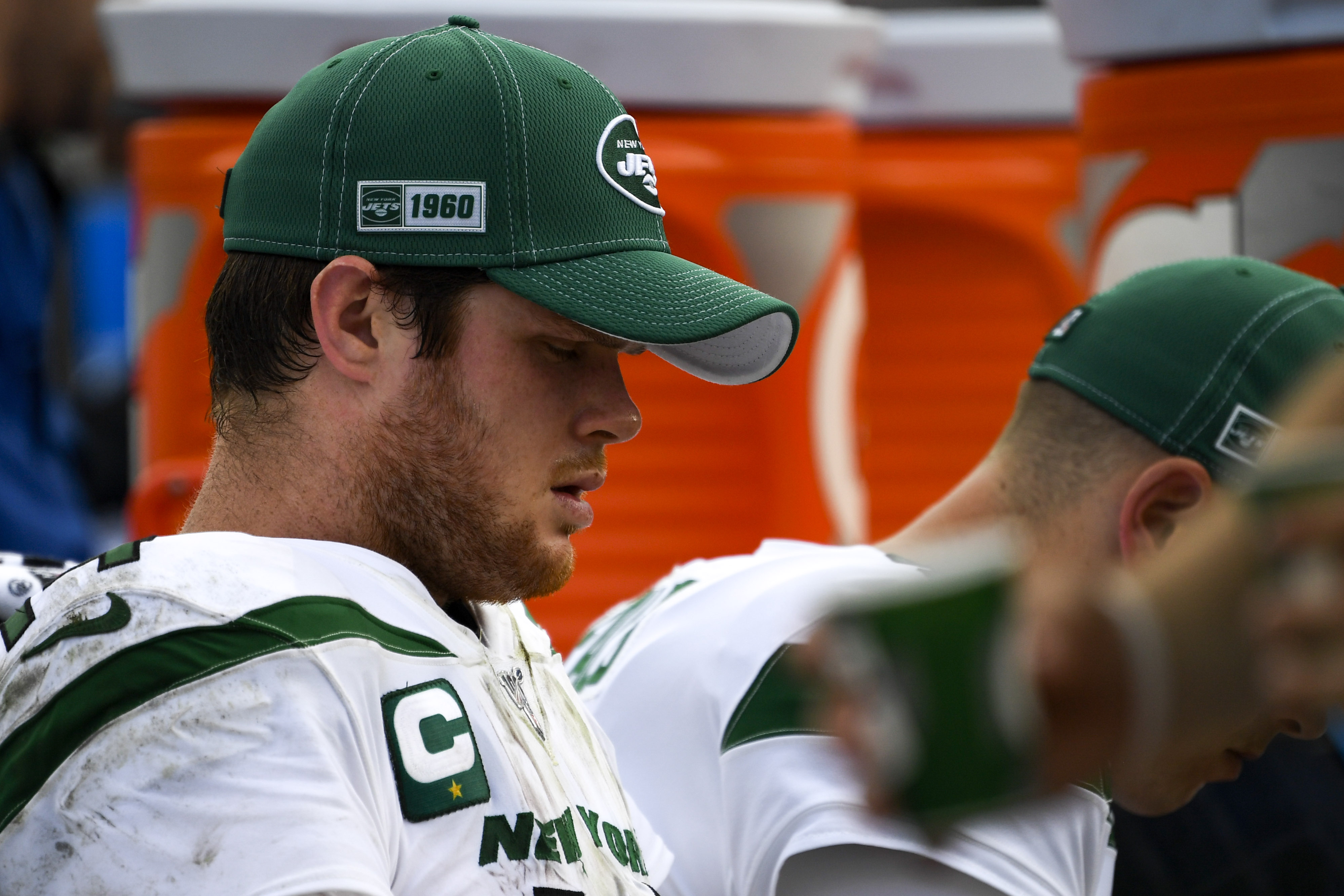 The Jets hired Adam Gase to coach the team over the offseason, in hopes that he could help develop young quarterback Sam Darnold.

However, not only has that not happened, it actually appears as if Darnold has regressed, which does not project well for Gase’s future.

Darnold has been unfortunate to operate behind a porous offensive line, as the Jets attempted to bring in former veterans of other teams, in hopes of building a consistent unit. Instead, quite the opposite happened.

Still, Darnold has made some poor decisions in games, and that’s on him. That’s exactly what he did during Sunday’s game against the Dolphins, with his team in the red zone. Darnold rolled right on a sprint out, but then faced pressure, and with a Dolphins defender hanging onto him, he elected to just heave the ball toward the end zone.

That proved to be a bad idea, as the pass was picked off with ease, and the Jets came away with no points.

Twitter had a field day with it. Check out the roast job.

Jets fans: We finally have our franchise QB!

I thought Gase would help Darnold grow. Totally wrong.
He's ruining him. Destroying him. Getting worse every single week. Regressing at a frightening rate.

This clown show must end. Get lost. Bag it. Over. #GASEMUSTGO

Sam Darnold made a poor decision…

but that was also a horrific play call by Adam Gase.

You have Le'Veon Bell.

HAND THE BALL OFF TO HIM.