Furkan Korkmaz is carving out his role with Sixers 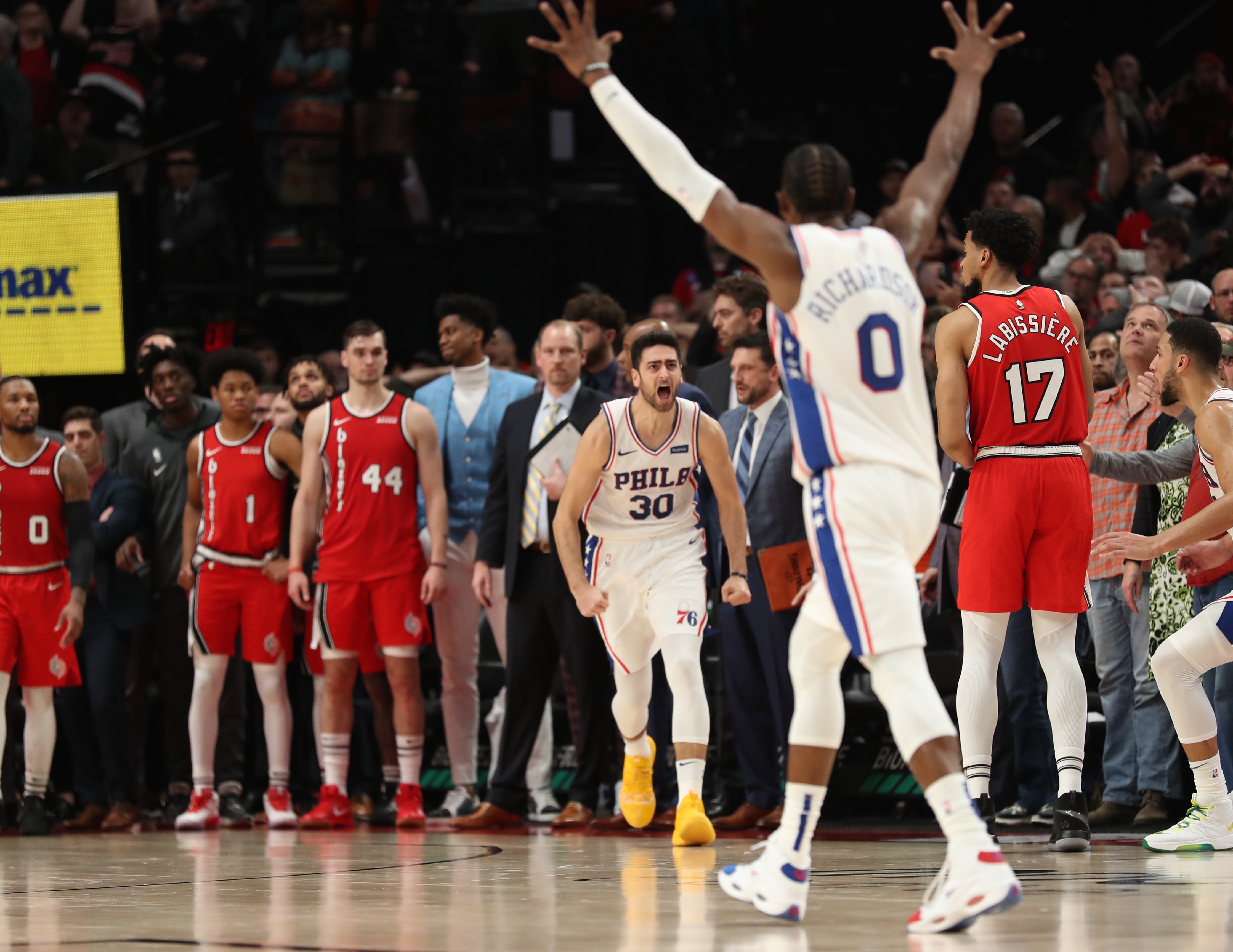 Furkan Korkmaz is carving out his role with Sixers

He hit a go-ahead three-pointer with 0.4 seconds left in the fourth quarter, lifting the Sixers to a one-point victory over the Portland Trail Blazers.

Korkmaz getting the opportunity to take the last shot was an interesting move, especially with his inconsistent play on both sides of the court throughout his young NBA career.

Yes. @FurkanKorkmaz was the hero we all needed last night.

Throughout the first six games of this season, it seems as if the Sixers have a strong belief in Korkmaz’s game, especially with his outside shooting.

“As soon as I saw Furk open — I think he was shocked he was that open — I trusted Furk to make that shot,” Ben Simmons said after Saturday night’s game.

However, Simmons is not the only person in the organization who believes in Korkmaz. Sixers general manager Elton Brand and the rest of the front office do too.

Despite not picking his third-year option along with rumors of Korkmaz wanting to be traded last season. Philadelphia re-signed the 6-foot-7 guard to a two-year deal worth $3.3 million in the offseason.

By the Sixers making this move, it signaled that they saw something in Korkmaz’s game that they liked and felt they could develop.

In his first two seasons in the NBA, Korkmaz’s numbers were not stellar from beyond the arc. As a rookie, he only appeared in 14 games with the Sixers and shot 29 percent from three-point range.

Last season, he received more of an opportunity to play and showed some improvement. In 48 games with the Sixers, Korkmaz shot 32.6-percent from distance and averaged 5.8 points per game.

Even though we are still in the early stages of the season, Korkmaz has improved in many categories. For starter, the former first-round pick is averaging 8.8 points in 19 minutes per game, both career-highs.

Additionally, his three-point percentage is now at 40.7 on 4.5 attempts per game.

Therefore, if Korkmaz gets more minutes and continues to keep knocking down outside shots at a consistent rate. Then he will play an important role in the Sixers’ rotation moving forward.

After last week’s game against the Minnesota Timberwolves, Brown said that he wanted to “grow a bomber” and brought up the idea of Korkmaz being that three-point weapon for the Sixers.

That being said, it appears if Korkmaz is beginning to be that bomber for the Sixers. However, the key going forward for him will be consistency.