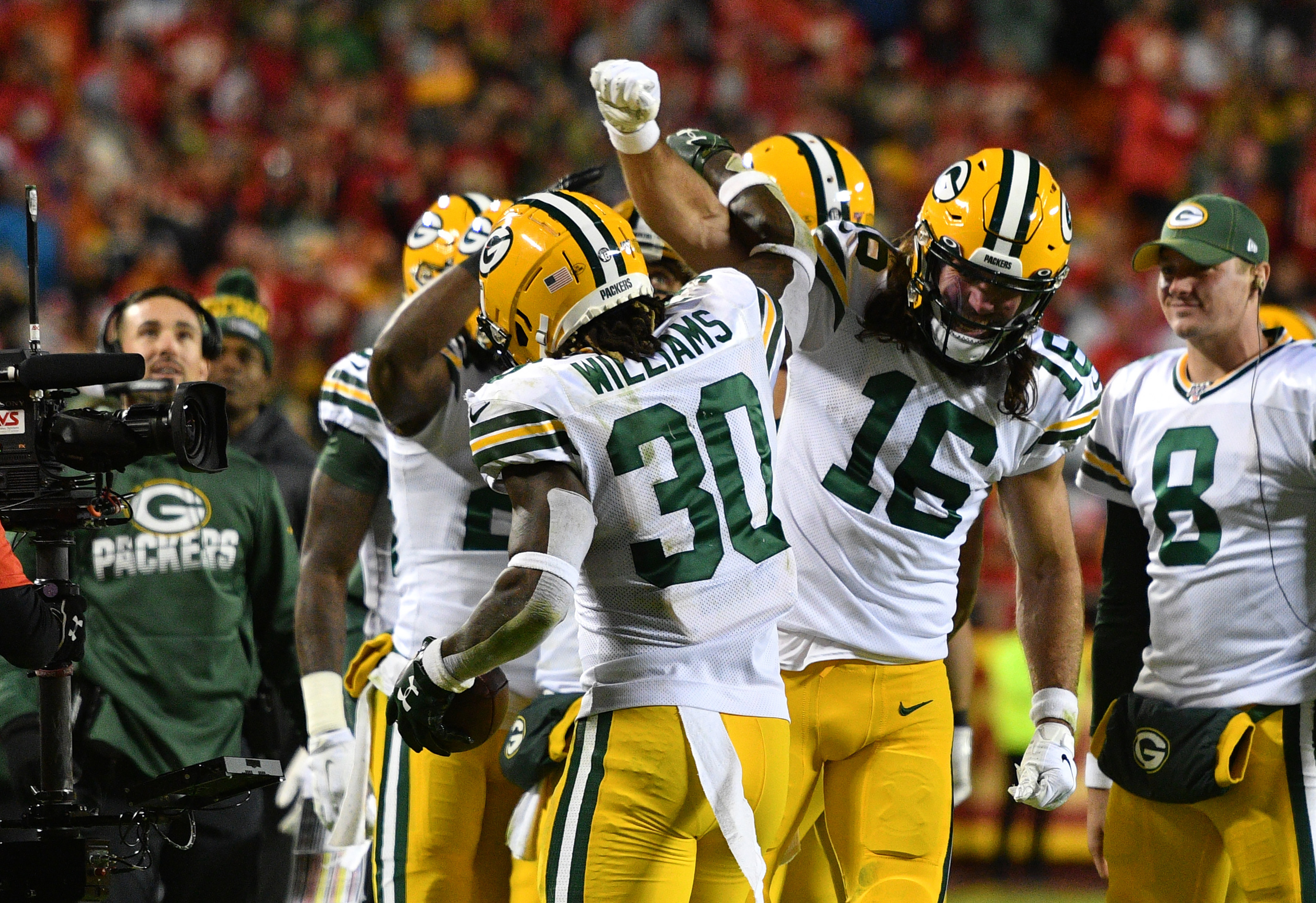 The Green Bay Packers return home to Lambeau Field to host the Carolina Panthers in Week 10. Green Bay enters the game with a 7-2 record and in first place in the NFC North while the Panthers are 5-3 and in second place in the NFC South. The Packers played their worst game of the season last week in a 26-11 loss to the Los Angeles Chargers. The Panthers defeated the Tennessee Titans 30-20 last week to win for the fifth time in their last six games.

The Packers and Panthers have met 14 times during the regular season dating back to 1997 with the Packers holding an 8-6 advantage in the series. The two teams met once in the playoffs, a 30-13 Packers victory in the 1996 NFC Championship Game. Carolina has won the last two games between these teams.

Here is a look at the six key factors that will determine who wins Sunday’s game at Lambeau Field:

This may be the Packers biggest challenge. McCaffrey is a dangerous weapon both running the football and as a receiver out of the backfield. The former Stanford star has elite speed and is the biggest weapon on the Panthers offense by far.

McCaffrey is averaging 5.1-yards per rush and has already gained 881 yards and scored 10 rushing touchdowns on the season. McCaffrey is the Carolina rushing attack. He has carried the ball 165 times this season while no other player on the team has more than 11 attempts. McCaffrey is also second on the Panthers with 42 catches for 363 yards and three touchdowns.

The Packers difficulties in stopping the run and covering running backs out of the backfield are well documented. Defensive coordinator Mike Pettine cannot allow a linebacker to try to cover McCaffrey one-on-one. Even safeties may have trouble keeping up with the speedy back in coverage.

The Packers won’t be able to stop McCaffrey, but they must prevent him from making chunk plays and from controlling the clock. If they can hold the speedy back to one touchdown or less in this game, they have a chance to win.

The Packers run defense may get a boost from Ibraheim Campbell’s return to the lineup, but they need more from Kenny Clark, Tyler Lancaster, Dean Lowry, Blake Martinez and B.J. Goodson if they hope to contain McCaffrey as a runner.

2. Spread the Ball Around on Offense

The good news last week for Green Bay was they got Davante Adams back in the lineup. The bad news was that Aaron Rodgers locked on to Adams and stopped distributing the ball to all his offensive weapons.

The Packers need to use all their potential pass catchers and that includes a heavy dose of Jamaal Williams and Aaron Jones who helped the offense go by catching a lot of passes while Adams was out of the lineup.

Adams should get stronger with each passing week, but the Packers also need to get at least one of their other receivers (Marquez Valdes-Scantling, Allen Lazard, Geronimo Allison or Jake Kumerow) involved in order to keep defenses honest. It would be nice to see the Green Bay tight ends get more targets as well.

Panthers CB James Bradberry is slowed by a groin injury and is listed as questionable. The Pack needs to take advantage of the slowed Bradberry or his replacement.

The Panthers run defense is very vulnerable. Carolina has allowed opposing teams to rush for 133.4-yards per game, a very high number for a team with a winning record.

The Packers abandoned the rushing attack a week ago, handing off to running backs just 10 times all game.

Both Aaron Jones and Jamaal Williams should be able to find holes against the Panthers defense. If the weather is bad, Williams should shine. He has excelled in the past on wet or cold fields. Green Bay’s running game should also help set up play action passes for Rodgers.

One of the reasons the Packers offense stalled last week against the Chargers was the offensive line’s inability to protect the quarterback. Rodgers was sacked only three times, but he was under pressure for most of the game and unable to throw the ball downfield.

The Panthers don’t have one pass rusher as dominant as Joey Bosa and Melvin Ingram of the Chargers, but they have 34 sacks as a team in eight games and 13 different Carolina players have at least a half a sack this season.

Edge rusher Mario Addison leads the Panthers with 6.5 sacks followed by linebacker Brian Burns with 4.5. Carolina will send a lot of different players on blitzes and try to confuse Rodgers and the Packers offensive line.

Tackles Bryan Bulaga and David Bakhtiari must bounce back from poor performances a week ago and give Rodgers enough time to find open receivers.

Pettine’s defense is based on causing confusion for opposing quarterbacks and keeping them guessing about who is rushing, who is dropping back into coverage and what kind of coverage the Packers are playing.

Panthers starter Kyle Allen has only played in eight NFL games. While he has put up good numbers, Pettine will throw a lot of varied looks at the second-year man out of Houston and try to keep him off balance.

Carolina’s offensive line has allowed 26 sacks in eight games so the Packers should be able to get some pressure on Allen. Look for Za’Darius and Preston Smith to line up in several different places on the field on Sunday. Both Smiths should be able to pressure Allen and that could lead to turnovers. Allen has fumbled six times in six games and thrown four interceptions.

The Packers had their worst game of the season on special teams last week. JK Scott had a punt blocked, the team went offsides on a field goal attempt that led directly to a Chargers touchdown and the return teams struggled with penalties as well.

The Packers need to at least play decent special teams and not make any major mistakes. They cannot afford to give up any long punt or kick returns and they need to allow Scott to help flip the field with his punts. This will be the first real cold weather game for the Alabama alum, and he needs to show he can punt effectively on the Frozen Tundra.

In short, the Pack can’t let special teams give the Panthers a boost of momentum on Sunday.

This is a key game for the Packers in many ways. It’s a conference game which could have tie-breaking ramifications come playoff time. The Packers will also have only two home games left after this game and face the unbeaten 49ers next after the bye.

After losing to Philadelphia, the Pack won four straight some of their best football of the season. Rodgers called out his team after the Chargers game, now they need to respond.

The Packers are at home, they are facing a warm-weather team on what is expected to be a cold day (for November) and they have something to prove.

The Panthers are a good football team, but the Packers should be prepared.