Three takeaways from the Islanders' 2-1 win over the Panthers 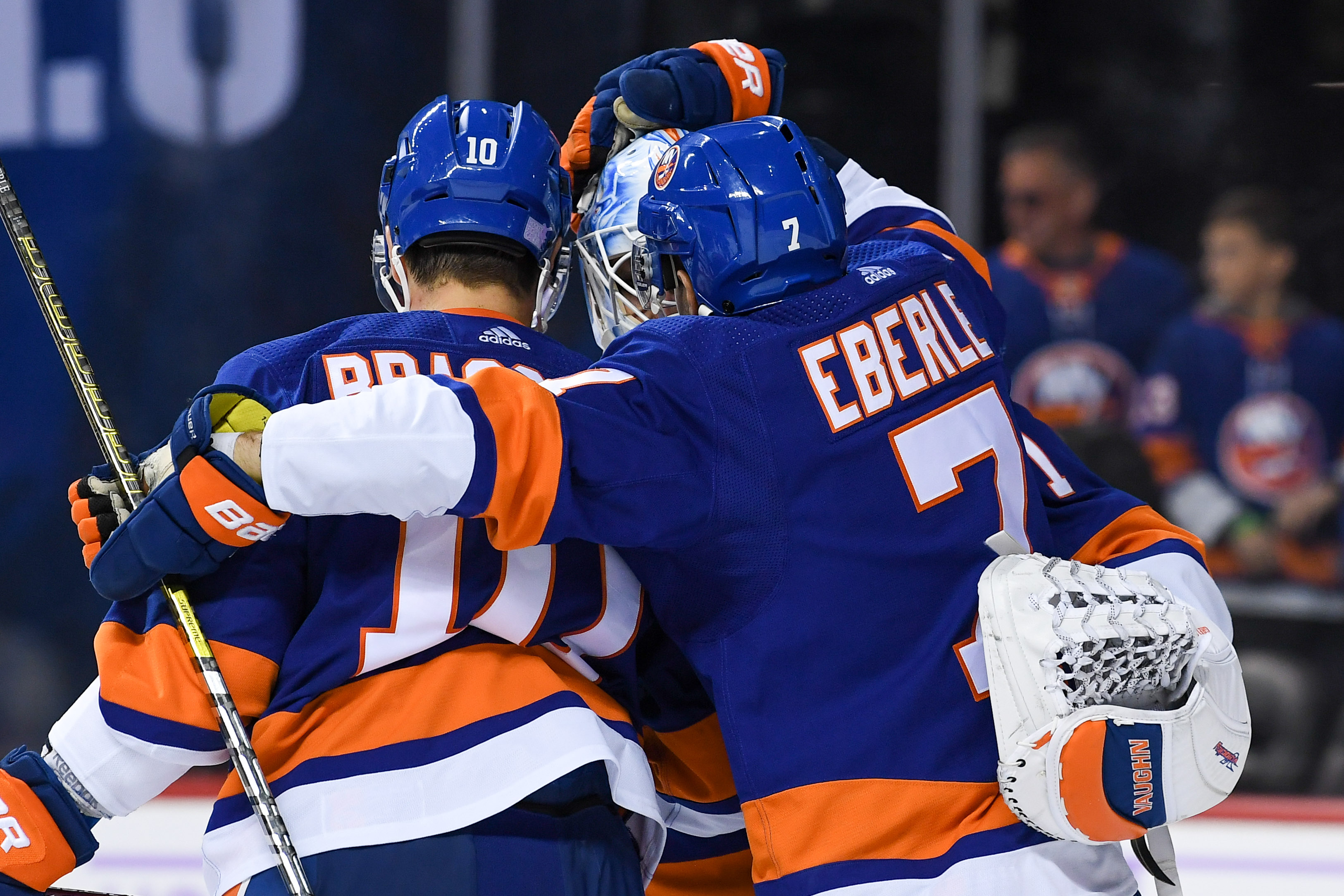 Three takeaways from the Islanders' 2-1 win over the Panthers

NEW YORK — The Islanders got back to their game on Saturday afternoon in a 2-1 win over the Florida Panthers. Mathew Barzal and Scott Mayfield scored for New York, while Thomas Greiss made 37 saves.

There isn’t any other way to put it when talking about the performance Thomas Greiss gave the Islanders on Saturday. The 33-year-old picked up his seventh win of the season and raised his save percentage to .942 with a 1.88 goals-against average.

His save percentage is now the best in the NHL and his goals-against average is second only to Darcy Kemper. The 37 stops against the Panthers were a season-high for Greiss.

“What more can you say? His save percentage and goals-against average has been right up there with the top of the league,” Barzal said about his goaltender. “Had Vezina numbers last year and then again he’s been doing the same thing this year. … Greisser had another great one tonight.”

Greiss had several notable saves against the Panthers, including several during crucial penalty kills for the Islanders. One of the most memorable came in the second period when Greiss made a sliding stop on Alexsander Barkov to deny what looked like a sure goal.

The play of Greiss has been strong enough that it raises the question of whether or not the Islanders eventually put more of the workload on one goaltender over the other.

“I talked to them (Greiss and Semyon Varlamov) a while ago. I just said let’s get through October,” Islanders coach Barry Trotz said when asked about it after the game. “We’ve got points in 12 straight games, so I’m a little bit hesitant to change things. I have two good options. Greisser was outstanding today and Varly was outstanding last game, we just didn’t give him enough support.

“I can close my eyes and reach into a hat and pick their number. I won’t make a bad choice, because they’ve both been a big reason why we’ve had a little bit of a streak here.”

The Islanders bounced back

The Islanders certainly looked a lot better in the third period than they did on Thursday, and even when things didn’t go their way they found a way to bounce back.

The Islanders had an early power-play goal waved off for incidental contact with the goal. They managed to get the goal right back thanks to an impressive effort from Barzal.

When the Panthers even the scored at 6:12 of the third period to even the game at 1 the Islanders answered right back 38 seconds later.

“I liked the way we responded,” Trotz said. “They’re a good team. You’re going to win games in different ways and that’s what we talked about. … Our response after the goal that told me a lot about this group.”

"Our response after the goal…that told me a lot about this group.” -Barry Trotz #Isles pic.twitter.com/bJ9n56KCun

The Islanders responded not just to the goal Florida scored, but to the rough loss they suffered on Thursday night to the Penguins. New York gave a much better performance in the third period — with a little help from a waved off goal — and held the Panthers at bay.

“We were really resilient tonight,” said Adam Pelech, who made several impressive defensive plays throughout the afternoon. “We got some big plays from everybody. It was great to see and Griesser was outstanding. He did a good job keeping us in the game there.”

Casey Cizikas didn’t finish the game on Saturday, but Trotz didn’t appear to be too concerned for his bottom-six forward.

Cizikas blocked a shot late in the first period and wasn’t on the ice for the rest of it. He returned in the second period, but did not come out with the team at the start of the third.

“I think he’ll be OK just needs a day or so I think,” Trotz said. “That’s the first indication that I got from our crack staff in the training room.”

Cizikas had missed five games with a lower-body injury in October and rejoined the Islanders’ lineup on Oct. 24 when they faced the Arizona Coyotes. The Islanders are not back in action until Wednesday, when they host the Toronto Maple Leafs.