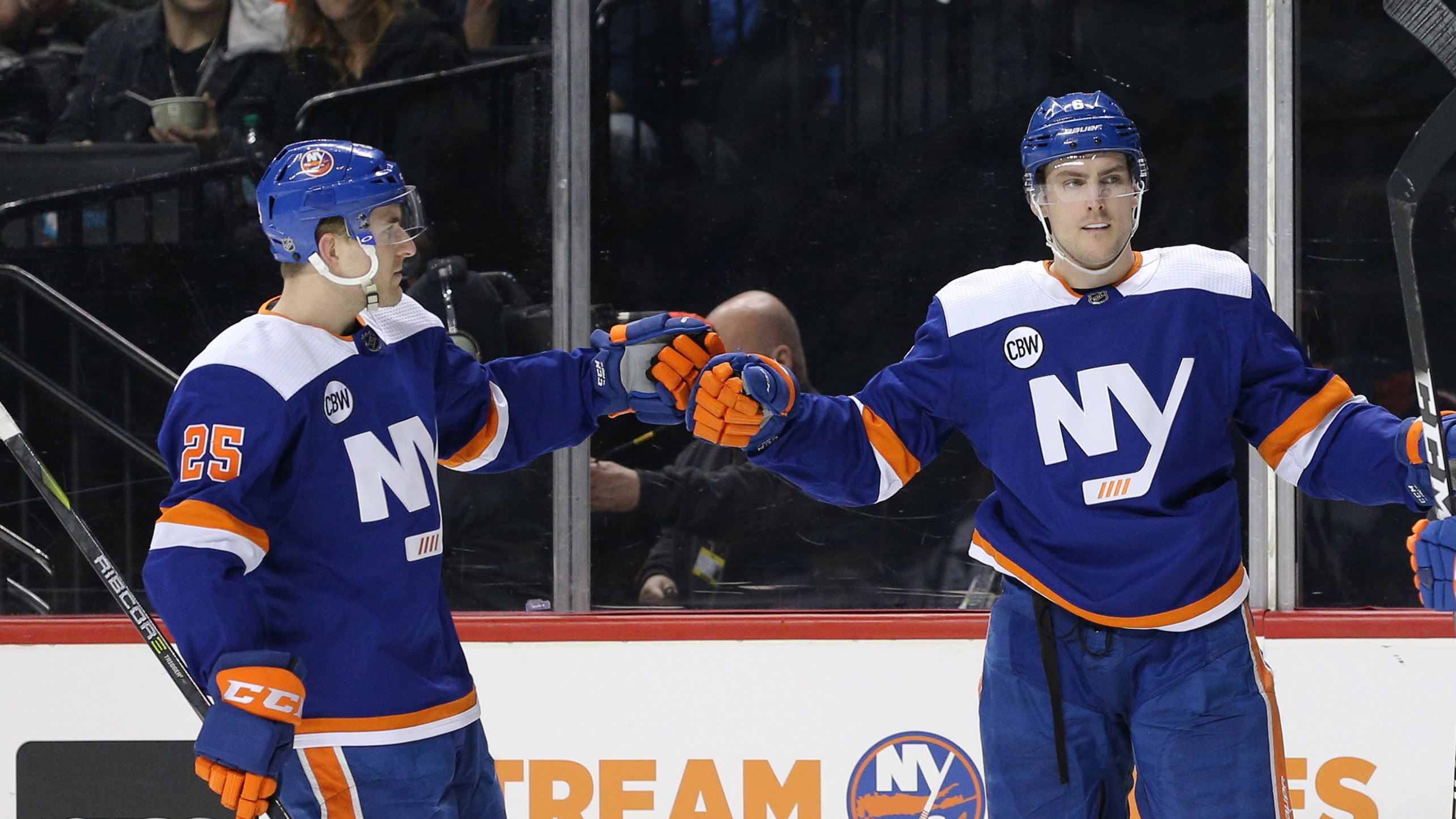 The New York Islanders see themselves riding a 12-game point streak, as they try to chase down the red hot Washington Capitals, who lead the Metropolitan Division by five points. The success on the backend has been a primary reason for the early success, as is evident by the way the Islanders have been able to win games.

On this point streak, the ability to win one goal and two-goal games has showcased that the defensive structure of last year is still very much intact. Two players have been able to transform over the last year, from new, inexperienced National Hockey League players to trustworthy top-four defensemen. These two players are a pair of 25-year-olds in Ryan Pulock and Devon Toews.

Coming into the league four years ago, Pulock was known to be a strong two-way defenseman, with a fierce slap shot. Over his short career, we have seen his offensive output increase year after year, as he has become one of the top players on the Islanders’ blue line. Setting career highs in points (37) and most importantly games played (82) last season, he has become a reliable weapon for head coach Barry Trotz.

His play in his own zone is sometimes masked by his offensive output. He quietly went from a minus-4 in the 2017-18 campaign to a plus-21 last year. Pulock displayed his quick, intelligent decision making and effective positioning during the 2018-19 season.

Pulock was no doubt a key factor in the Islanders’ ability to keep the puck out of the net last year, which made life for the netminders much easier while allowing the fewest goals in the NHL.

In 16 games this season, Pulock has contributed two goals and three assists, while also accumulating a plus-3 rating.  He is averaging 21:30 of ice time per game and has earned top pair minutes with another player on the rise in Adam Pelech. Pulock is second on the team to his defensive partner with 34 blocked shots, as his ability to read plays and give up the body are crucial in limiting opponent’s opportunities.

Toews has had success in his career when it comes to winning streaks with the New York Islanders. Following his call up last season on Dec. 23, the Islanders were able to win their next five games.

And Toews would come up huge in a game on Jan. 3 against the Chicago Blackhawks in game five of the win streak. After playing strong in that one, he was rewarded with an extra shift in overtime. He was able to make the most of the extra time, scoring the game-winning tally for his first NHL goal.

Did we mention it was the game winner in OT for the Islanders? 👏pic.twitter.com/ODGkcCOz5U

He continued his contributions, putting up another four goals and 13 assists in 48 games.

Just like Pulock, his responsibility in the defensive zone was shown ended the season with a plus-3 rating. Something that is overlooked is Toews’s skating ability with and without the puck.

The British-Columbian native got the Islanders going this year tallying the team’s first goal of the season.

On the year, Toews has two goals and eight assists, with a plus-2 rating. Early on he continued his big game moments scoring another overtime winner against the St. Louis Blues on Oct. 14.

Devon Toews wins it in Overtime for the New York Islanders!!! #NotABigDeeaaalll pic.twitter.com/9oMFb8lASD

Blocking shots and being physical is not something that we saw too much in the young defenseman last season, but it has come to the forefront early on in this one. Last year through 48 games, Toews blocked 30 shots and recorded 24 hits. In 32 games fewer, Toews already has blocked 21 shots, meaning that he is learning and reacting much better than from a year prior.

With already 10 hits recorded, he is sure to break his career-high, as he adds that component to his arsenal.

With the shift in the NHL from defensive defenseman to a variety of different types of offensive defenseman, these two players are great representations of what is needed to be successful in today’s NHL.  With both players being on the younger side, seeing them elevate their play is a confident booster for this season, but also the future of this organization.

Are they the main reason for the point streak the Islanders are on right now? No, but they are contributing pieces that fit perfectly into the kind of successful scheme that Barry Trotz wants to see.