An early evaluation of Klim Kostin with the St. Louis Blues 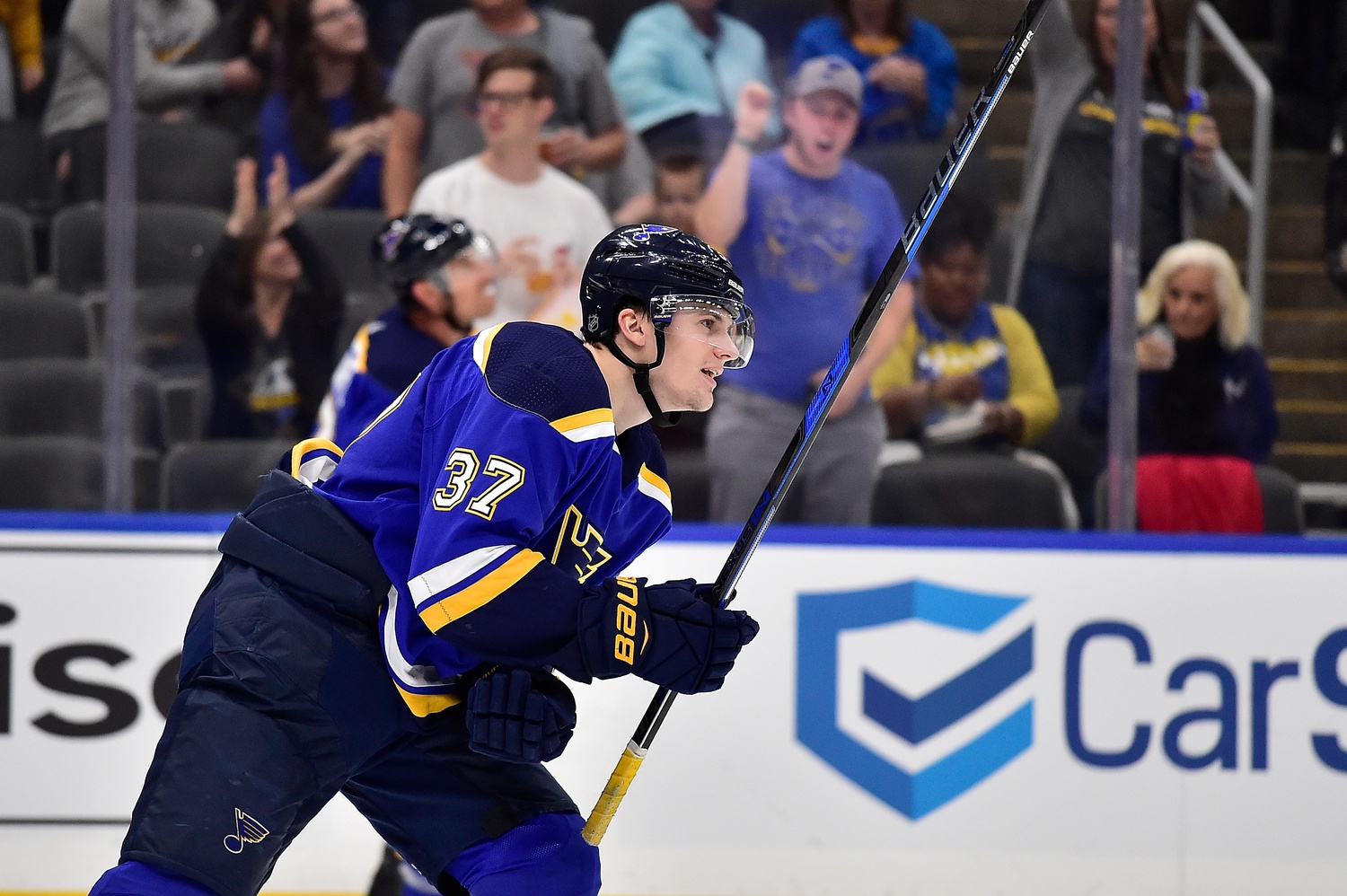 An early evaluation of Klim Kostin with the St. Louis Blues

The St. Louis Blues have sent Klim Kostin back down to the AHL after four games at the NHL level. With Troy Brouwer finally cleared to play, the Blues were able to send the young Kostin back down where he’ll be able to skate in a more prominent role.

What did the Blues – and their fans – learn from Kostin’s four-game debut?

For starters, it’s clear the 20-year-old Kostin has an amazing attitude and is incredibly humble. His interviews were loaded with team-first comments and notes of appreciation for the opportunity. If you weren’t a fan of his yet, you probably became one after seeing how thankful he was to be called up.

Things were a bit more complicated out on the ice.

Kostin’s first crack at the NHL ended with one goal, five shots and a +1 plus/minus in four games. He didn’t set the world on fire, but he also didn’t look like a pushover. His role was understandably small as the Blues tried to work him into the mix. Averaging eight and a half minutes per game, Kostin’s first taste of the NHL was mostly a cameo.

What we did learn during that cameo is that Kostin is already good enough to hold his own in the NHL without looking completely overwhelmed. But, at times he did look like he was a step or two behind the pace of play. His decisions with the puck needed to be a bit quicker. That’s a fairly common criticism when a young player makes his NHL debut. He needs to react quicker and make more instinctive decisions to have a larger impact on the game.

As sad as it is to say, Kostin may need more time down in the AHL. That’s not to say he was bad during his debut, but it is clear he isn’t quite ready to become a full-time NHL skater. He may need more time in a top-line role in the AHL to further round out his game before he’s ready to make the permanent NHL leap. The speed of the NHL almost always takes young prospects by surprise. Here, Kostin wasn’t particularly bad but demonstrated he’s still rough around the ages. Additional development time wouldn’t hurt.

Rest assured, that big leap is coming even though it’s difficult to forecast a specific timeline. The Blues can take their time with Kostin and avoid rushing him into the lineup before he’s ready. That’s a nice luxury to have even with the rash of injuries and the huge temptation to inject young talent into the mix.

This isn’t the last time we’ve seen Kostin. Hopefully his next NHL appearance will center around a more positive scenario (not injuries) and he’ll cement himself into the Blues roster.