The Ups and Downs of the Timberwolves' Pace of Play 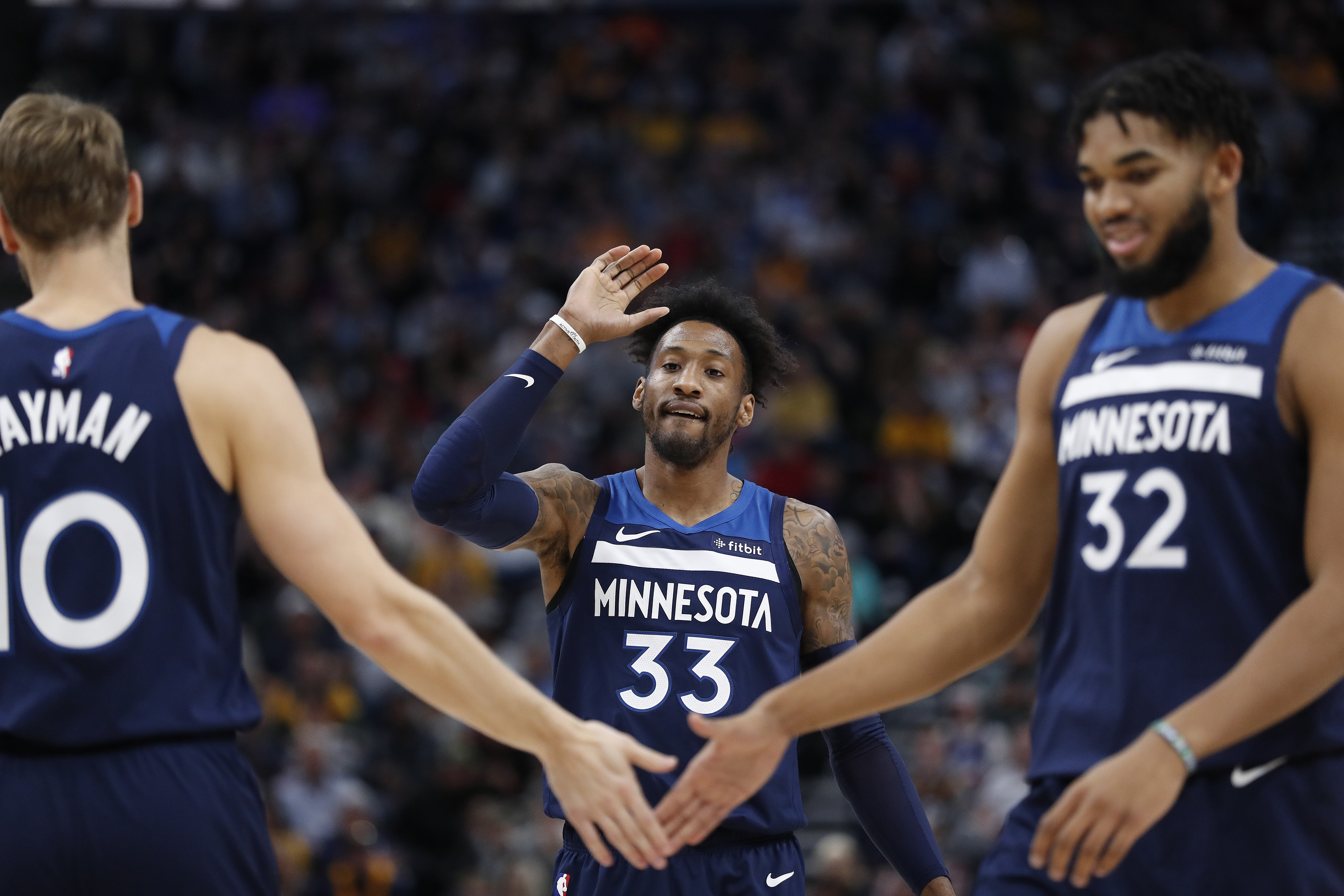 The Ups and Downs of the Timberwolves' Pace of Play

Everyone knew what was happening when the Minnesota Timberwolves hired Gersson Rosas and kept Ryan Saunders as their coach over the summer. The Wolves were ushering in the modern-era of the NBA into Minnesota, something that had been missing while Tom Thibodeau was living in the 1980’s. Now 17 games into the 2019/20 NBA season, the Wolves rank third in the NBA in pace of play, only trailing the Milwaukee Bucks and Houston Rockets. However, with the way Minnesota’s roster is currently constructed, the change to a faster style of play has gone through its bumps and bruises in the early going.

This is an obvious one. Karl-Anthony Towns is having a career year, and he’s flying under the radar in the eyes of the national media. Towns is shooting 44.4% from three this season, on 9 attempts per game. There has only been one player in NBA history to make over 3.5 threes per game, while shooting at least 43% on those three-point tries. His name is Steph Curry, ever heard of him? Yeah, only the potential greatest shooter of all-time. That’s not bad company for a seven-footer.

Along with his shooting, the Wolves’ pace of play has allowed Towns to more easily dictate the offense, including bringing the ball up the court on occasion. It’s clear that Towns’ handle has improved this season, and that improved handle has brought along better playmaking. KAT is currently averaging 3.9 APG, a career-best. The most important aspect of the Timberwolves offseason was empowering Towns and making it clear that the team runs through him, and the team does that best when they are playing fast.

To the surprise of some fans, the Timberwolves currently sit at 9-8 on the season, good for 7th in the loaded Western Conference. Coming into the season, most people didn’t expect the Wolves to make the playoffs, but with the injury bug hitting Golden State and Portland/San Antonio not playing up to their potential, Minnesota is in the thick of things as Thanksgiving draws upon us. A big reason the Wolves have been successful in the early going has been their pace of play. In fact, there is a clear connection to their pace of play and the outcome of the game. When playing with a greater than 102 pace of play this year, Minnesota has an 8-4 record, compared to a 1-4 record when playing slower than a 102 pace of play. Oddly enough, six of Minnesota’s seven slowest pace of play games this season have happened at home, which has contributed to their dismal 3-6 home record.

This is an area that has become a serious issue for the Wolves. As a team, they are shooting just 74.4% from the free-throw line, 23rd in the NBA. How could this happen after shooting 78.7% from the line last year, 10th in the NBA? There’s been rumblings that the faster style of play this year could be tiring guys out, causing them to lose focus on their free-throws attempts. However, that doesn’t seem to be the case for the rest of the NBA. Of the ten teams that are top-10 in pace of play, just three of the teams (Minnesota, Milwaukee, and Chicago) are bottom-10 in free-throw percentage.

So, we can probably put that idea to rest. Instead, the real problem has been the efficiency of some of the newcomers from the charity stripe. Jarrett Culver is shooting 42.1% from the line and Jake Layman is connecting on just 60% of his attempts. Take those two guys out of the equation and, all of a sudden, Minnesota would be shooting 77.8% from the line, which would be in the top half of the NBA.

Inefficient Shots Early in the Clock

While playing with pace has been generally effective for the Wolves this season, one thing that has been maddening has been the long-range bombs early in the shot clock. The two shots below are exactly what I’m talking about. In the first shot, Covington is heavily contested just 4-5 seconds into the shot clock. In the second shot, Towns is rushed into an uneven shot just 2-3 seconds into the shot clock. Ryan Saunders is preaching pace and getting up threes, but these types of shots are certainly not what he wants and cutting down on these attempts would maximize the efficiency of Minnesota’s possessions.

Perhaps the most interesting topic during Timberwolves Training Camp was how the Wolves would manage to play at a high pace and shoot a ton of threes with the shooters they have on their roster. The team is attempting 39.5 threes per game, tied for third in the NBA. However, they are connecting on just 31.7% of those tries, 28th in the NBA. If we take Towns out of the equation, Minnesota’s three-point percentage drops to 28.5%, which would be at the bottom of the league by 3%.

The system will become much more efficient when Rosas and company surround Towns with more efficient shooters on the outside. But, this year is all about laying a foundation for years to come, so sticking to the system is important, no matter how ugly it may look at times. Just think, the Wolves are only attempting 7.8 shots per game from mid-range this season. The Spurs are attempting 25.4 shots per game from mid-range. It can always be worse, unless you’re Treveon Graham attempting a three, then it can’t get much worse.