Can Mike Miller be full-time head coach of the New York Knicks? 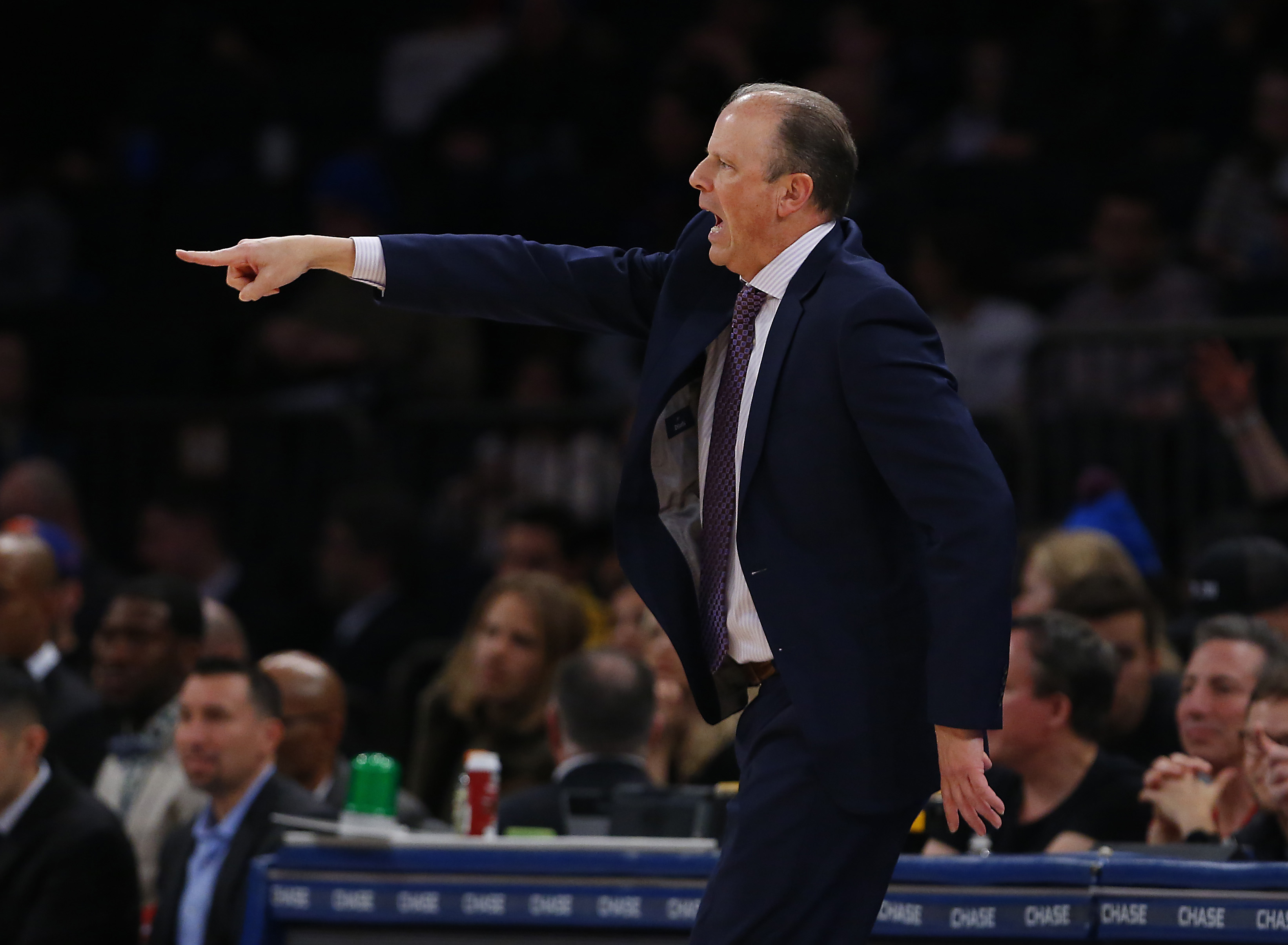 Can Mike Miller be full-time head coach of the New York Knicks?

Mike Miller of Monmouth, IL was named the interim head coach of the New York Knicks on Saturday. In his opening game as the Knicks head coach on Saturday night at Madison Square Garden, New York, the Knicks were in it until the very end before losing 104-103 to the Indiana Pacers.

With one tenth of a second remaining, Julius Randle of Dallas, TX missed a key free throw that would have tied the game. It was a solid performance overall by Randle, as he had a double double (16 points and 12 rebounds), but was unable to come up with the key shot from the charity stripe when it mattered most. Marcus Morris of Philadelphia, PA led the Knicks with 25 points.

Miller must also have liked the fact that three other Knicks players reached double digits in scoring. Mitchell Robinson of Chalmette, LA had 14 points and Damyean Dotson of Houston, TX had 10 points while coming off the bench, while RJ Barrett of Toronto, Ontario had 12 points.

Miller was also able to keep the game close, something his predecessor Dave Fizdale was unable to accomplish in the last week. The one point loss to the Pacers came after the Knicks were soundly beaten 132-88 to the Milwaukee Bucks on Monday and 129-92 to the Denver Nuggets on Thursday.

Still, the Knicks lost by a single point. The Pacers were led by T.J. Warren of Durham, NC, who knocked down 25 points. Domantas Sabonis of Portland, OR had a double double with 19 points and 15 rebounds.

It is interesting that the Knicks have actually put the interim tag on Miller, who has minimum experience coaching at the NBA level. He was even in his first year as a NBA assistant coach in 2019-20.

The bottom line is the Knicks need to start winning for Miller to be considered as the Knicks full-time head coach. Even that may not be enough. He simply does not have the experience required to be the full-time permanent coach in one of the NBA’s largest markets.

The Knicks dropped to a NBA worst record of four wins and 19 losses with the loss. The Pacers meanwhile improved to a record of 15 wins and eight losses.