Beauvillier heroics another sign of growth in Isles forward's game 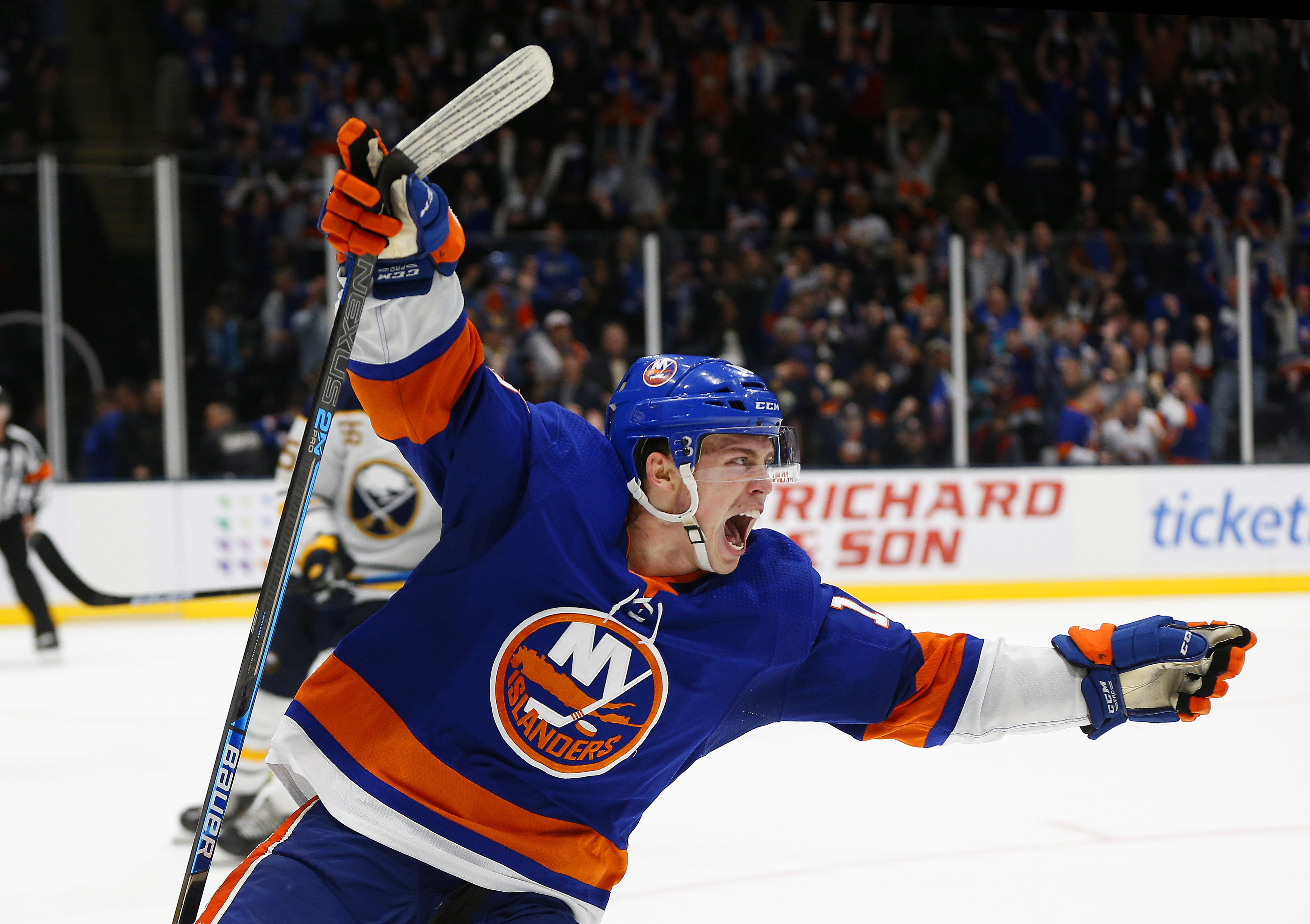 Beauvillier heroics another sign of growth in Isles forward's game

UNIONDALE, N.Y. — On an afternoon the Islanders were paying homage to the Star Wars movie franchise, it was Anthony Beauvillier doing his best Han Solo impression.

Similar to the famed movie character — who saved the rebellion’s attack on the Death Star — Beauvillier salvaged a win for the Islanders with a three-point night, which included the game-winner in overtime. It was a breakaway with just under two minutes left in the extra period that set up the 22-year-old for his 10th goal of the season and gave the Islanders a 3-2 win over the Buffalo Sabres.

It was the completion of a productive afternoon for Beauvillier, who had helpers on both of the Islanders’ previous two goals before his OT heroics, and a reminder of the impact player he has become.

“He’s playing confident. Obviously, his speed is one of his biggest assets,” Brock Nelson said about Beauvillier. He’s good in tight spaces. He can make you pay. He doesn’t need much space and when he gets his chances he’s been burying them this year. Obviously added to that confidence, he’s just going out there and playing.”

It was in the first period that Beauvillier flashed some of that skill that Nelson had been talking about. Sabres’ netminder Linus Ullmark tried to play the puck, but had his pass picked off by Beauvillier.

The aggressive move allowed Beauvillier to quickly find Michael Dal Colle in the slot for the Islanders’ opening goal.

The second line winger was named the first star of the game on Saturday for his multi-point effort. It was the seventh time that Beauvillier has had two or more points in a single game this year.

“I’m still the same player. I have the same speed, same ability to make plays and same shot,” Beauvillier said about his success. “In my head I think I’m more confident. I know I can make plays. I know I can be a factor in this game. It’s huge coming into every game.”

"In my head I'm more confident. I know I can make plays and be a factor in this game." – Anthony Beauvillier pic.twitter.com/iW50ElGVaU

That has become evident, but that wasn’t always the case.

There was a stretch last season where Beauvillier struggled to make an impact. In his first 16 games of the year, he registered just a single point.

However, instead of Islanders coach Barry Trotz pulling the young forward out of the lineup or considering sending him to the AHL Trotz let him work through it. Beauvillier ended the year with 18 goals and 28 points, and added another pair of points in the playoffs.

“I let him try to work through it as a young player,” Trotz said. “I think he did and he had a real productive year after that. And because of that experience, he’s learning there’s going to be a game when you’re not feeling it. You can help in so many other ways and he’s done that. He doesn’t let himself get in his own way.

“Young players I think they put so much on production that all the other stuff goes to the back burner. … I think he’s figured that out. I think he’s been surrounded by good players and good pros.”

What made Saturday’s late-game heroics more impressive was the fact that Beauvillier was visibly gassed when he scored the OT goal. The 22-year-old looked as though he had used his last bit of energy trying to race back into the play after an attempted hit on Jack Eichel went south.

He drew his last bit of strength after Nelson read a pass perfectly to spring Beauvillier.

“I was out of breath,” Beauvillier said. “The guys were just kind of putting their gloves in my face at the end. I just couldn’t do it. I thought I was going to pass out. … I guess I found an extra layer of legs there at the end.”