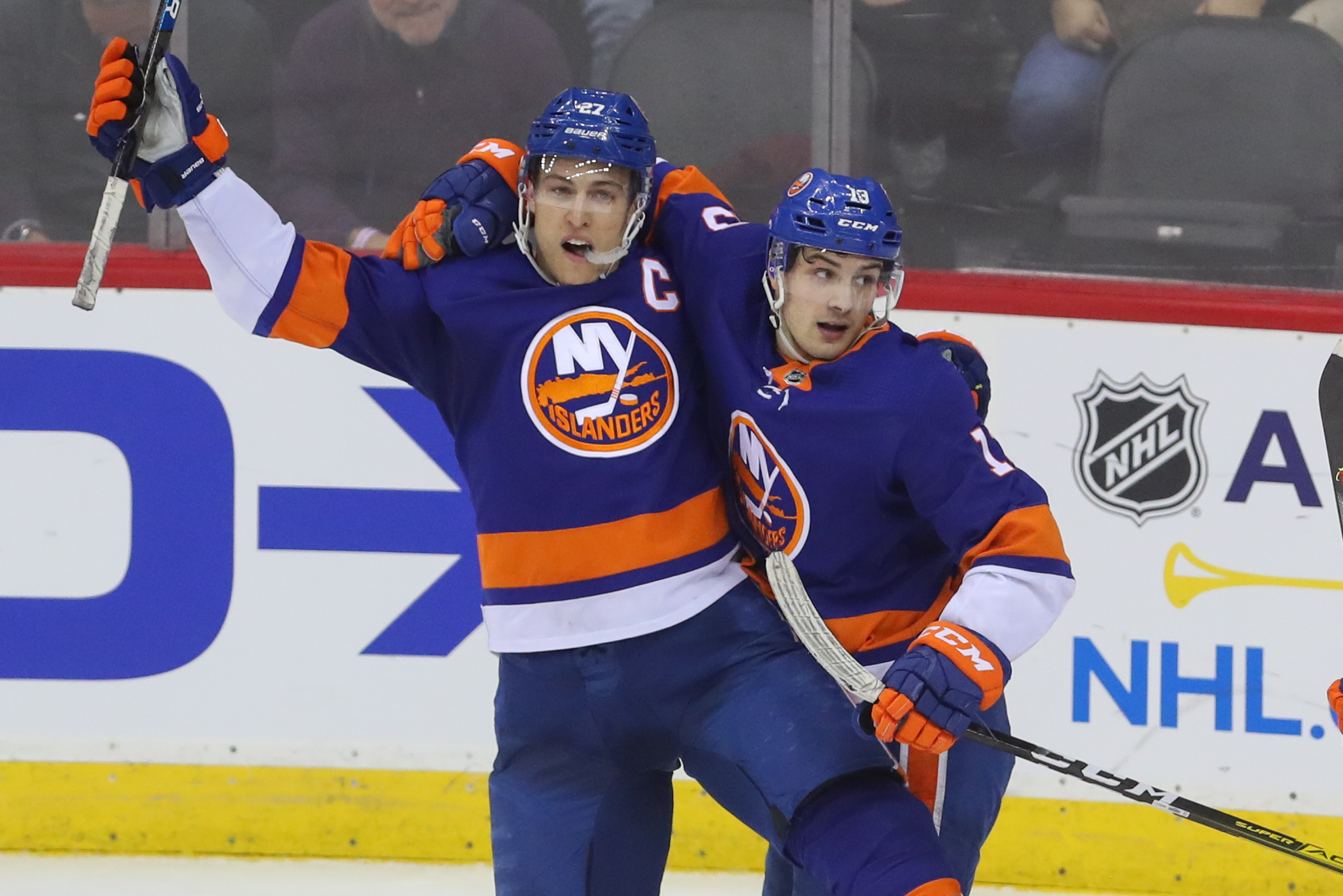 NEWARK, N.J. — On Monday Anders Lee was hoping that his lone third-period goal would help kickstart the Islanders’ offense. On Tuesday against New Jersey that appeared to be the case.

After scoring just two goals through their last three games, the Islanders found the back of the net four times in a 4-3 overtime win over the Devils at the Prudential Center. It was the first time since their Dec. 31 win over the Washington Capitals that the Islanders had scored four or more goals in a game and the third time in their last 10 games.

Scoring had come at a premium for the Islanders with the team putting up just 13 goals over their last seven games.

“We all just needed a bounce,” said Anders Lee, who won the game with a goal 4:09 into overtime. “We got a couple tonight. Casey (Cizikas) leading us off that was great. It just kind of takes the pressure off of a little bit. Now we can go out and play. Play with a lead and just continue with the game rather than putting one on the board.”

Nothing like a nice OT win in Jersey ☺️ @DevilsMSGN pic.twitter.com/v59tHCvQIx

Three of the Islanders’ four lines helped put points on the board in Tuesday’s win over New Jersey. Cizikas’ goal 3:38 into the game gave the Islanders a brief 1-0.

Jordan Eberle scored his first goal since Dec. 14 against Buffalo to put the Islanders back in the lead at 10:17 of the first after P.K. Subban had tied the game at one minutes earlier. Tom Kuhnhackl forced the game to overtime with a goal at 14:14 of the third period and the Islanders trailing 3-2.

Lee, fittingly, capped off the comeback with his second consecutive game-winning goal in the extra period.

“I think last night’s game took a pretty good piece out of us. It was a real hard game and then today these guys were playing really well,” Islanders head coach Barry Trotz said. “I thought we hung in there. … We stayed resilient and got it tied up and overtime was just crazy, We’ll take the two points, It was well needed.”

The Islanders bench boss was not wrong when he said the team needed the points. While New York sits in second in the Metropolitan Divison and fourth overall in the league, they have plenty of teams nipping at their heels.

"They get it tied up and go ahead and you think you can see what your resiliency level is and we stayed resilient and got it tied up. Overtime was crazy. We’ll take the two points. It was well-needed." – Barry Trotz pic.twitter.com/nfg4nKsquL

The Pittsburgh Penguins also have 57 points in the standings, but the Islanders have a game in hand. Carolina isn’t too far behind with 52 points and the Islanders are eight points back of the first-place Washington Capitals.

“It was an important back to back for us,” Lee said. “We have a few days in between games now and we just needed to take care business here tonight. It’s a tough building to come in and play in, especially on a back to back.”