Stephen A. Smith: Kawhi Leonard said LeBron James was scared to guard him 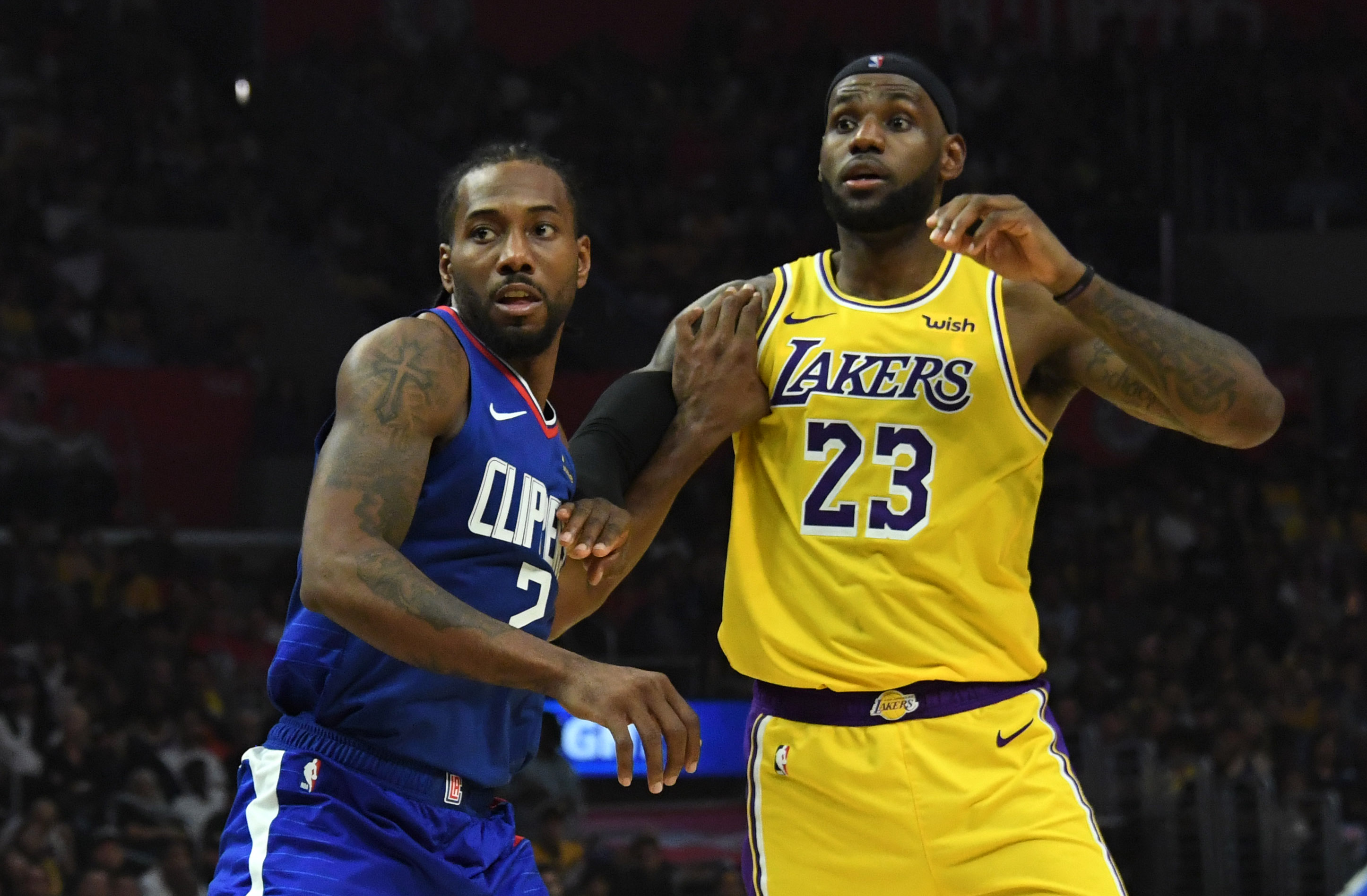 Stephen A. Smith: Kawhi Leonard said LeBron James was scared to guard him

As if the rivalry between the Lakers and Clippers wasn’t heated enough, some trash talk by one of the star players on the Clippers is sure to add some fuel to the fire the next time the two Los Angeles teams play.

Stephen A. Smith revealed on ESPN’s First Take Wednesday that Kawhi Leonard allegedly talked trash about LeBron James, claiming that the Lakers star forward was too scared to guard him during a matchup between the two this season.

A source told @stephenasmith that Kawhi said "someone tell LeBron stop being scared to guard me!" pic.twitter.com/Aa1EELqZ8W

“I was told by a very reliable source that Kawhi Leonard sat up there and said, ‘Somebody tell LeBron to stop being scared to guard me,” Smith said. “That’s what they said — that Kawhi is walking around feeling (that way).”

Leonard has dominated both matchups against the Lakers this season. He scored 30 points in the opener on Oct. 22, and he followed that up with a 35-point performance on Christmas Day. Both games went the Clippers’ way, but the Lakers are currently atop the Western Conference standings with a better overall record.

It’s hard to believe that Leonard, who is known for being usually quiet and reserved, would call out James like that, but trash talk is part of the game. We’ll see if this adds anything to the next meeting between the two on Jan. 28, that is if Leonard plays, and he’s not sitting out for load management.