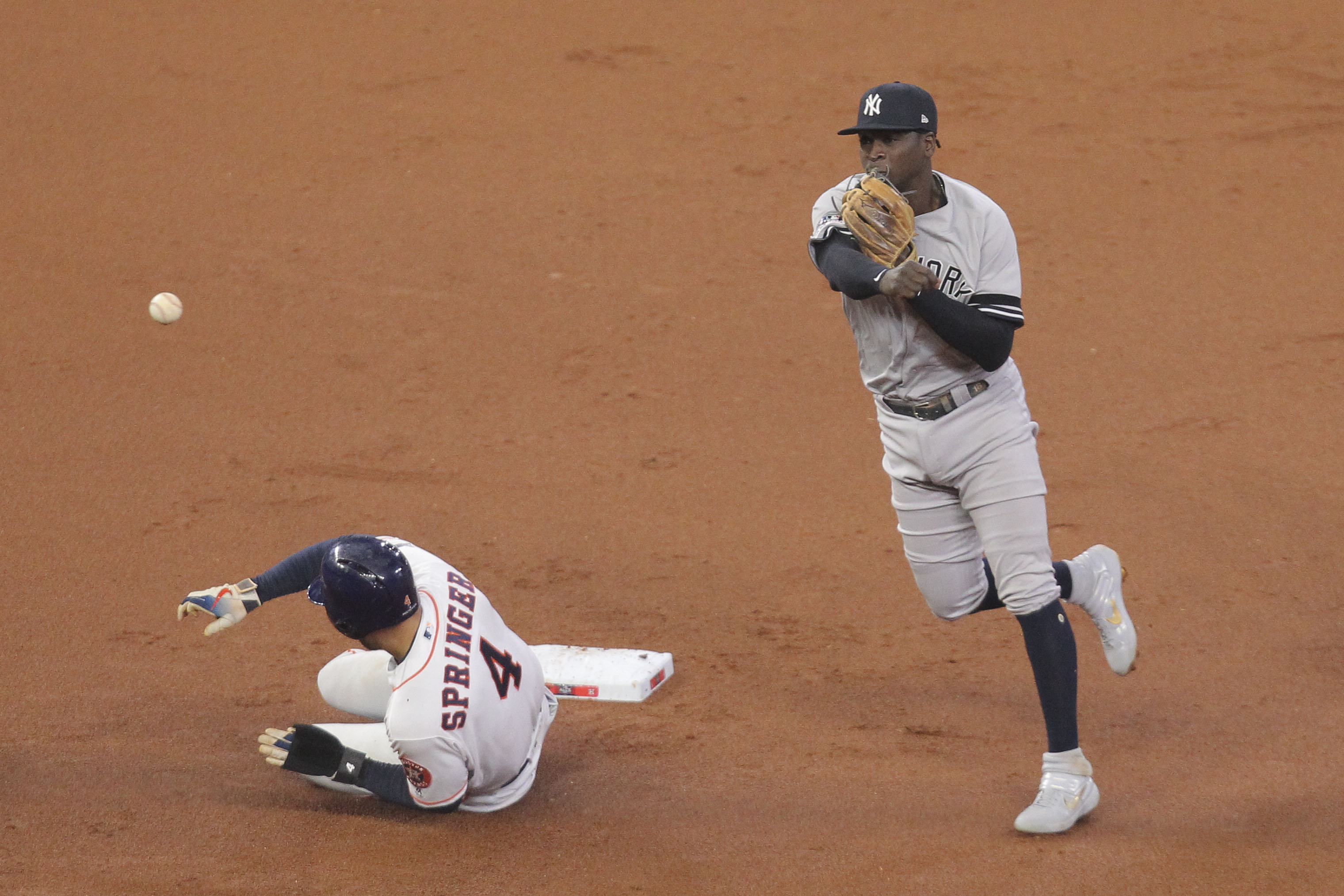 The advancement and improvement of advanced individual defensive metrics in the sport of baseball is constantly progressing in the world of sabermetrics. With all the variables involved with each play and with the small sample of 50/50 plays, infield defensive ability is particularly hard to measure relative to other aspects of the game. All the main metrics that attempt to cover an infielder’s defensive ability (DRS, UZR, etc.) are still being tinkered with and tend to disagree with each other and the “eye test” at times.

To open up the new year, Statcast released a new project to try and help continue the path to a more accurate measurement of infield defense. While Outs Above Average was already a metric for outfielders, there is now Infield OAA listed on baseballsavant.com. One key difference with OAA compared to past defensive metrics is that OAA takes into account the starting position of an infielder. That seems like an obvious note now that there are 5 seasons worth of positioning data with Statcast, while previously defensive metrics either ignored shifted plays or gave any positioning credit to the fielder involved, while in the reality the coaching staff has more impact. The infield OAA model as a whole is based on an intercept model, taking both into account the Opportunity Space (from distance from where the ball is hit and the time it takes the ball to get there) and how much time the infielder has to get the ball to first base. The rest of the details can be read here.

Regarding the Phillies, the leaderboards for the 2019 season brought some interesting information. Rhys Hoskins graded out at 4 outs above average in his first full season as a first baseman. Scott Kingery showed improvement from 2018 to 2019 at third base, shortstop, and second base and graded out as about average at each. Most notable, however, is new shortstop Didi Gregorius.

In 2019, Gregorius ranked 4th worst in infield OAA among qualifiers. While other defensive metrics did not rank the Yankees shortstop well (-6 DRS and 0.2 UZR), neither is quite as extreme as his OAA. Each statistic rates Gregorius as worse defensively in 2019 compared to years prior, which is to be expected given that he was recovering from elbow surgery. One question that the Phillies will have to find the answer to quickly is whether or not Gregorius has now fully recovered, or whether that step back will become permanent.

Luckily, Infield OAA can be broken down by month to see if Gregorius did worse in earlier months than later months. In June, his first month back from injury, his success rate was 14% lower than the average expected success rate. In July, that became 7% behind. In August, it was 10% behind. In September, Gregorius was exactly at the estimated mark for an average defender. While one month is not enough time to tell us that Gregorius will be an average defender going into 2020, this upwards trend hints that some of his struggles are just a result of slow recovery from injury and that his defense should not be as much as a negative with the Phillies as it was with the Yankees.

The release of infield OAA still poses the question of how good of a defender Gregorius is anyways, even if he stays healthy for all of next season. In 2017, Gregorius had -3 OAA. In 2018, it was -7. He had a total of -1 DRS over those two seasons, and his UZR was over 3.9 in both seasons. Not many players have these metrics disagree as much as Gregorius. Some of the factors that the new Statcast measurement takes into account that UZR does not are plays with extreme shifts, the speed of the ball hit, and the speed of the runner. Those things all do matter, so while UZR is “stickier” from year to year, infield OAA may be a better representation of how much Gregorius can contribute on defense.

Another area that this new data can address is the decision to move Jean Segura to 2nd base in favor of Gregorius. At the time of the signing, there was no question that Segura would move to 2nd base in favor of Gregorius. This was because Segura has experience on the right side of the field, and Gregorius just would not have been signed to that contract if he was not going to play a top-tier defensive position. Segura’s 2019 was not exactly favored by Infield OAA, as he was measured at -4 OAA.

Maybe neither is just the better defensive player. If they are about on the same level, however, the player who is a better fit for the left side should stick at shortstop and the player who is better on the right should play second. Didi’s recent arm injury gives question to whether or not his arm will hold up at shortstop. Additionally, based on his starting position, Gregorius has had better success when shaded towards the middle or on the right side of second base in each of the past three seasons. Segura, on the other hand, had more success when shaded to the right in 2019, but was actually above average from the typical starting shortstop position and further left in both 2017 and 2018.

Based on only this most recent season, Segura and Gregorius have similar defensive profiles and both might benefit more from playing second. But, given Gregorius’ recent arm injury, and given Segura’s past success on plays deep in the hole in comparison to Gregorius’ lack of success, the Phillies may benefit more from actually playing Gregorius at 2nd base and keeping Segura at short. That could even benefit them from a consistency standpoint, as Segura is still under contract for three years while Gregorius only one.

This isn’t exactly a bold idea. Front office members of the Blue Jays have been open about how they attempted to sign Gregorius and shift him to second base. Segura hasn’t been horrible at shortstop either. Ultimately though, this signing does not happen if that was under consideration. Gregorius will continue to play shortstop and Segura will move to second base. Either way, the introduction of more detailed and more accurate infielder defensive metrics to the public can allow fans to judge these decisions easier than before.