Islanders start second half of season knowing it's crunch time 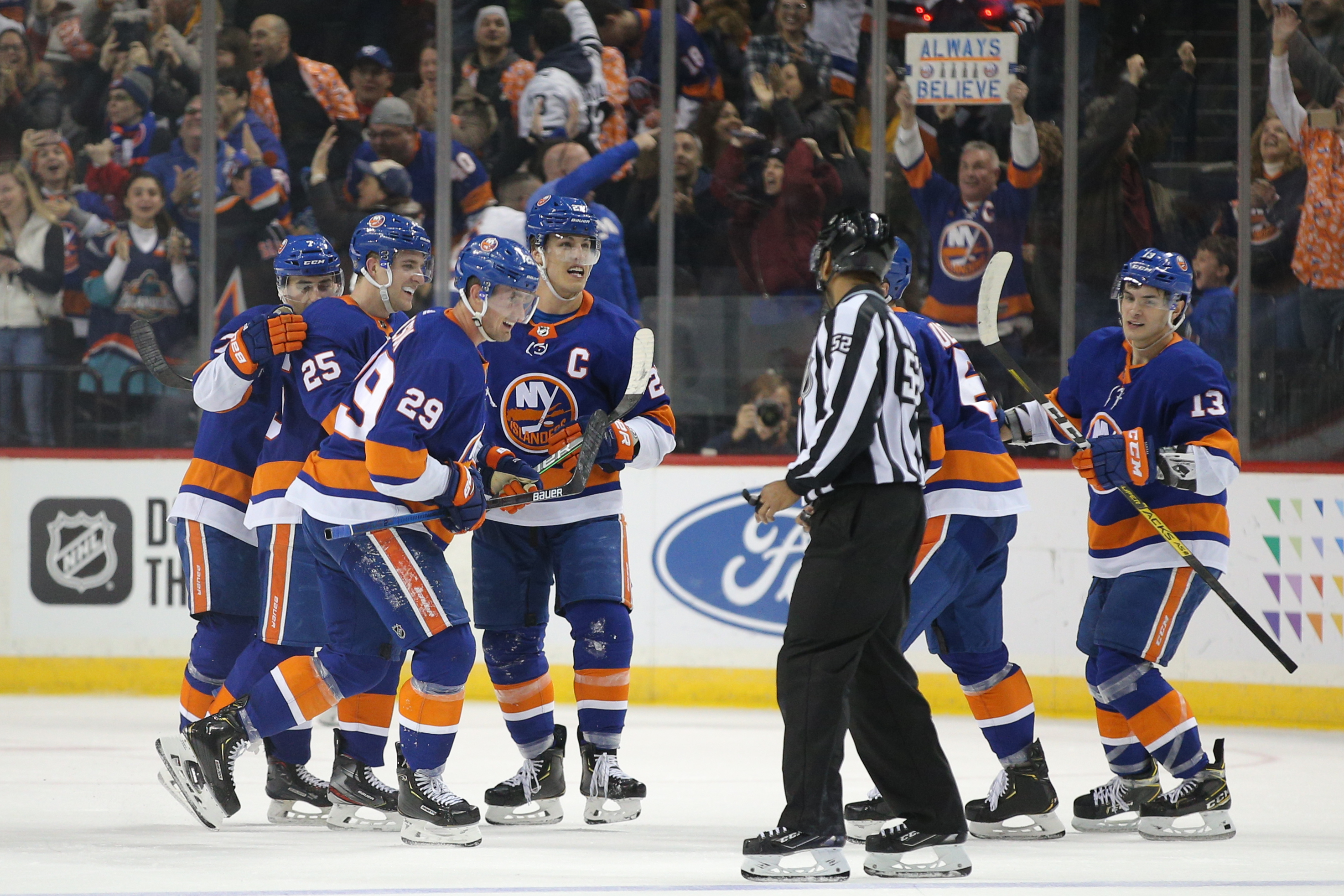 Islanders start second half of season knowing it's crunch time

NEW YORK — The Islanders got a small taste of what life in the second half of the season would be like with their stretch of seven games in 11 days last month.

The Islanders won’t have another stretch that condensed for the rest of the year, but with the team back in full swing following Saturday’s 4-3 overtime loss to the Vancouver Canucks the grind of the second half is upon them. The points become more crucial, the pressure is on and the pressures of an 82 game season start to come to a head.

But that’s what makes this time of the year enjoyable for the Islanders.

“It’s the best. That’s what makes this competition,” Anders Lee said. “Your competitiveness, that drive you have an opportunity to showcase it. To go do something and help this team win. I think we all have that in us and just for me, I love that. It’s like a challenge, it’s fun and you want to step up.

“There’s going to be a lot of big moments, whether it’s goals or saves and stuff down these next two months. You want to either see your teammate do it or you yourself.”

The Islanders partially found a way to step up in a big moment on Saturday, rallying from a two-goal deficit to force overtime and pick up a crucial point in the standings. They would end up falling 42 seconds into overtime, but the game highlighted the importance of even just that one point.

The lone point helped keep the Islanders one point ahead of the Columbus Blue Jackets and Philadelphia Flyers for third in the Metropolitan Division. The Islanders caught a break with Columbus falling in overtime to the Buffalo Sabres, but with the Blue Jackets back in action on Sunday against Montreal, that could all well change.

The point remains, this is the time of year when it’s crunch time. But that doesn’t mean the team’s mentality changes.

“I think things get amplified a little more with the importance,” Josh Bailey said. “Each game is as important, but I think as the season goes on things get to be a little more crunch time. A lot of four-point divisional games you need to win. Probably won’t win them all, but you can’t get too down when you have a tough one.

“You have to just regroup and get ready for the next one.”

Big point for #Isles because #CBJ also earned one point today in 2-1 OT loss at Buffalo.

That will be what the Islanders have to do following Saturday’s matinee in Brooklyn. The OT loss began a stretch for the Islanders where they’ll play 33 games over the course of 64 days.

They’ll play their next of their next five games at home in Brooklyn before heading on a five-game road trip out west. Islanders will play every other night starting Tuesday, which includes back-to-back games on the road in Washington and then hosting Philadelphia in Brooklyn.

“It can be a stressful time or it can be a fun time, whichever you want to make it. To me it’s whatever you focus on,” Islanders coach Barry Trotz said. “If you focus on the competition and the excitement of that, knowing that every game is important than you’re going to be fine with that. If you’re stressing out looking at standings or all that then you’re going to be stressed out.

“Whatever you focus on is what you feel. If you want to focus on the good stuff then you’ll be fine.”

While several of the players agreed the seven games in 11 days was a good appetizer for the second half of the season, they’re happy to look ahead and see a condensed schedule that isn’t that jampacked.

“That was a sneaky grind,” Lee said with a grin. “It is a grind, but it’s a fun grind. It’s what makes this so difficult. It’s what makes everything so much more rewarding when you succeed.”